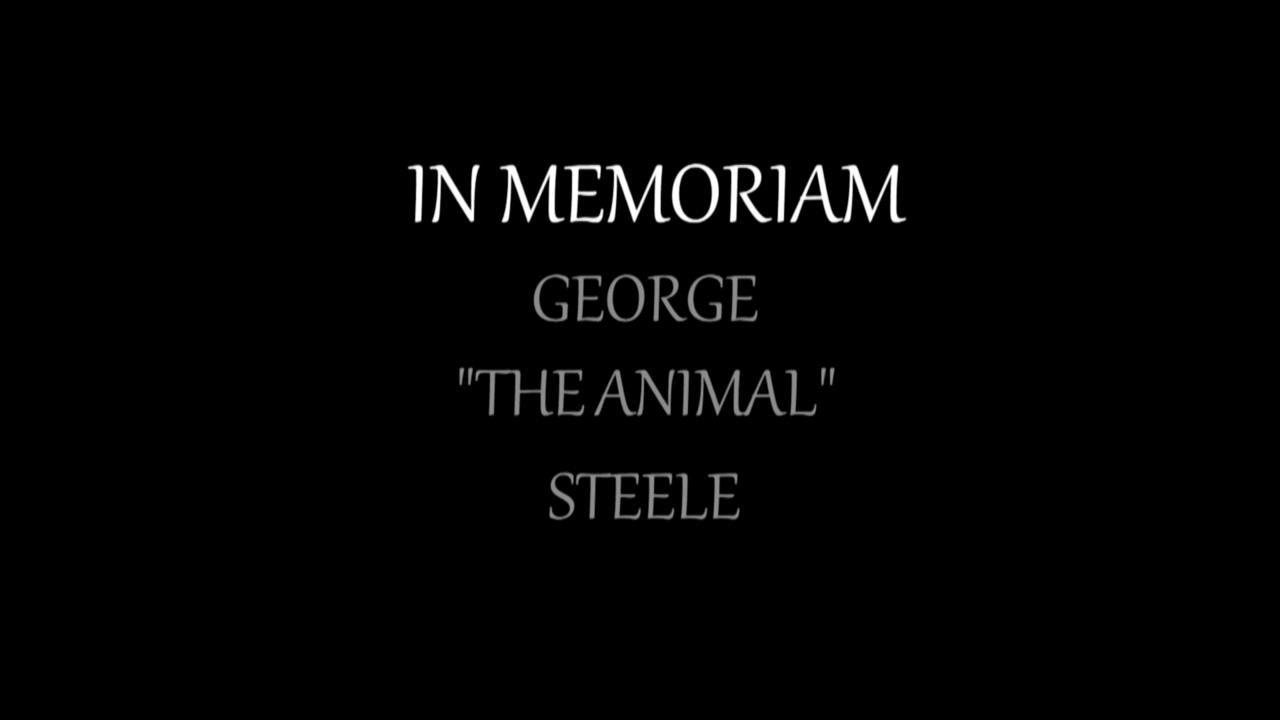 George Steele, Ivan Koloff, Chavo Sr., and Nicole Bass get an in memoriam graphic. We get a Broken Hardys recap leading to a recap of them going for tag titles. Maria narrates a wedding video for Braxton and Laurel. Cody and Brandi Rhodes come out, with him getting a remixed theme and Josh hyping up Cody’s ROH work. We see Brandi and Moose’s win last week. Cody brings out Moose and Cody is all paranoid about losing his wife to Moose. Cody says he’s joking, cackles, shakes Moose’s hands and kicks his balls. Cross Rhodes hits and he gives him the Bullet Club air gun point. So now the Bullet Club is in some form in TNA, New Japan, and ROH. Weird. We get a recap of the beating after the break.

Tyrus and Eli cut a back to back promo and we get a recap of their rivalry. Eli tells Tyrus that he might be on Fox News, but HE IS THE NAMER OF DUMMIES. Eli circles Tyrus, but punches Earl instead. Then Eli jumps into Tyrus’s arms. Pope says that “the new management won’t stand for this” – so it looks like Jeff Jarrett will be the on-air GM soon, and then he says in his greatest line ever “The Anthem owl talks to Pope!” when asked how he knows this stuff.

Maria, Sienna, and LVN do wedding prep stuff. We get a recap of the Eli-Tyrus deal and Eli says that he bought Tyrus off. Matt and Jeff use the drone to teleport somewhere and win titles. Jade comes out and challenges Rosemary to a Last KO Standing match for the title in one last title match. Rosemary accepts and Mike gives horrible advice to Braxton. We get a recap of last week’s Jesse-Kingston match before he faces Bram this week. Josh buries Pope for not attending an Anthem meeting. Jesse wins with a sunset flip.

The Hardys arrive in the CWF Mid-Atlantic locker room and Matt is told to go to the locker room of THE VILLAINS! The Hardys tell the champs that they will win and the match is made. The Lady Squad is mean to Allie and Braxton meets with Allie and tells her that she doesn’t understand. The Hardys win the CWF Mid-Atlantic titles off a twist of fate and swanton with Jeff throwing one of the guys…or rather, a dumpster supposedly with him in it, down some steps.

Josh Barnett cuts a sitdown promo about how Lashley isn’t holding himself to a high enough standard to be called a champion. Josh comes out to face Bad Bones, while Lashley does commentary. Josh wrestles Bones down and lands a nice shoot-style gutwrench suplex. Josh spikes him off a powerbomb before a Northern Lights Suplex into a Kimura ends it. Lahley vs. Barnett is made for the title next week.

Trevor Lee comes out to face DJZ, who shines pretty nicely in this era of the division – with about five people in it. Josh talks about how Braxton would just be marrying LVN for her money and that’s shallow – so Pope brings up that she’s ALSO gorgeous! So that’s completely different then! Josh says he’d be a total gold digger and buy a jetski. Madison better watch her credit card statements. Lee gets 2 off the deadlift German. Springboard rewind rana hits for DJZ so Helms grabs the leg and Lee schoolboys him with the tights to retain. Lee and Helms go to attack DJZ, but Andrew Everett comes down and springboard dropkicks the heels  and spike ranas Trevor before hitting a shooting star press.

Maria asks Braxton if he’s ready and he says it’s all spiraled and it needs to stop. Spud and Rex are the flower people. Maria hypes this up as the greatest wedding (except for hers) of all-time. The fans chant for Allie and Braxton wants this thing to move on. Allie stands up when asked if anyone thinks they shouldn’t be wed. The crowd goes crazy for all this and Maria says we’re not doing that part of things. Allie drops the rings before being verbally abused by Maria and the crowd goes crazy for Allie. She is connecting so well and has done so since day one. LVN says yes, but he says no and she whats him to death.

He assures her that she will one day make someone very miserable, and he’s in love with someone else. A gigantic Allie chant breaks out and he professes his love for her. Braxton talks about being blackmailed and he’s tired of it. Allie tackles Maria! Brooke and Robbie E come down to help Braxton, which is random – but I like the babyfaces ACTUALLY HAVING FRIENDS. Robbie cartoonishly beats up Bennett and Braxton kisses Allie and they go off the air. Well by golly, all of that worked shockingly well and these two do have tremendous on-air chemistry – and they’re married, so why not go with it? Good for them – this all worked.