The usual intro starts us off with no weekly rundown before Eli Drake faces Caleb Konley. Neither man gets an intro and Caleb isn’t really known to the show, and they’re each two tan, brunette guys who look very similar only one is in black and yellow and the other is in black and blue – so this is like two created wrestlers squaring off with no context and for no real reason. Konley hits a Mark of Excellence for 2, but an Air Raid Crash ends it. Well, Blunt Force Trauma was a better finish – but this isn’t a bad one. 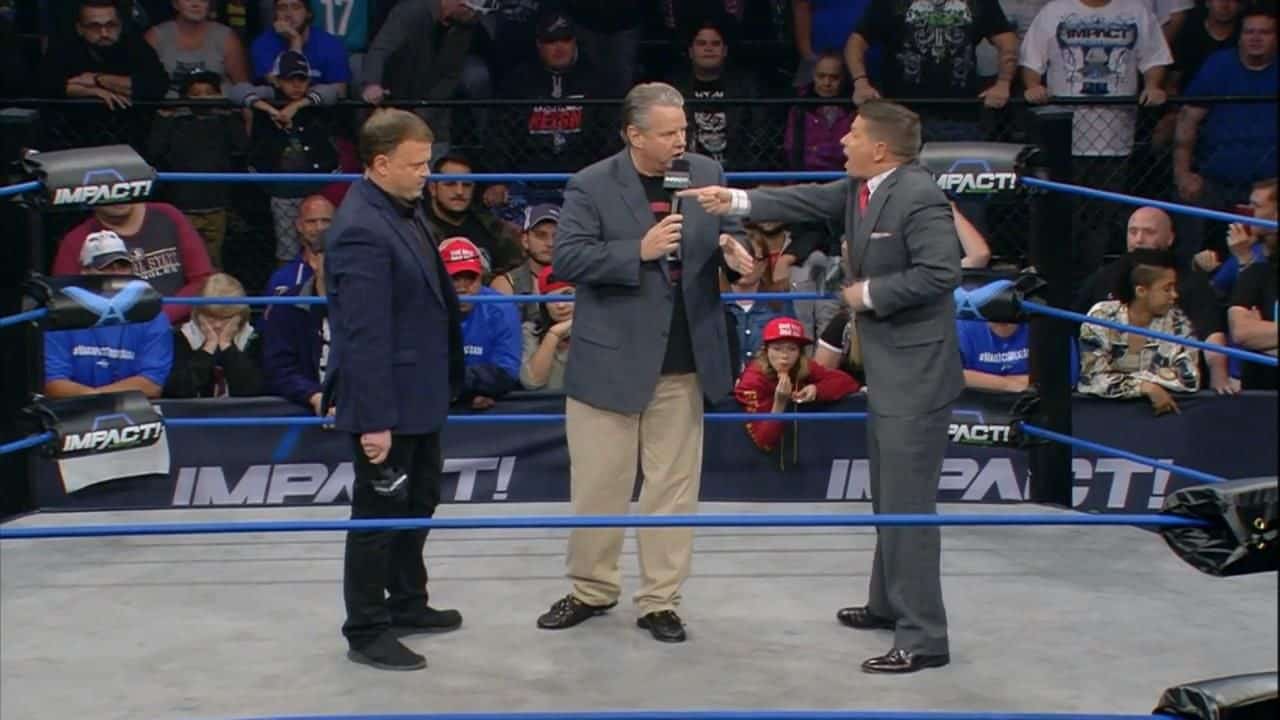 Josh yells at JB and demands a mic before hyping up his wife being a five time knockouts champion before burying JB for not having any ability and not being TV-ready visually. Bruce and his Something to Wrestle ad come down and talk about Jim Ross and bicker and moan for eons. Why is this on TV? He makes a match with each guy picking a team to face one another and the winner gets the lead announcer role.

Ava Storie comes down before Madison Rayne, who Josh cheers for and says that if they left, the company would shut down. Ava stomps away before Rebel comes down and Josh talks about how they’ve done nothing to actually explain the rules and how they get new fans each week. Amanda Rodriguez comes down and brawls a bit. MJ Jenkins dropkicks ACR. ACR stomps MJ, and ACR needs more flattering gear. Diamante comes down to no reaction – so this awful match has killed LAX. ODB comes in and runs into folks. Abandon ship time before Brandi comes down to attack ODB. It’s down to Madison, ODB, and Brandi. Madison takes out Brandi, leading to “smart move, wife!” by Josh. Okay, that’s a great line. ODB TKOs her and wins – so she’ll face Rosemary. Wow has this division fallen off a cliff. 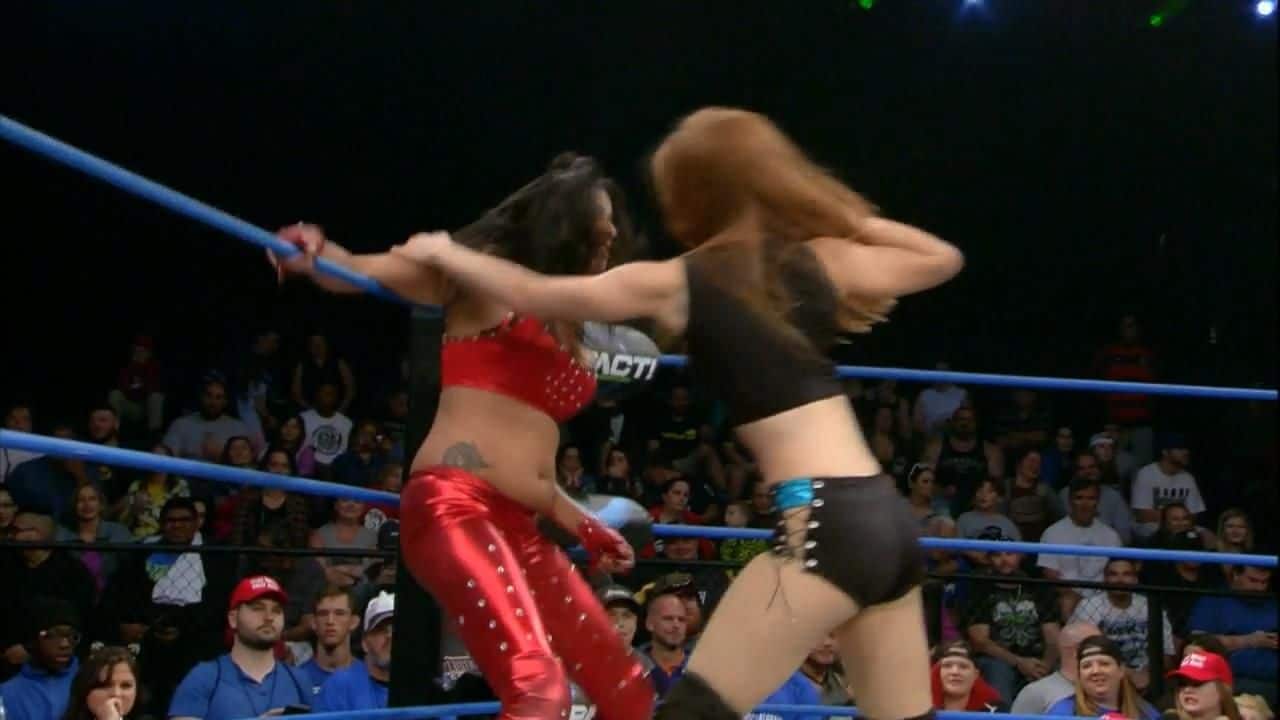 James Storm comes out as the Cowboy once again. Storm asks how many doctors and lawyers they have, but he wants folks who love to have fun. James says that his son came in and had a cowboy hat on and he said “I’m you daddy”. James said he is that guy and he’s proud of it. Storm says that the highest-rated show Impact ever had it s the night he won the title. Great, another company doing the narrative of “things were better before now”. The rest of the DCC comes out and Kingston complains. Storm says that Kingston was busy begging for a job before he gave him one. Storm says that if he wanted a bitch, he’d go to Tinder – which gets a great reaction. Storm superkicks their asses and says he is the cowboy.

Davey talks about Impact for a bit. Everett talks about knowing Trevor for 10 years and having him beat, but GS Helms hurt their bond. This leads to Helms saying that Everett can get one step closer to facing Lee again, and we get a nice hype video on Lee. Everett faces Rockett and Suicide . Suicide hits a trust fall to the pile on the floor. Rockett hits a nice spinebuster for 2, but Everett makes a save. Everett Pele kicks Suicide before SSPing Rockett to win. Davey comes out to face Eddie Edwards in a last man standing match. 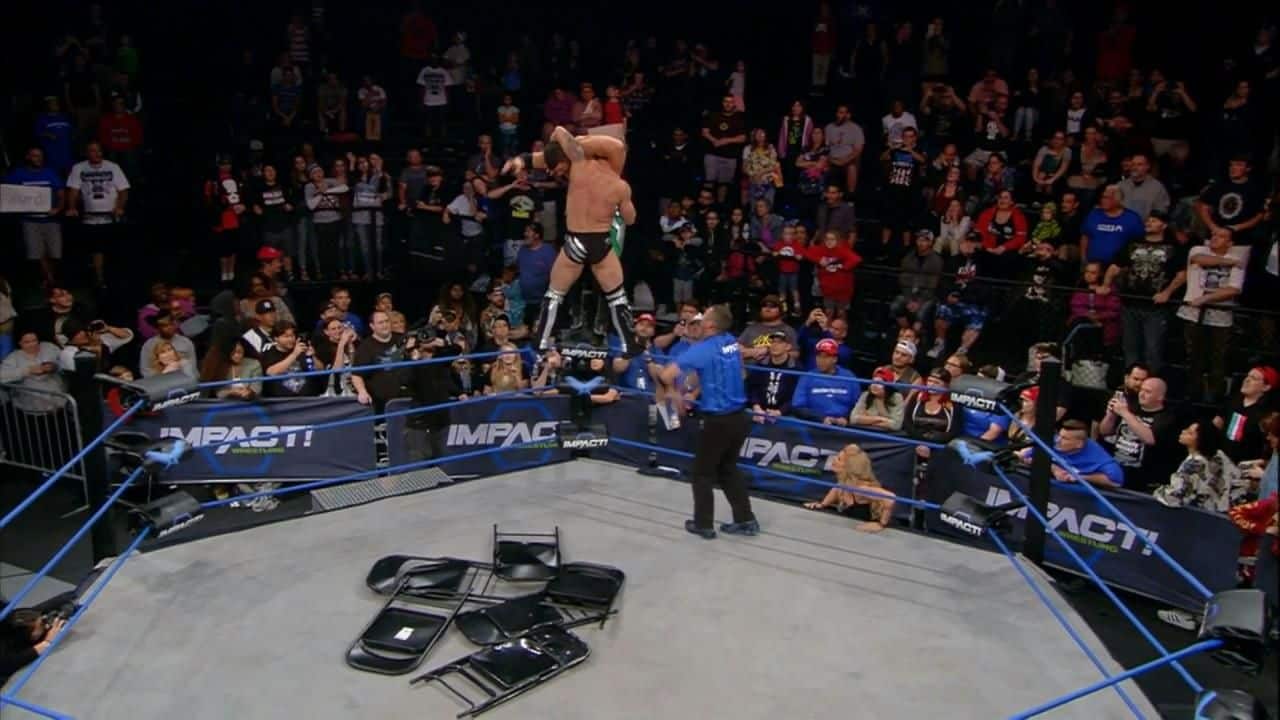 Eddie jumps him on the ramp before hitting a big dive on the floor. Walk and brawl around the ringside area leads to Davey being crotched on the railing. Eddie goes for a dive onto Davey, but Davey dodges and Eddie hits a garbage can. Davey chokes him with a chair before setting up a chair bridge. Eddie powerbombs him through it! Eddie piles chairs into the ring, but Davey superplexes him onto them. Alicia comes to ringside so she can talk trash to Angelina. Eddie eats a beating, but comes back with a running chairshot in the corner. Eddie traps Davey’s head in a chair before hitting a nasty double stomp. Alicia whips Angelina and Josh buries security for doing nothing.

Angelina tosses her into the barricade. Eddie goes for another running chairshot, but Davey uses a chair to send that chair into his head. Davey wraps Angelina’s chain around his leg, grabs Angelina’s chest, makes out for her and he buzzsaw kicks Eddie to win. This was the best match on Impact in months – but still felt held back by TNA doing what it always does and over-complicating the story. The women don’t add much to the actual match, but add to the story – so keep that stuff after it. 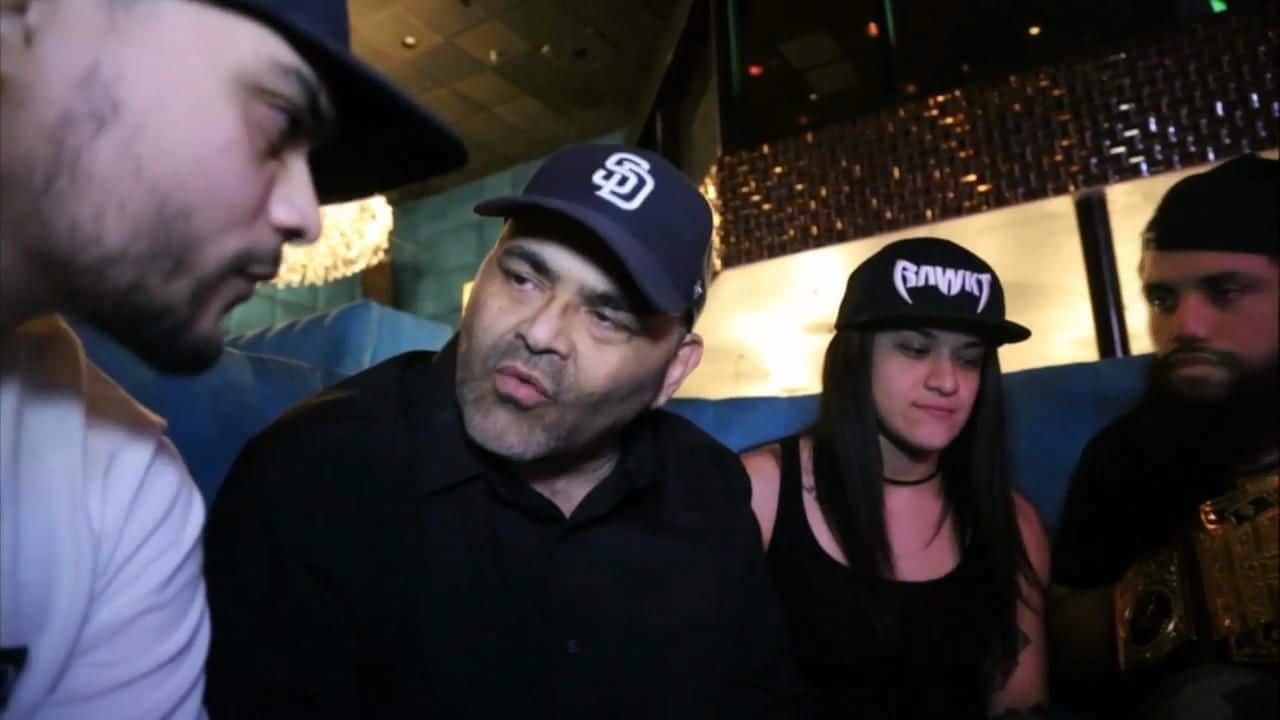 An Iraqi Freedom video leads to a hype video for the Veterans of War, which probably includes Gunner. LAX’s title win is shown before we see their victory celebration. Konnan is such an awesome promo and their presentation works so well – it just doesn’t feel like this is the right cast of characters for the role though. Diamante fits in well outside the ring, and they all do that to be fair – but the actual champions don’t play the part of Latin badasses out to start a revolution. They all need revamped gear too – because the generic indy getup, especially for her, doesn’t fit this.

Then we go from the Latino gangbanger team to…a graphic of the two whitest men on Earth in JB and Josh picking their teams and that being a reason to watch the show. Of course it is. Storm is in the studio laying down a remix for Longnecks and Rednecks for some reason, despite that first version being absolutely perfect for him. We get an extended recap of the knockouts gauntlet before ODB brags about being knocked up champ again. Alberto and his Mexican restaurant theme come out to face a man that Spud doesn’t name because of how badly they edited the show. 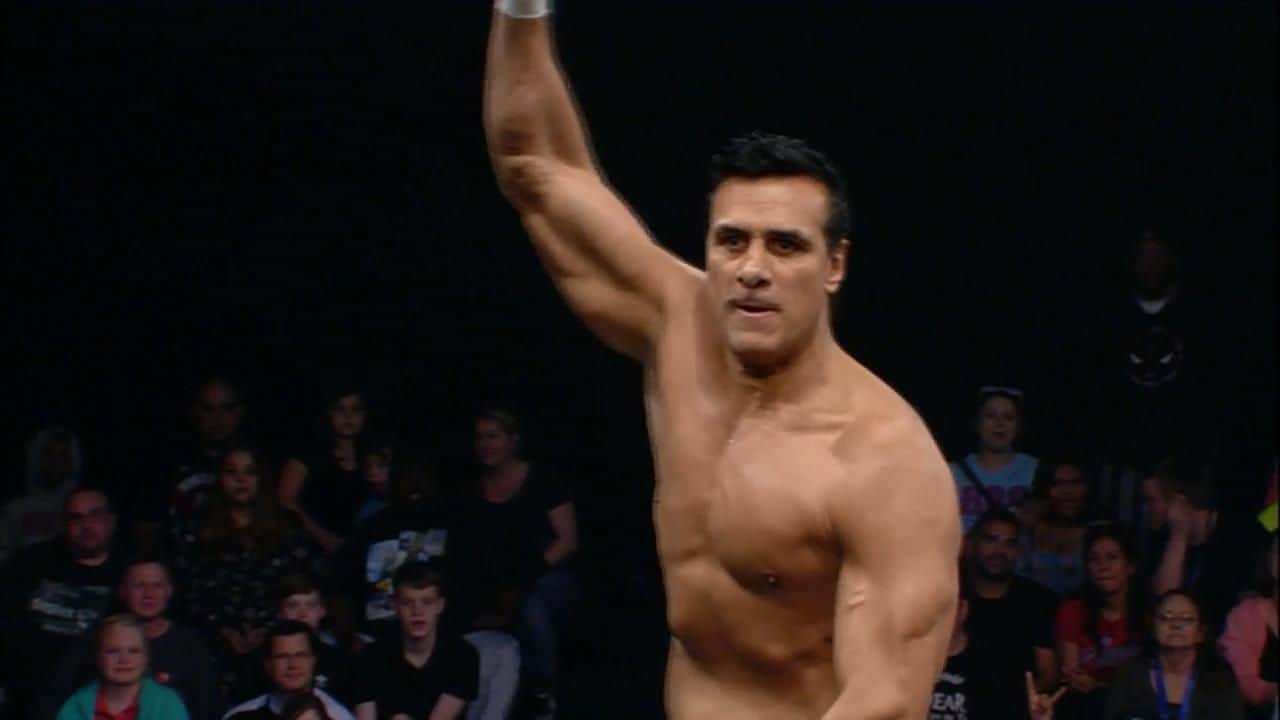 His name is John Bolin and Alberto kills him with a back suplex before a double stomp ends it. Alberto did as little as humanly possible here, but still got over, so good for him. Alberto says a few things about kicking ass before MK threatens Braxton. Karen talks down to everyone and tells Braxton he’s too good for this , so she makes MK and Sienna against Braxton and Allie.

Fury will be unleashed on Allie and Braxton next week – and by gum, that’s when that tag match is too. Well, that’s not good. Bruce Prichard comes down and we get more bickering. Lashley and Alberto are on Josh’s and JB’s teams respectively. Bram joins Team Josh, before Chris Adonis joins JB. Eli comes down for Josh, and then Tyrus joins as well before Josh demands they beat up JB’s team. Matt Morgan makes the save, kicks ass, and gets a “Morgan” chant. His fourth pick comes in, but they are “out of time” so the reveal will be on the official website. So they do this kind of bullshit show finish for an ANNOUNCER FEUD. Unbelievable. 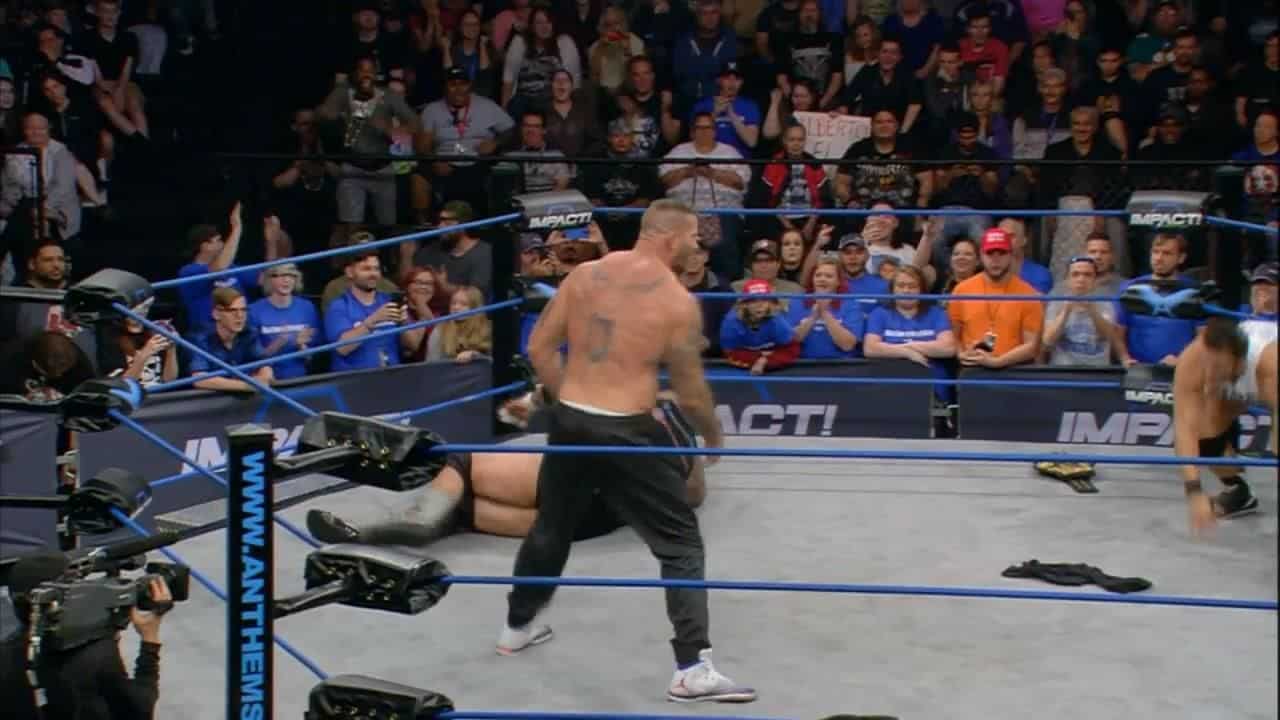 After the show, Magnus returns and Pope hypes up Team JB as the Dream Team.