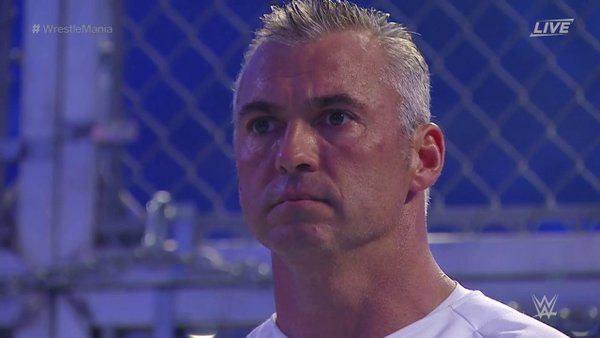 Shane McMahon was a guest on the latest Steve Austin Show. Some highlights are below:

On WWE wrestlers walking on eggshells: “I’m sure there’s some of that. The freedom to kind of try things is limited. You can try them out more on house shows. As you know, when you try certain things you can see whether they work or don’t work. When it comes to TV, there’s a certain finite of the amount of time that you have. We go back to what we were speaking of originally about telling a good story. It’s hard to tell a good story in formats, so you either have to cut elements out and go right to the heat, or whatever story you have coming out, how is that story pushing into next week, or building the story enough where you have the time to tell it and pay per view, so that’s a big distinction. I think a lot of guys also, again, with the territory days drying up, they never had the ability to go try it somewhere else so they don’t know. It’s like trying out for Football; you go out and play Sandlot Football and you think, oh this is pretty good, but then you play more organized Football in High School and then you get knocked out, you start thinking, wow, this is a lot harder than I imagined. You get to the College level you say to yourself, wow this is a lot more difficult, so there isn’t that maturation process that it used to be, so we’ve had to recreate it and that is what really NXT is now there to be. Even before—with Triple H doing a phenomenal job with a new cast of guys and is really building that territory, with Dusty [Rhodes] prior to him, Triple H has taken it to a whole other level. Prior to that, that is originally what we wanted ECW to be when we purchased it. I wrote a business plan just to be that Triple-A system because we needed guys. Whether they are coming out or coming down, there are certain guys that are peaking, but they can’t stay at the peak forever. As they come down, they start taking that knowledge where we take a kid and get them in the ring, make them feel why they are doing certain things.”

On what went wrong with ECW: “That was how they distinguished themselves by doing those crazy things. There was also a lot of great matches that never had the violence in ECW, so we had to tone it down along with the whole Attitude Era, we weren’t PG, we were PG-13, or a little bit above that. I don’t think ECW suffered because it had to be toned down, everything is kind of toned down now because of acceptance, advertisers and just kind of where America sits at the moment, it’s kind of wherever advertisers put their money.”

On SmackDown having more opportunities than Raw: “Let’s separate the two shows for a second; Raw and SmackDown. SmackDown has a lot more spontaneity than Raw. I think it’s because it’s not as regulated as much as Raw. Raw is #1 and has become the longest reigning TV show in episodic television history. SmackDown is #2 or #3, anyway back to SmackDown Live. Kudos to Brian James, everyone is working hard to come up with that spontaneity to give the guys and girls an opportunity they wouldn’t have had if it had been under one brand. So we try to take having the right opportunity along with telling the right stories. Whatever your story is, let’s make the best out of these two guys. Well, they don’t yet because we don’t know their story so let’s make them care.”

On the differences between WWE and the NFL: “Again if you are thrown into a system where you have to do that then you either do it or you are crushed or booed out of the building, you don’t try and the Promoter says bye bye. NXT is different because we are creating the talent literally, and there is an immense amount of talent coming in from all walks of life. Whether it’s a guy, Construction Worker who has amazing talent, or a former NFL player, or just an amazing athlete. The thing with NXT now is we are doing so much on the job training, so much happens, even now when you come up to Raw and SmackDown, seasoned guys who wouldn’t be considered seasoned from back in the day because of the experience of not getting the opportunity to go through stuff. Again, it’s a different time, like you said earlier, fans want to watch, but also want to ruin their good time by critiquing, like oh, that guy should of done this, X,Y,Z, but that’s because fans have never put themselves in that environment—it’s hard. I just watched the NFL Draft and to see how excited we were for those guys, and my boys were pumped, but it’s not like you put on a helmet, you go to the Combine, you run a 4 or a 4-5, they’re like, okay awesome, we like you, you are a good kid, but our business is so unique because not only do you have to have the athleticism to be a great storyteller and you have to win the crowd. When the crowd likes you, or likes to boo you, either way, now you have something, but they have to care about you. That is the story that you tell in the ring, your persona to do what you are doing within the confines of the ring. It’s hard to teach them that special sauce.”