Hello and welcome to another 10 Thoughts on a Memory!  The last time I tackled a much more serious and impactful situation of Orndorff turning on Hulk.  Well, today we go a little serious, but very much on the comedic and carny side of the wrestling business. But first, a backstory so we’re all caught up.

Back in the days of the NWA, the World Champion was chosen by a group of promoters. This champion would go around to all the different territories meeting the top draw in the town.  This was a rigorous schedule to be sure, but it was also pretty much the highest honor in wrestling.  However, to get this honor, and the physical belt, you had to put down a $25,000 deposit, to be paid back, with interest, when you lost the belt.  This had been going on for 60 or so years by this time.

Ric Flair was of course the current champion in the beginning of 1991.  Jim Herd, of Pizza Hut fame, had been put in charge of what was now known as WCW, with absolutely zero wrestling experience.  Such experience leads to ideas like having Flair, the best wrestler of all time, and NWA/WCW flag bearer for 10 or so years, cut his hair, pierce his ears, and become “Spartacus.”  Sound dumb?  Well it did to Flair as well.

Needless to say, Flair refused.  The massive pay cut that Herd wanted Flair to take also just MAY have had something to do with it.  So with no warning, and certainly no foresight, Herd fired Flair without ever taking the belt off of him!  He left himself with no champion, and more importantly no belt.  That’s because Flair asked for his 25,000 dollars back, with interest.  Herd, not knowing the ramifications of your own World Champion showing up on the competition’s television show with your belt, told Flair to go screw himself. 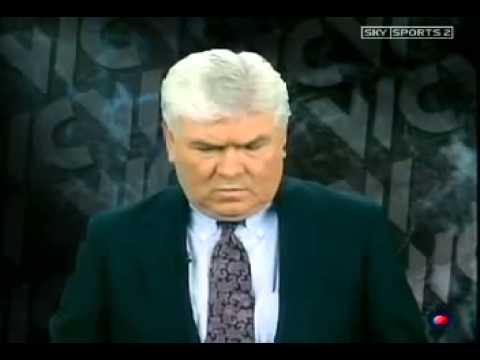 That’s just the beginning though, and there will certainly be time for that article.  But for now, let’s focus on the task at hand.  The Great American Bash 1991 is not only widely regarded as one of the worst and most confusing shows ever aired, but it was the beginning of what we are, the “smart fan.” So there you have it.  Most likely wrestling’s largest social experiment, and to date, one of the worst PPV’s ever.  I highly encourage you, if you have access to the network, to watch this piece of garbage.  No matter how much we complain about Roman Reign’s push, or the direction of the current product, nothing can ever compare to the way WCW treated its fans on this night.

And never forget, WE WANT FLAIR!

Spaceballs/Strange Brew qouter and all around movie buff. Mixed Martial Arts and Professional Wrestling aficionado. The Ohio State Buckeyes, Cleveland Browns, Cleveland Indians and Cleveland Cavaliers are his life. Had the thrill of a lifetime by catching Mr. Perfect’s gum at a house show in 1992. Slapped Andre the Giant on the chest in ’88 and is still scarred from the stare he received. Ladies and Gentlemen, weighing in at a RIPPED, JACKED and RACKED, uh, a lot of pounds, from Broadview Heights, Ohio, Matthew Schuerman!