It’s time for yet another new era in TNA/GFW history as a new intro showcases the company’s various network and promotional partnerships. It’s fairly well-made and does actually make them come off as a major league. American Top Team comes in with Lashley and Jeff Jarrett slaps hands. The Super X Cup finals are hyped up alongside Gail vs. Sienna and Sydal vs. Lashley. McKenzie knocks on Bruce’s door and says she just saw someone interesting. Well, knocking on a door is a lot cheaper than having a limo roll up backstage. The ropes are now all-green to further this being GFW and not just Impact with a minor rebranding. Gail comes down first before Sienna comes down with the new GFW Knockouts title.

Gail gets 2 off a quick sunset flip. Gail gets a reverse DDT for 2 and she goes for Eat Defeat, but Sienna avoids it. Gail hits a 619 on the post but gets gordbustered on the steps. They fight up top for a superplex, but Gail avoids it with a sunset bomb. Gail hits a corner charge, but misses the corner crossbody when Sienna chokes her out of the move. Eat Defeat hits, but KM distracts the ref. Taryn Terrell returns and hits a cutter to take Gail out and the AK47 ends it. Taryn rakes her boot against Gail to finish that all off. 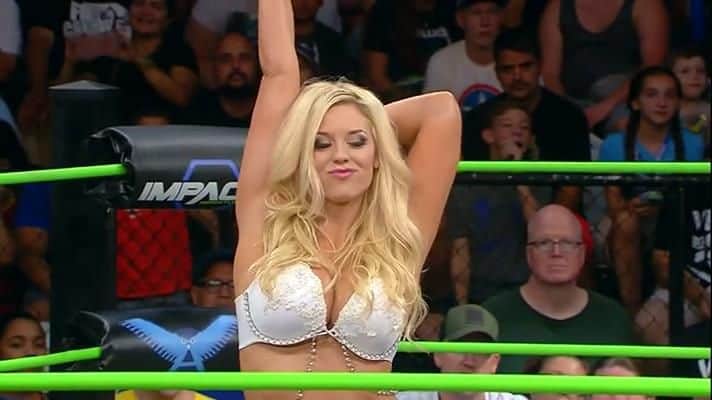 Sydal talks about moving in fast forward, but seeing in slow motion and wants folks to see Reborn Matt Sydal. Bruce Prichard comes down with the title and JB talks about Low-Ki not getting his title shot tonight and Bruce finally gives us his on-air title – corporate consultant for “the GFW”. He says this year has been great, but next year will be even bigger and better. They’ll sell more than 400 house show tickets? He reads a statement about Alberto being stripped of the title. Bruce says he’s done some research, and after researching his own job, he found that he can’t give it to just anyone – but he wants Lashley to have it.

Jim Cornette comes down with a mostly grey head of hair to Lashley’s theme and a large bald spot now. Bruce has some jokes about Jim Cornette and Dairy Queen and Jim talks about wacky titles. He talks about Anthem having a lot of experience elsewhere, but they needed someone to help deal with wrestling’s craziness, so they brought him in! Bruce says no one outranks him here and he loves him, but he does need security to come down. Cornette rants about Bruce and fires him. The crowd chants “get the f___ out” which has Cornette ask them to tone it down before kicking Bruce out. The fans sing the goodbye song before Cornette tells him to say his hellos to the kids. 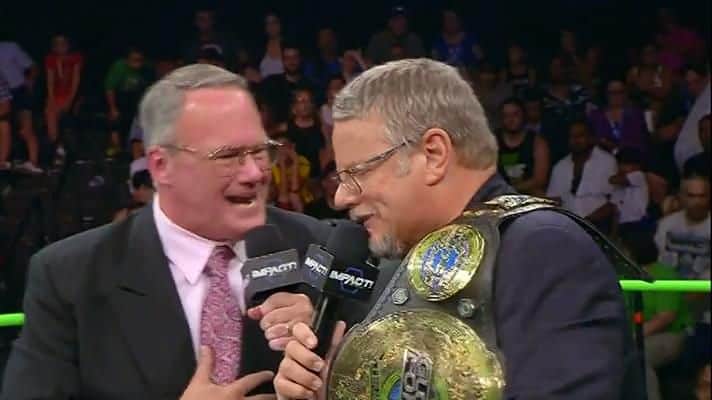 Cornette officially declares it being a new day for the company – only about the 10,000th so far. He says big stars won’t come in here and act like they’re on vacation – athletes will have to prove their worth to the fans. He’s going to put 20 of the best in a gauntlet for the gold next week. Konnan calls Cornette a cracker and a bitch before saying that Low-Ki shouldn’t have to jump through hoops to get a title shot he was owed. Well, he’s not wrong. They crowd Cornette and he tells him that he agrees, he should get a shot – but it can’t happen due to Corporate, but he’ll put him in the gauntlet at 20.

Ishimori comes out for the finals of the Super X Cup against Dezmond Xavier. Ishimori lands a flapjack facebuster. Dezmond goes for a rana but eats an alley oop for 2. Xavier hits a variety of corner attacks before a big kick and a corkscrew moonsault for 2. He goes up top but rolls through before eating a calf kick and a pop-up double stomp gets 2.5. Xavier hits a double jump Pele to win – well, that’s a ridiculous move, let alone as a finish. He cuts a boring promo afterwards. 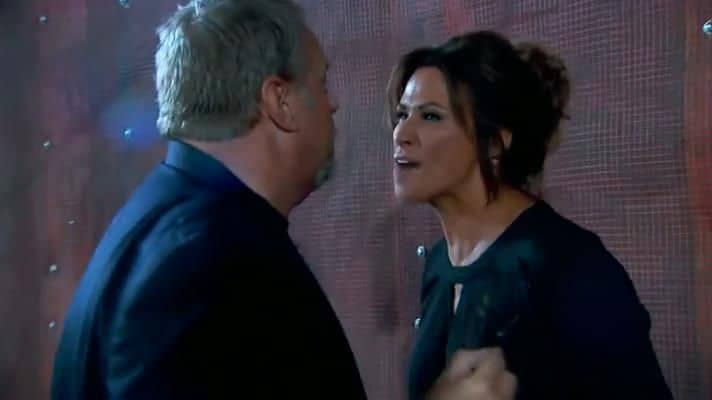 Bruce and Karen yet into a yelling match, with her breaking the damn sound barrier with some of her screeching. Grado meets with Joseph Park and buries everyone who talks to the media about how bad the company is. Well, that sure is an oddly-specific thing. Grado says goodbye next week. Trevor Lee comes down and then Sonjay does and JB puts over how the company was the first company to broadcast from India.

JB puts over ShopImpact’s signed table pieces. Don’t everyone break the internet trying to get one. They fight on the floor for the ladder and Sonajy is taken down, giving Lee a chance to set a ladder up mid-ring before putting it in the corner and slamming Sonjay on it. Trevor gets a table and puts it in the corner for a basement German, but Sonjay turns it into a DDT. They fight over the table with Sonjay doing a slick slide over it, and then Lee smashes him with a forearm. Sonjay sends him down and then Sonjay goes to climb, but Caleb Konley comes down to take Sonjay out. Petey comes in and hits a Canadian Destroyer to Caleb. Sonjay and Trevor fight on the ladder and Lee gets sent down onto the ladder bridge to give Sonjay the win. 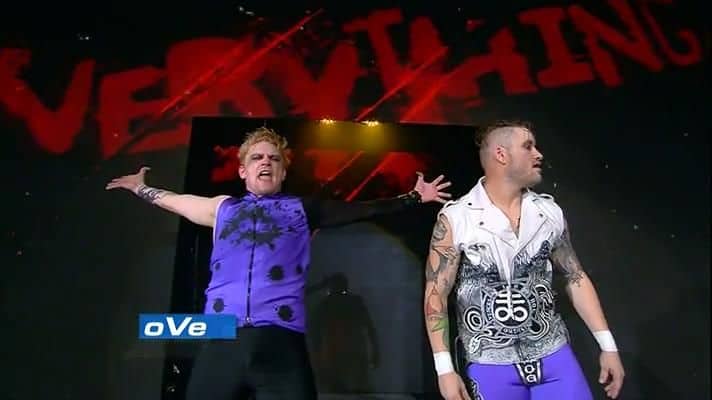 Dave and Jake Crist come down as OVE to battle jobbers. JB puts them over as two completely different people and how he saw them beat the Young Bucks in the ECW Arena and had to see them come in on a national stage. Jake is in a purple top and yells “what are you f___ing doing!?” to his opponent before a big boot. Jason Cade hits a handsrping codebreaker, but Zachary White eats a forearm shiver and a spin kick. They hit a high/low kick to end it.

Moose and EC3 talk to Cornette about needing to be in the gauntlet – and Cornette says they’re already in. Eli and Adonis want in too and he says he’s the unrecognized top guy. Lashley comes down to face Sydal, who starts off with leg kicks. Sydal hits a rana for 2. Lashley hits a nasty Irish whip into the buckle and actually bumps for it – I love that. Lashley hits a big corner spear and then dominates with throws and suplexes. Sydal is being played up as the 1-2-3 Kid to Lashley’s Razor Ramon. He avoids a superplex, but the powerslam hits after he counters the sunset split. Sydal kicks out at 2, so Lashley goes for a chair. Sydal Van Daminators the chair into his head and he goes for the SSP, but Lashley gets the knees up. Lashley’s corner spear misses and Sydal wins with a schoolboy. ATT attacks the ref and Lashley breaks things up. John Hennigan closes the show with a video and says he’s the Thursday Night Delight, the AAA Triple Champion, the Lucha Underground Champion and it’s just the beginning. His new name will by Johnny Impact – which is far worse than his actual name. 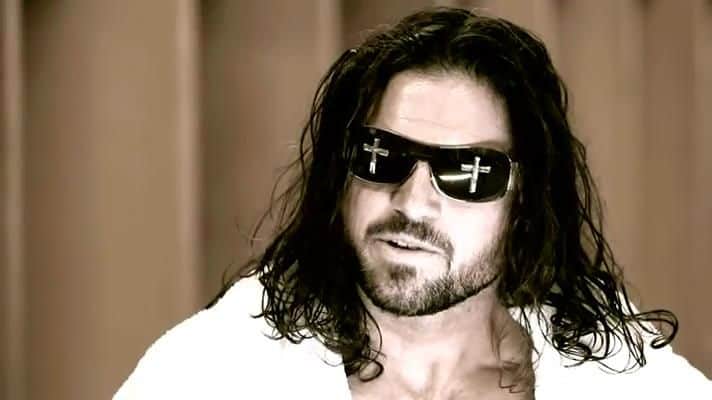