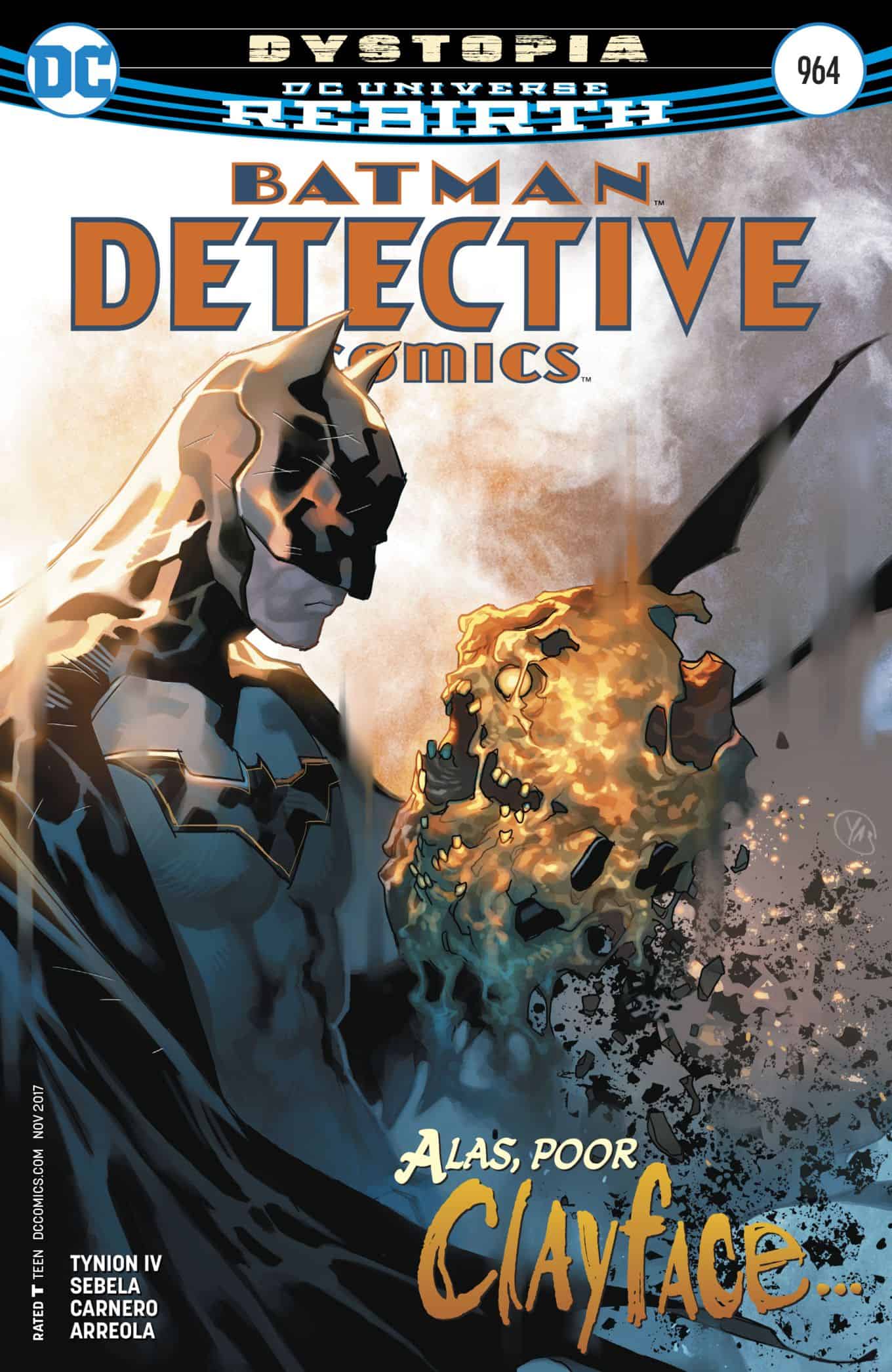 The book opens in the past with Clayface visiting Mudface, of the Victims Syndicate, in Arkham Asylum telling her that… 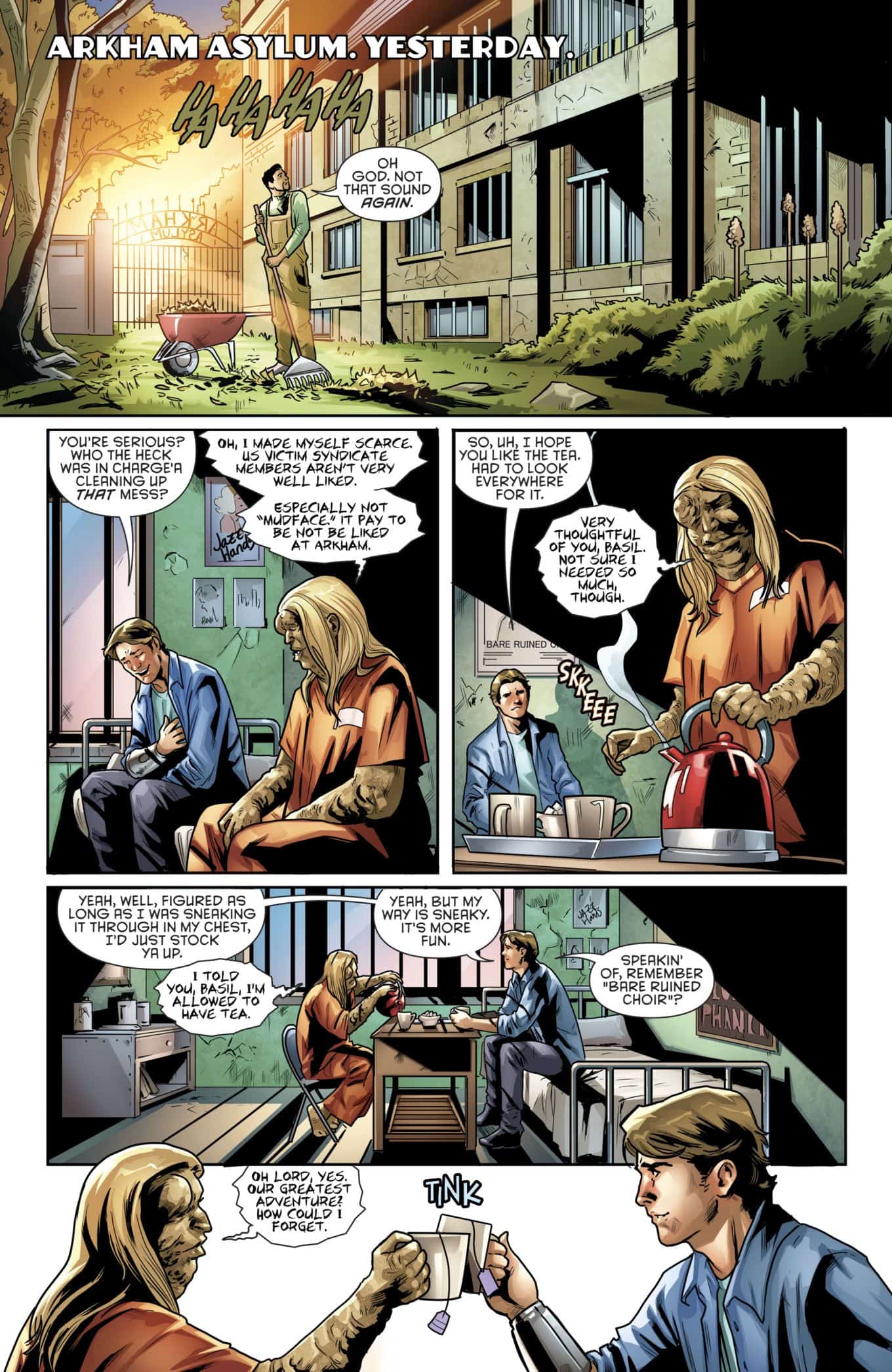 …that there may be a cure fir their muddy conditions.

That said, I’d still love to see the Mudpack in DC Rebirth though.

Anyhow, back in the present Lonnie Machin / Anarky continues to try to seduce Stephanie Brown / Spoiler and make her thing he is vorttuous for setting up a city within a city for the freaks and geeks of Gotham City to avoid persecution, but Batman intervenes and tells all that is lie. 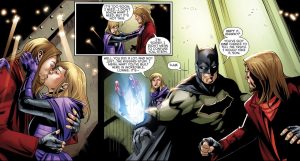 At the same time, in the same city within a city, Clayface goes mad and gets into monster mode, but…

…is stabilized by Cassandra Cain / Orphan who puts him in his special bracelet to control Basil Karlo’s Clayface transformations. 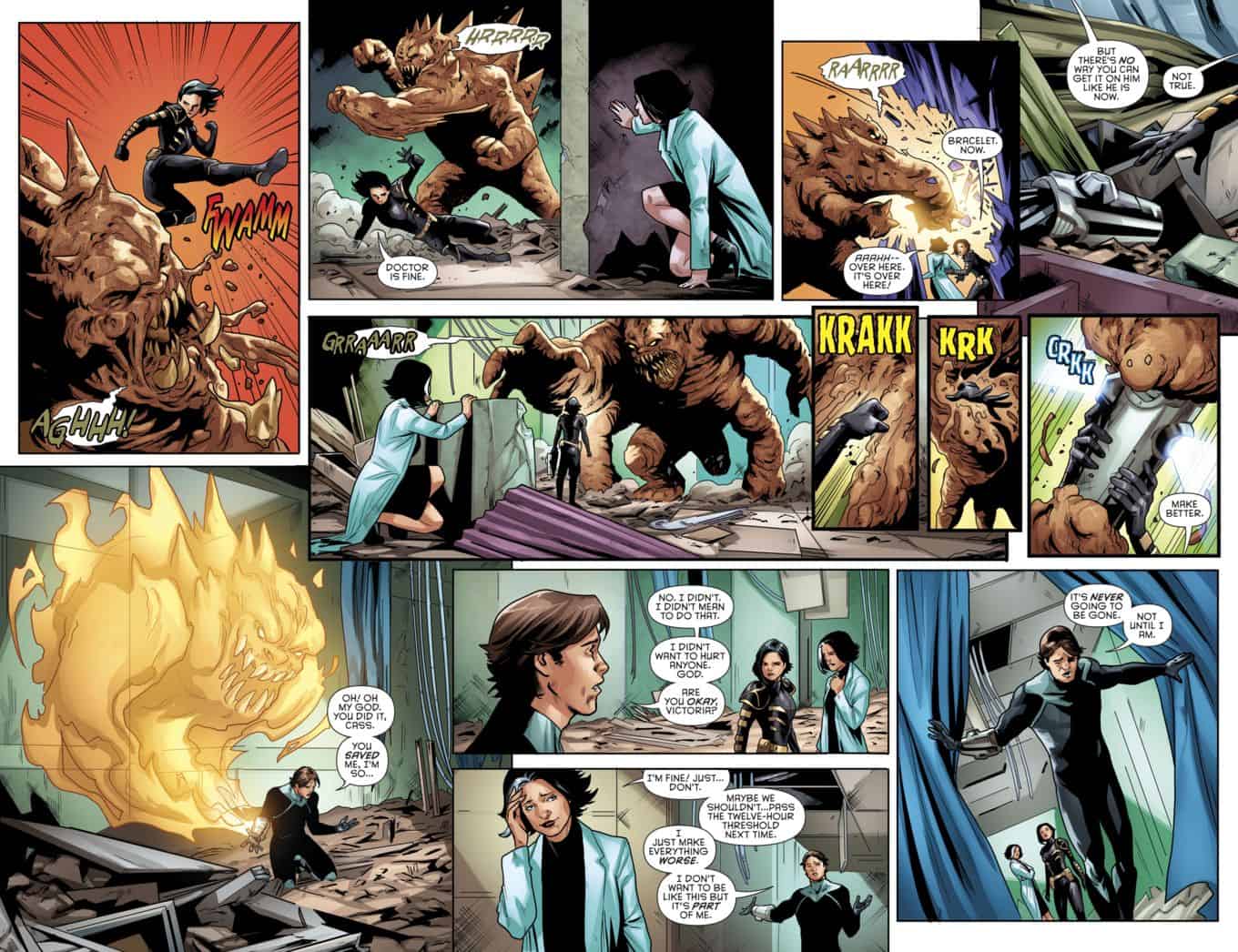 Batman and Anarky battle and he reveals he is league with the The First Victim of the Victims Syndicate who helped finance and pull this city within a city together. 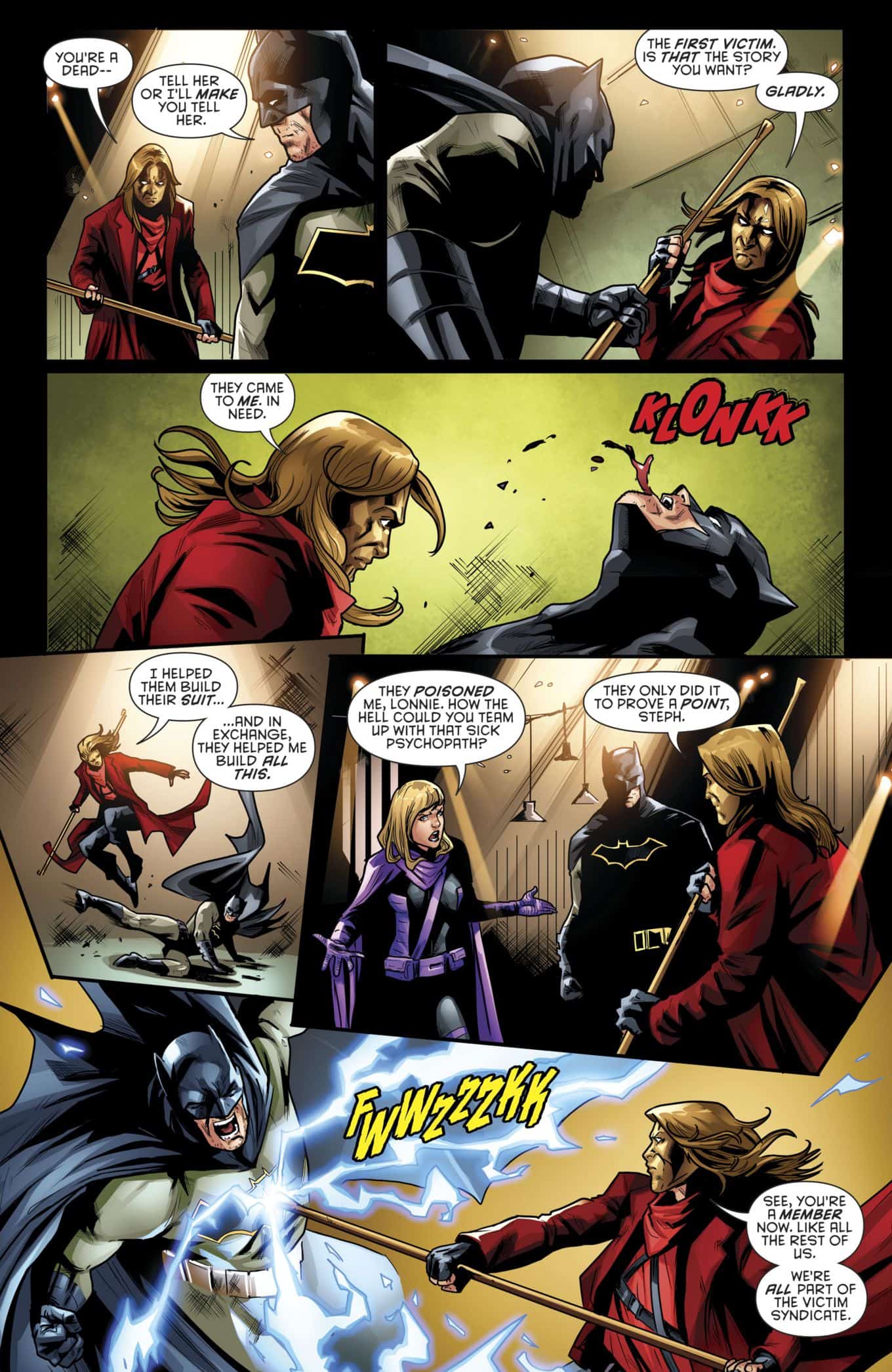 Batman and Stephanie defeat Anarky as Harper Row, a denizen and helper in “Monstertown”, watches as Stephanie leaves.

Not be understated, that page reveals that Batman believes Tim Drake is alive setting up the next arc. 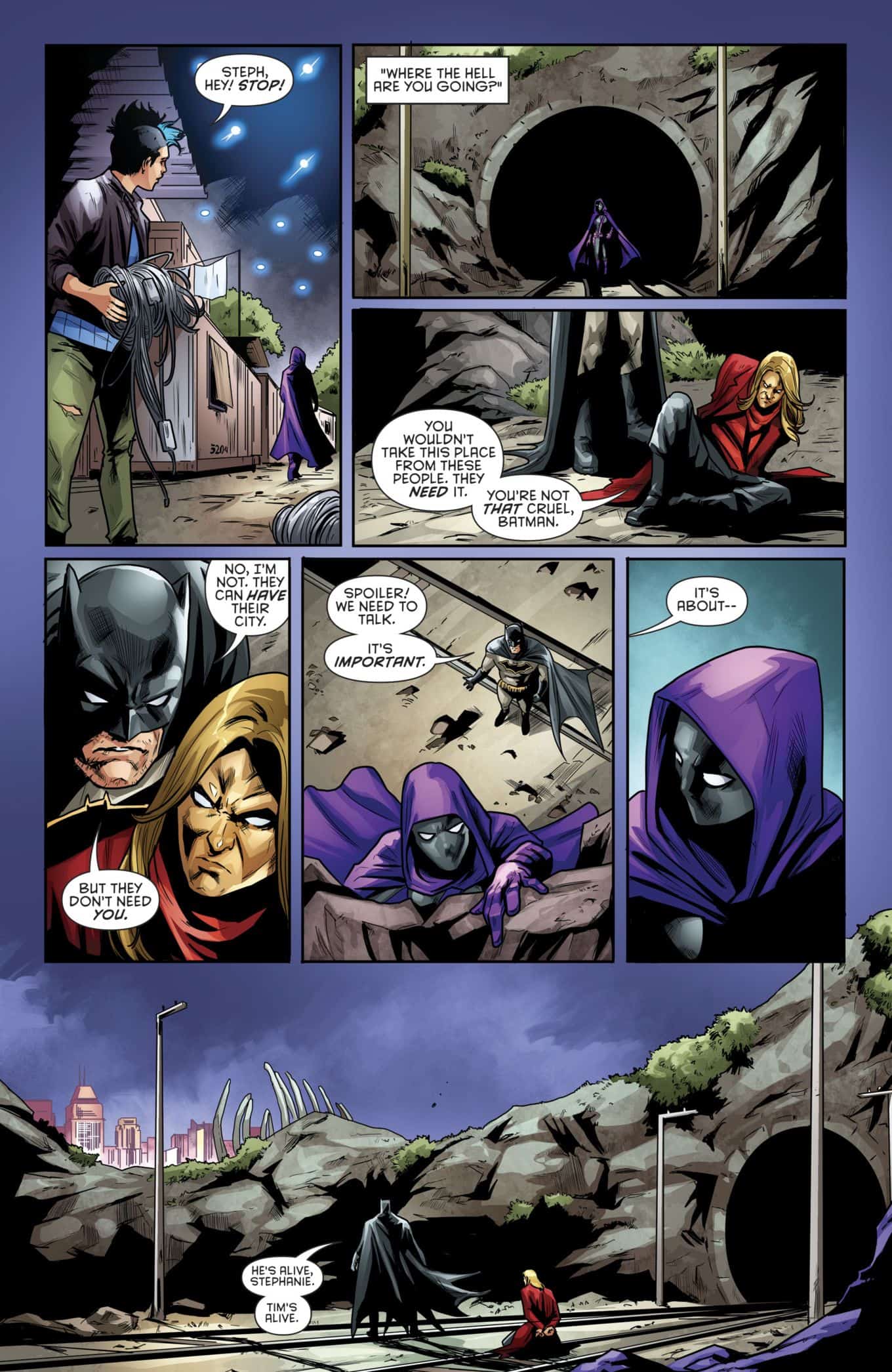 And, we also find out that the imprisoned First Victim is planning… something… with Anarky providing her a cloned version of Stephanie Brown’s phone. 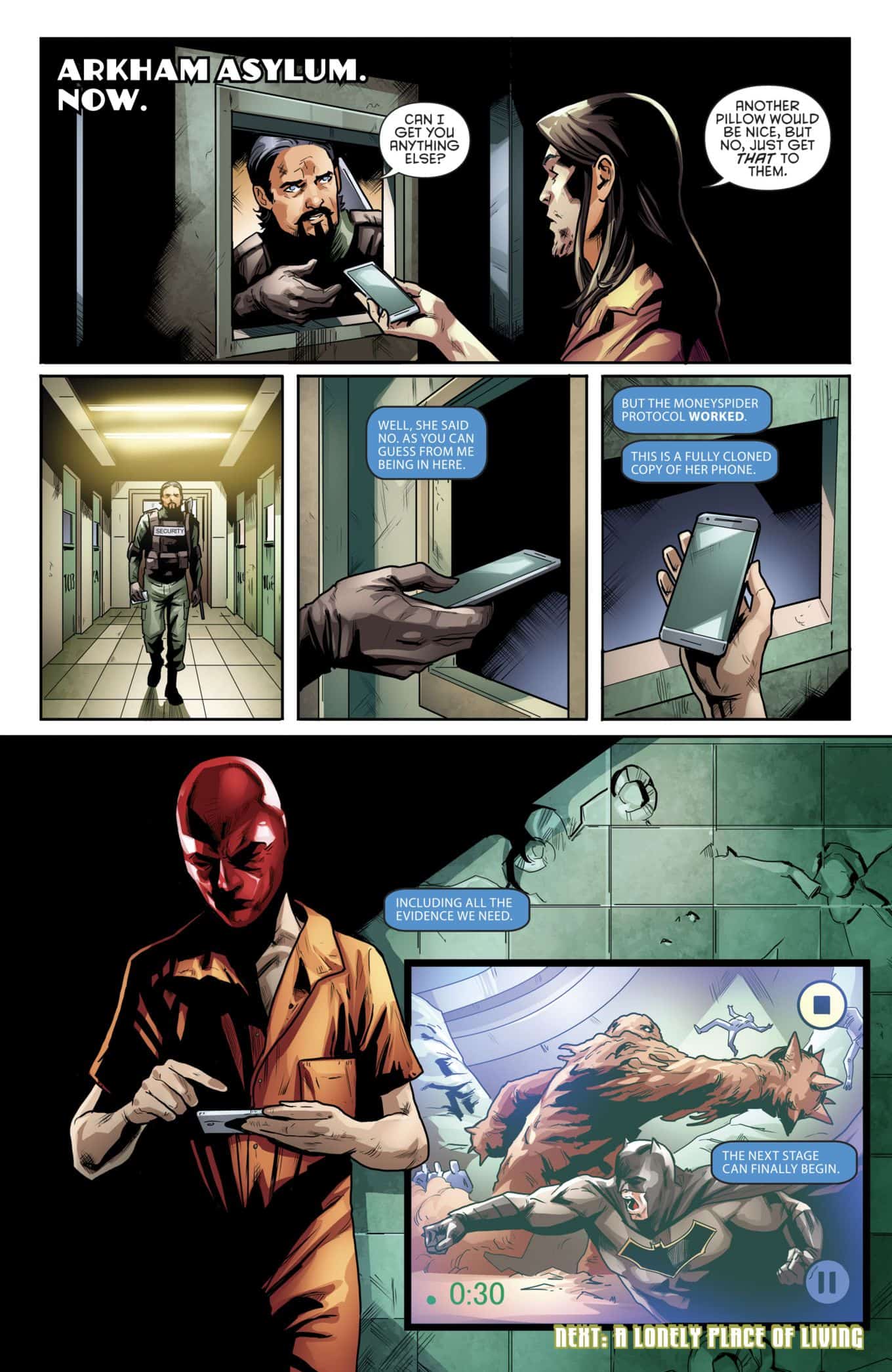 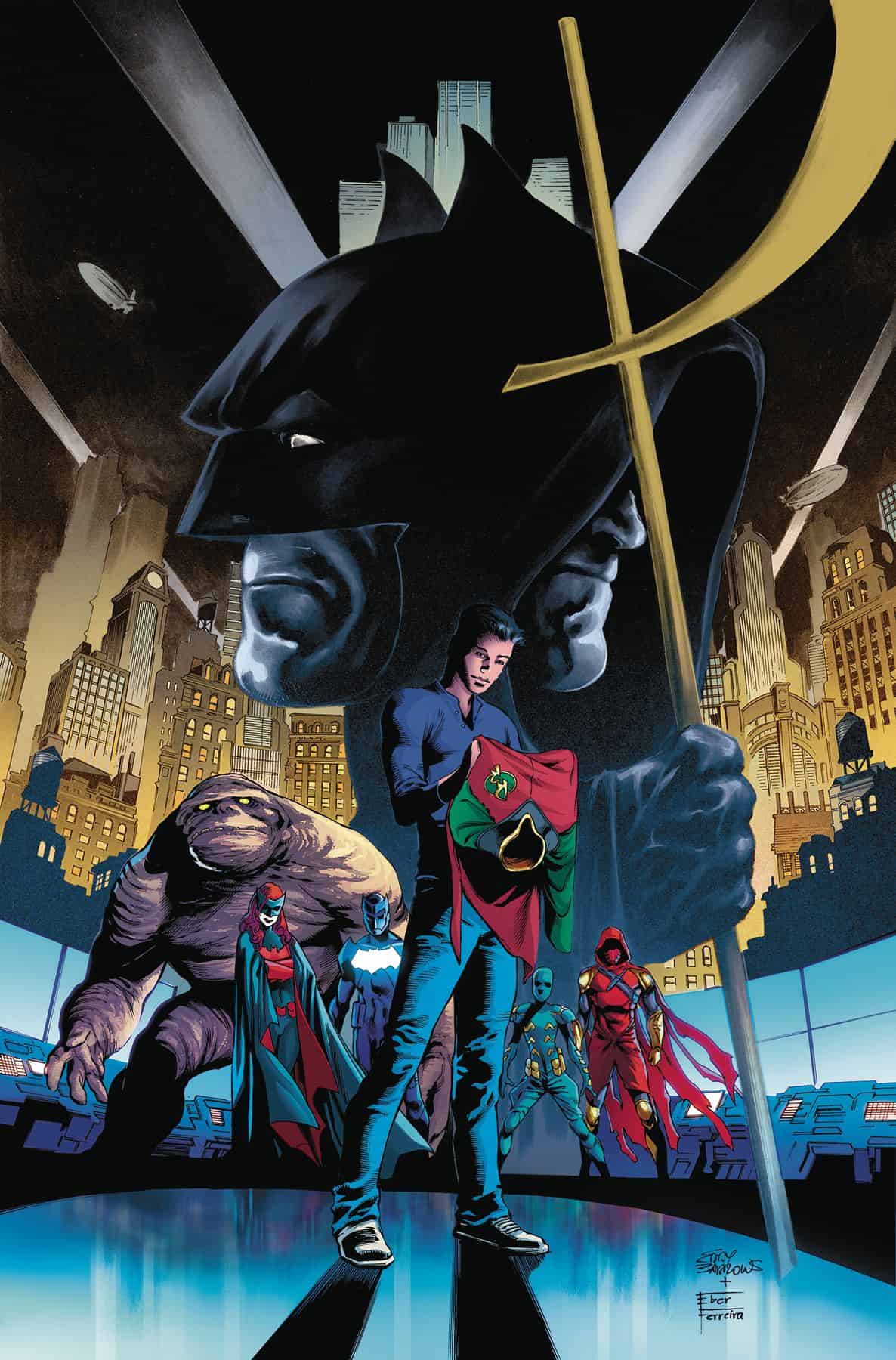