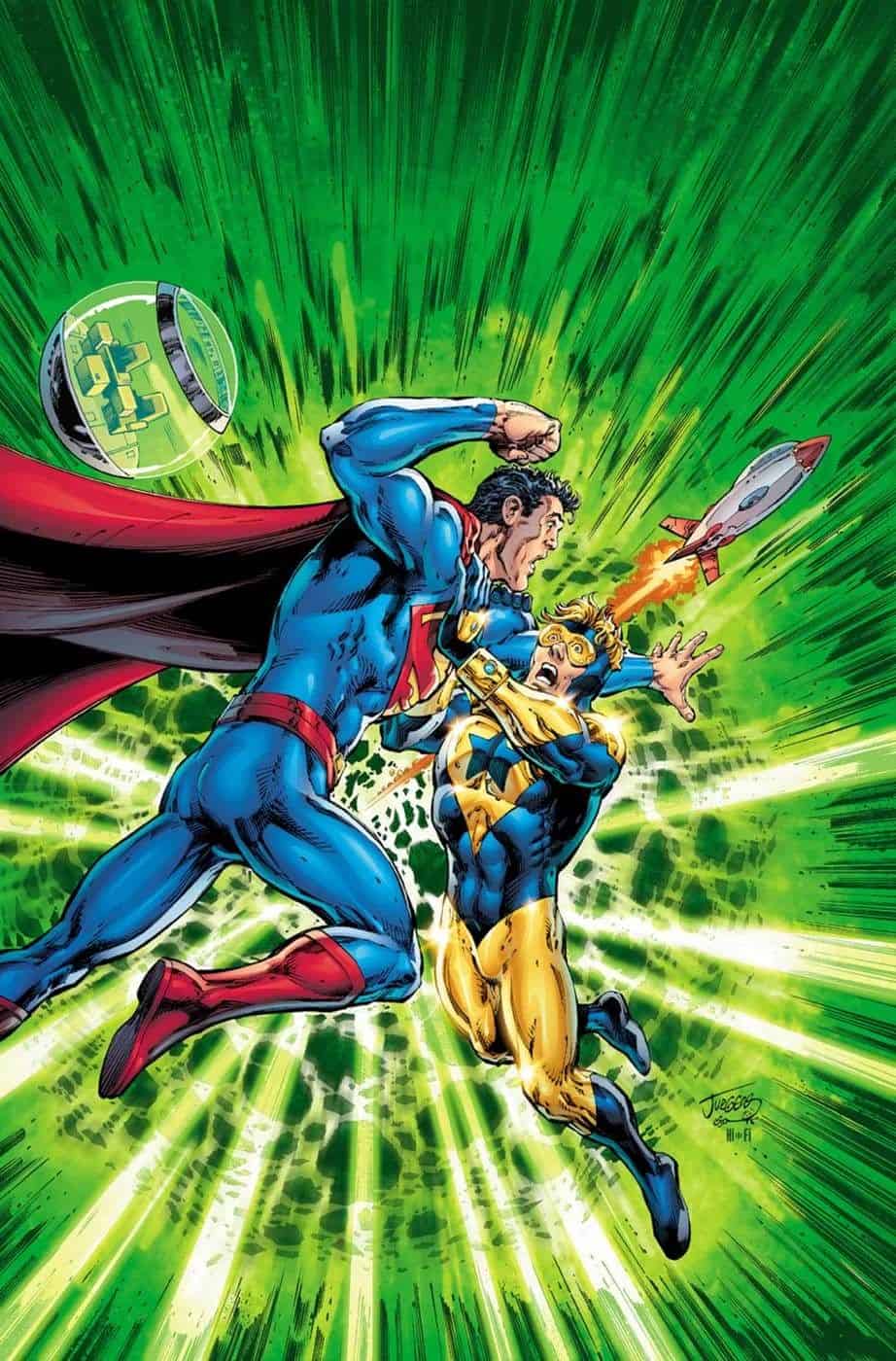 We learned this week that Mr. Oz revealed himself to be Superman’s thought to be deceased dad Jor-El (Action Comics #987 spoilers here). It could be a ruse by another villain or not.

As a result, in December 2017, Superman travels back in time to see if Mr. Oz is really his dad Jor-El.

“BOOSTER SHOT” part one! As Superman struggles to cope with Mr. Oz’s true identity, the Man of Steel turns to the only “hero” he knows who can prove once and for all if Oz’s story is true: Booster Gold! But a massive power doesn’t want our heroes venturing through time, and will do anything it can to sabotage their journey!

“BOOSTER SHOT” part two! It’s the time-hopping team-up of Superman and Booster Gold—and on their quest to verify Mr. Oz’s identity, a mysterious force attempts to sabotage the journey! This time (pun!) our heroes wind up in the crosshairs of a deadly new villain—the time wraith responsible for their tumultuous journey!