Marvel Comics Legacy & Spider-Men II #3 Spoilers: Secret Origin Of A Miles Morales Featuring Kingpin, But Where Is A Spider-Man, Any Spider-Man? 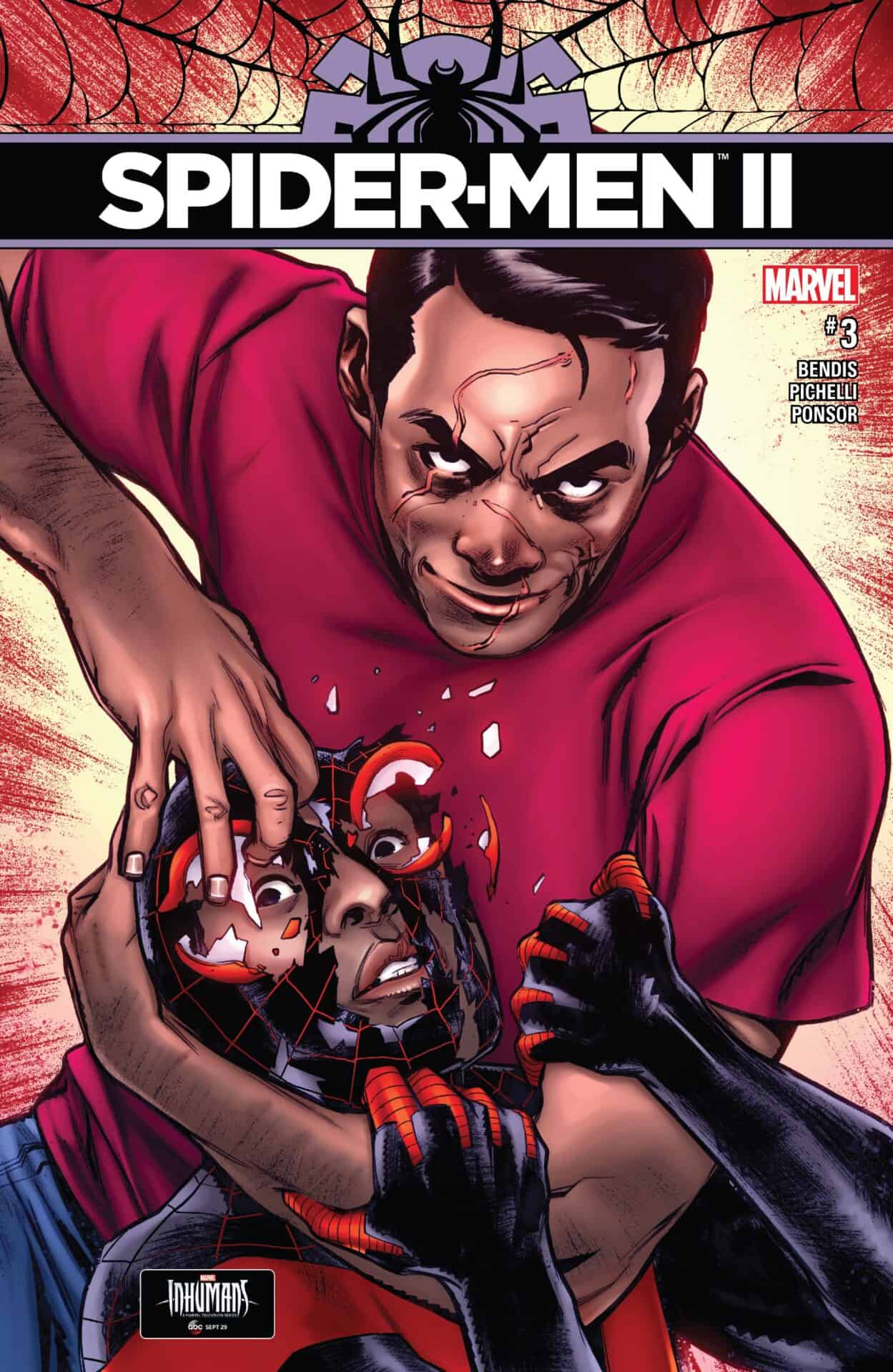 This whole issue lays out the secret origin of the Marvel 616 Miles Morales in contrast to the formerly of the Ultimate Universe Miles Morales a.k.a. Spider-Man.

It opens years ago with Wilson Fisk, an enforcer for the Rigoletto Crime Family at the time, being carted into prison.

He is quickly attacked a thug dubbed “Small Hands”, who hates the moniker, but hates the beating he gets from Fisk for the attack.

After Wilson Fisk gets out of solitary confinement we find out two things: (1) Wilson Fisk is not balding, but shaves his head by choice and (2) he purposely went to prison to protect Miles Morales as the Rigoletto Family respects that he is in prison to cover for a relative.

The Family is also arranging for Miles to be freed either due to blackmailing the District Attorney over an affair and/or lost evidence.

Morales indicated that Small Hands paid him to snuff out cellmate Fisk, but Fisk seems unconcerned and lets him keep the money.

Fisk is saved by Morales who attempts to shank Small Hands leading to Morales’ facial scars and Small Handsè death at Fisk’s hands.

We move forward a few more years, but this is still pre Kingpin of Crime Wilson Fisk who with Miles Morales effectively…

…takes over the Rigoletto Crime Family.

The book ends with Fisk asking Morales what he wants; all he wants is to disapear with his girl and his money. He wants to still support Fisk, but also wants some anonymity and peace. Wilson Fisk knows someone who can help wipe Morales’ records.

Who is that guy?

Did you miss any Spider-Man this issue? Zero presence for Peter Parker and the other Miles Morales.

Then we get the cover to next issue’s Spider-Men II #4.