We get a tease of Marvel’s new Two-In-One Legacy series featuring the Fantastic Two of Ben Grimm, The Thing, and Johnny Storm, the Human Storm… 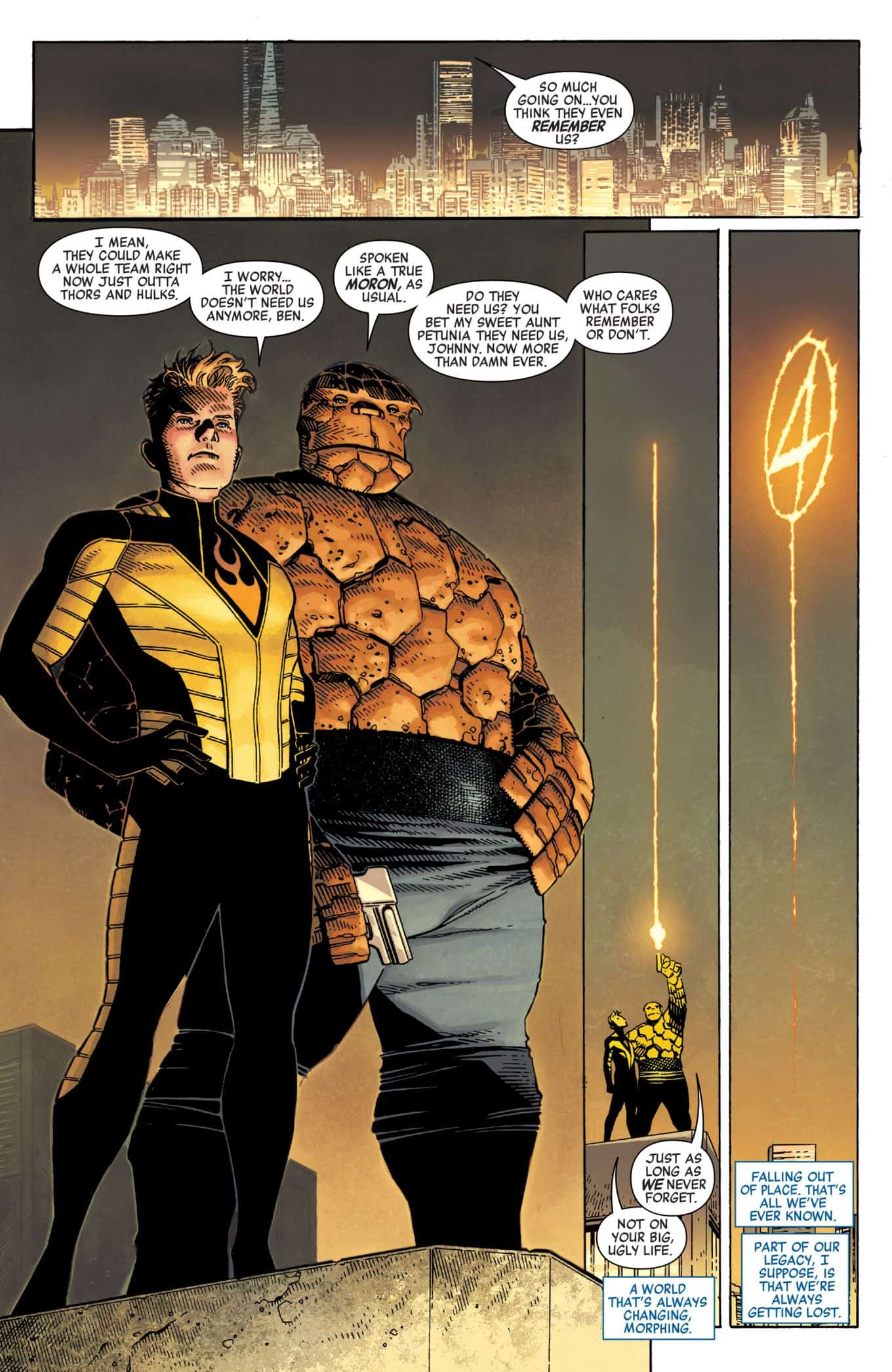 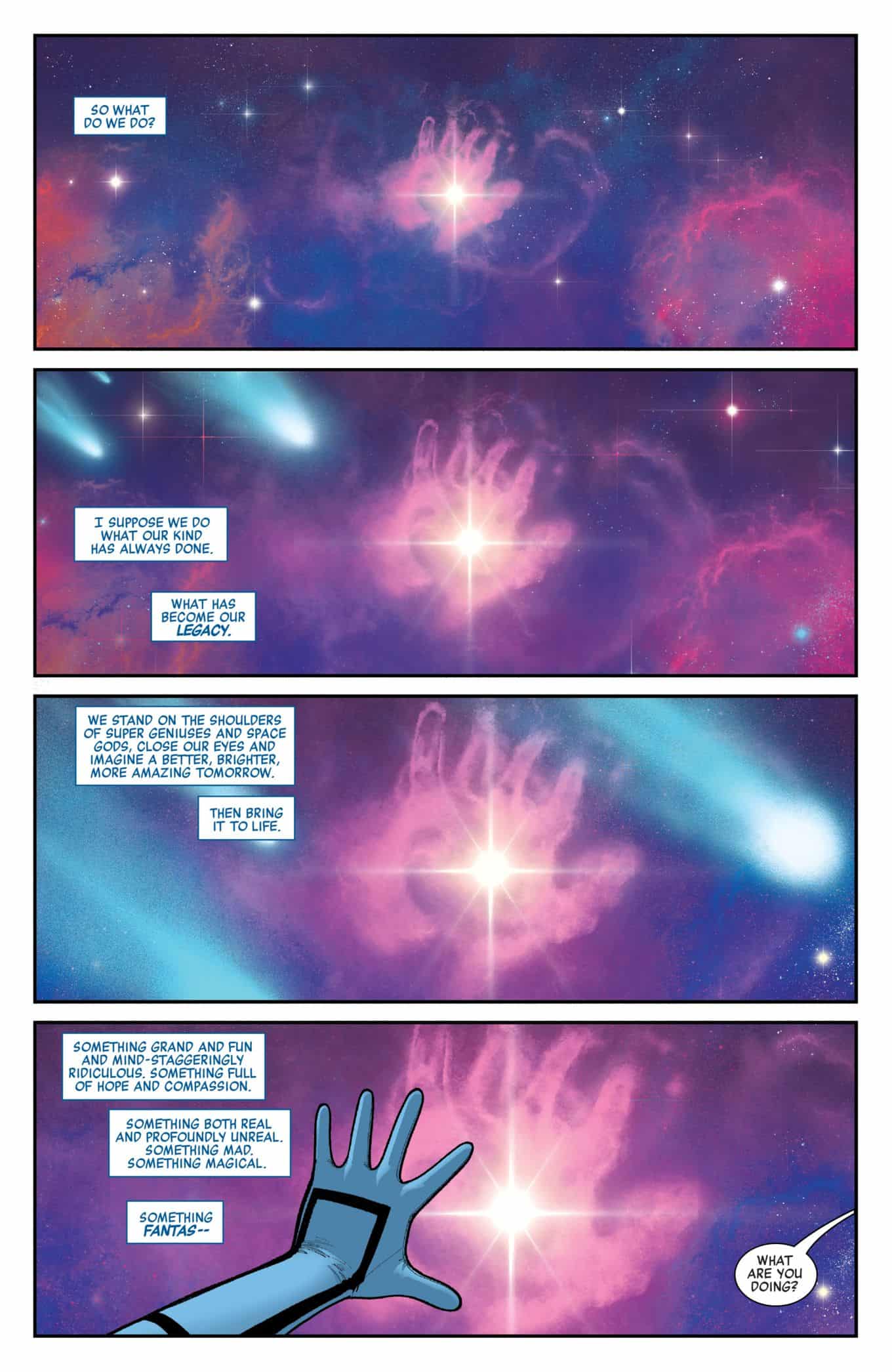 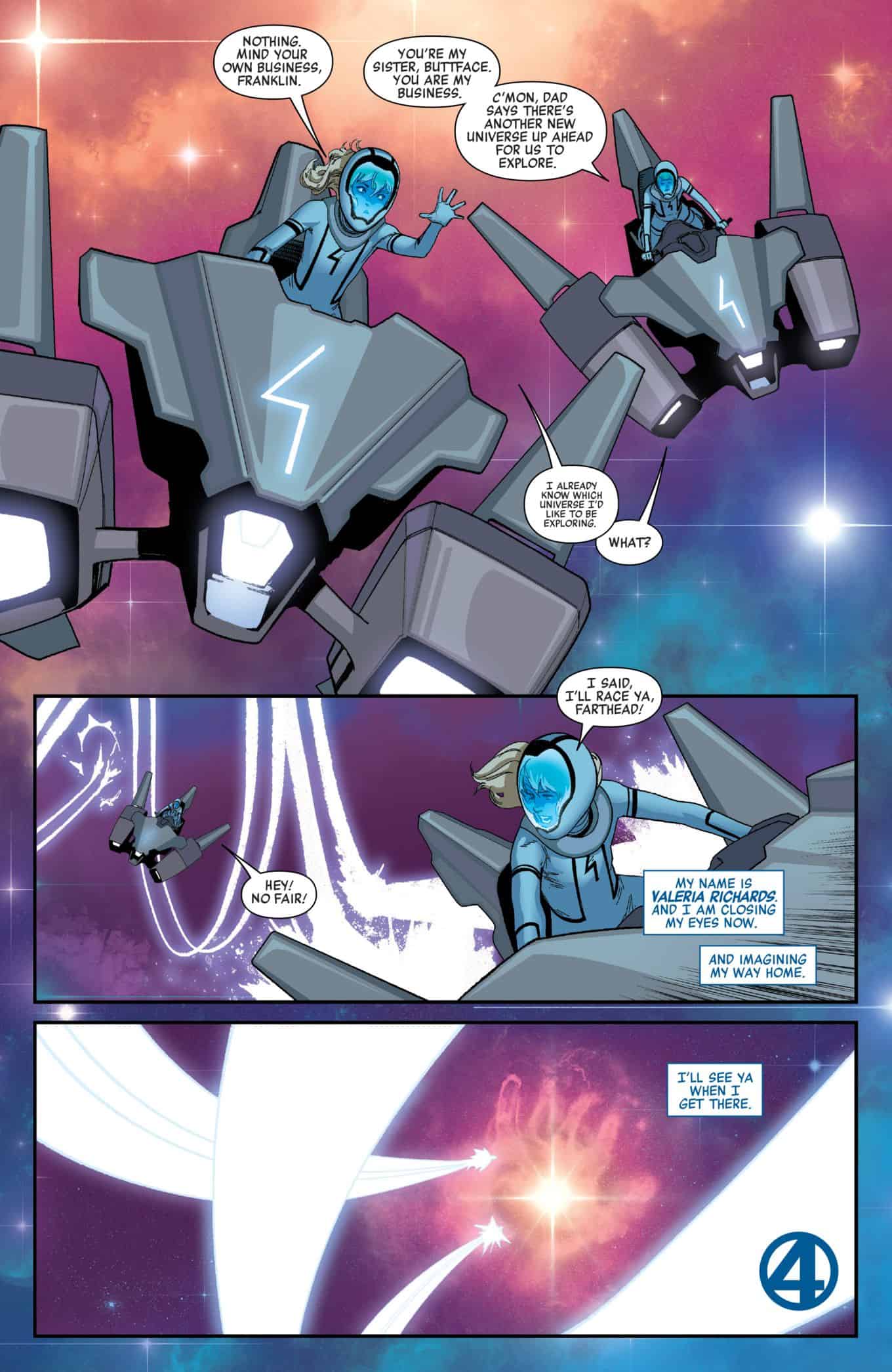 …a reveal that was spoiled by Marvel Comics in advance of Marvel Legacy #1 hitting stands. You’ll note a new’ish Fantastic Four costume for the kids.

In addition, recently, artist Alex Ross posted a pic of new costumes for Reed and Sue Richards, but then promptly deleted it from his social media. However, it is still accessible everywhere.

The solicitation is below. 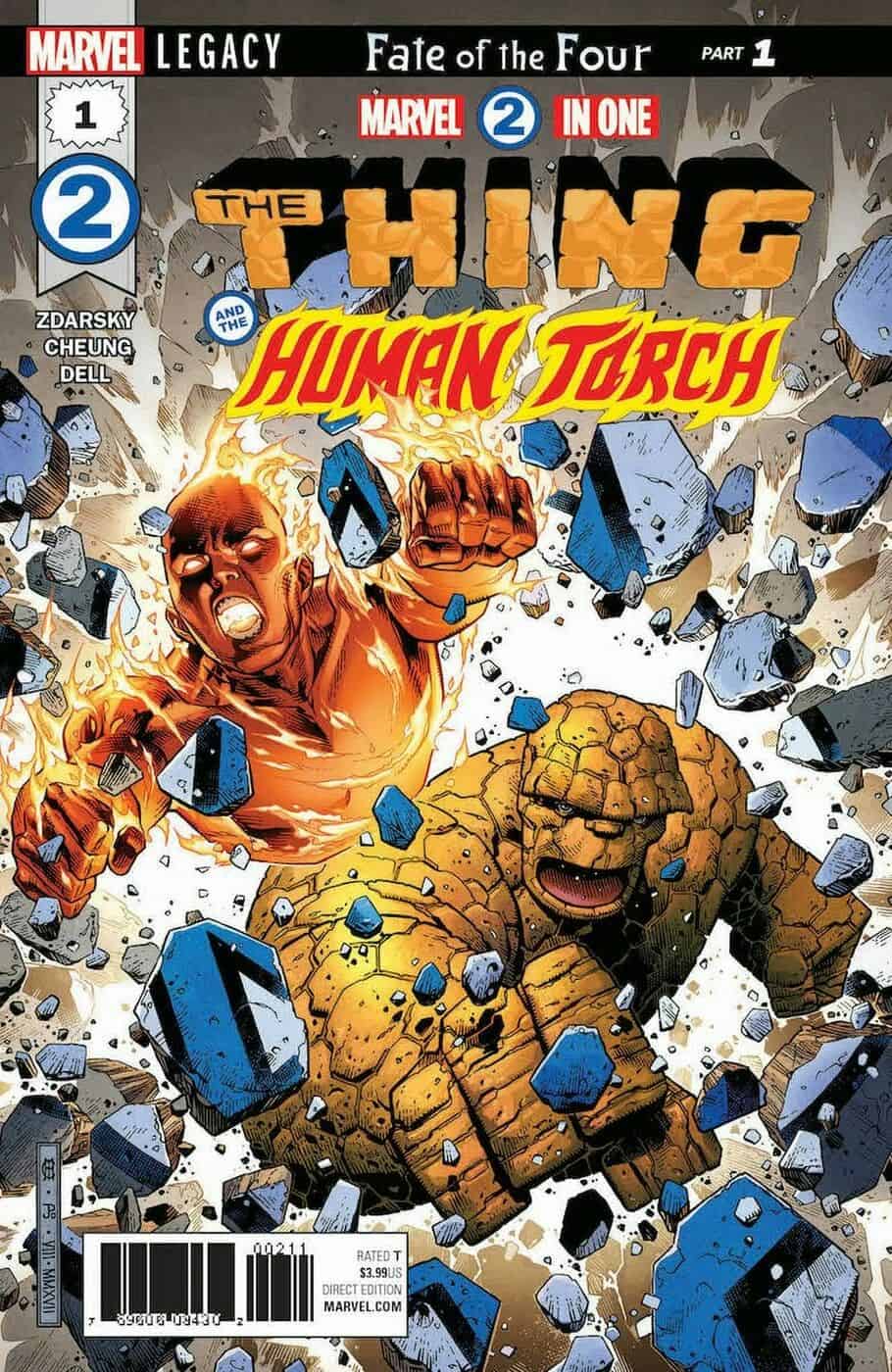 THE FOUR ARE NO MORE, SO TWO MUST DO! Something is very wrong with THE HUMAN TORCH and only THE THING can help him! It’s the Marvel Universe reunion you’ve all been waiting for (well, HALF of it, at least!). Plus: What monumental secret has DOOM been hiding since the end of SECRET WARS, and how will it completely change the lives of Johnny Storm and Ben Grimm?

What is the Fate of the Fantastic Four?