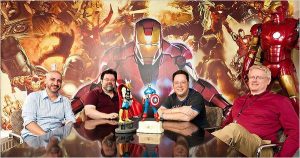 Many creators have sent out messages in the last 24 hours congratulating C.B. Cebulski on his promotion to Marvel Comics Editor-In-Chief (EIC). A subset of those creators, so not all, have also thanked outgoing EIC Axel Alonso for his work with them and Marvel.

However, as of press time, some big names are simply silent on the new EIC news, but specifically the firing of Axel Alonso.

Marvel President Dan Buckley – He had lots to say about his decision to promote Cebulski with sparse comments on Alonso most notably in a New York Times piece that acknowledged that Alsono oversaw “some of our top two or three sales years of all time“.

Marvel Senior Vice President of Publishing Tom Brevoort – One funny retweet (below) about Cebulski, but nothing about Alonso.

For those not in the know, CB Cebulski is actually a too much high power man Most Dangerous manga being. His Wikipedia bio is…selling him short. He got the Attack on Titan crossover to happen. Worked on Ikegami Spider-Man, VOTOMS, and the family favorite LEGEND OF THE OVERFIEND https://t.co/pboOvIYGBl 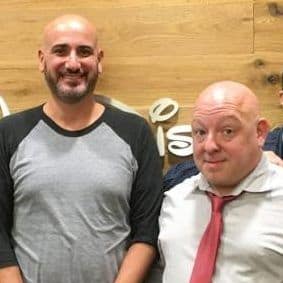 .@CBCebulski was My friend long before either of us found our way @Marvel Huge Congratulations! I’m grateful I get to be a Marvel creator under him for the next few weeks. Creators, you’re about to be treated and fed SO well. This is a great day for comics. All in it together!

Although, in Bendis’ case he may be taking a few days to form his thoughts on Alonso considering Alonso was slow to thank Bendis for his time at Marvel once news broke of Bendis’ new exclusive DC Comics deal.

Was DC Comics stealing away Bendis the final straw for Marvel President Dan Buckley on top of the tepid response to Marvel Legacy, the Secret Empire controversy over Captain America being a Nazi, his candid diversity concerns, etc.?

I’m not shocked by the outpouring of congratulations for Cebulski; it makes sense to get in with the new boss and he is a legit nice guy, but the lack of uniform thanks or praise for Alonso’s tenure at Marvel by the folks you’d expect them from is odd.