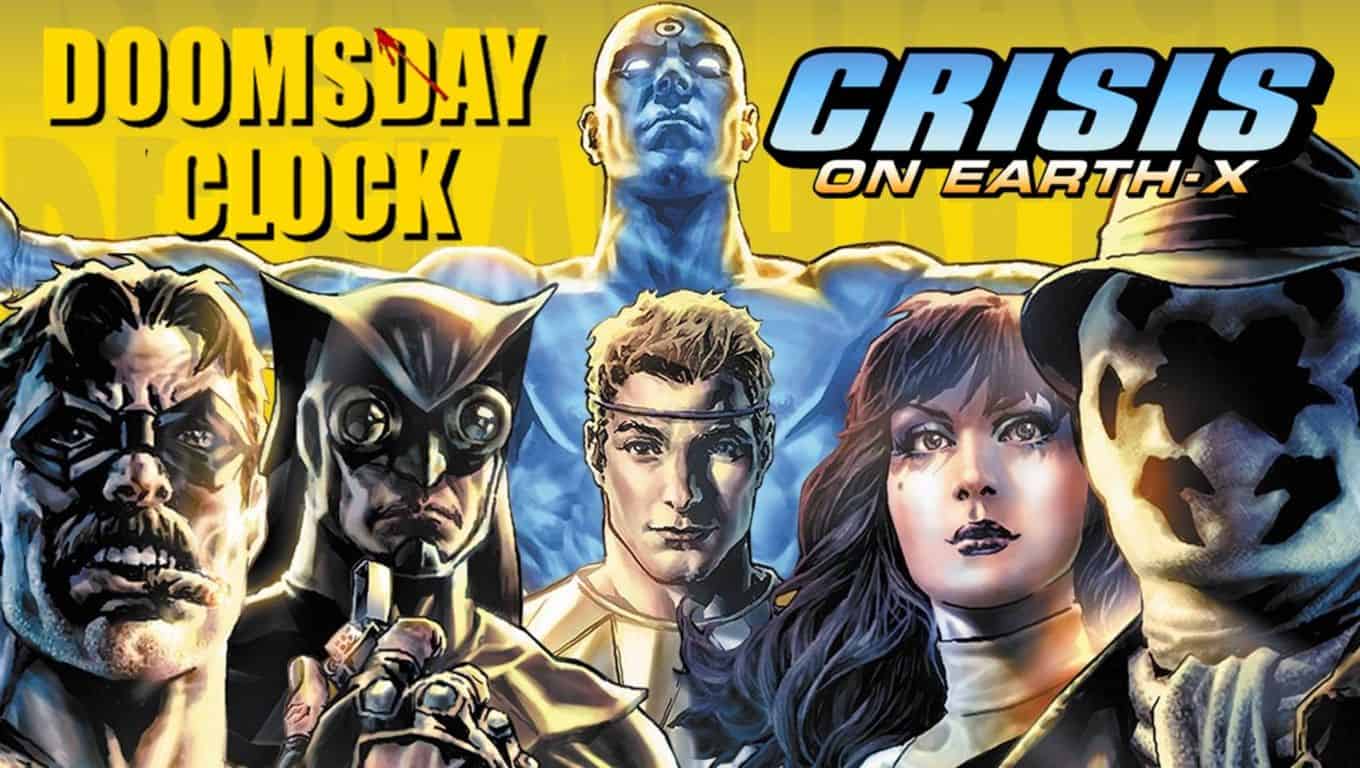 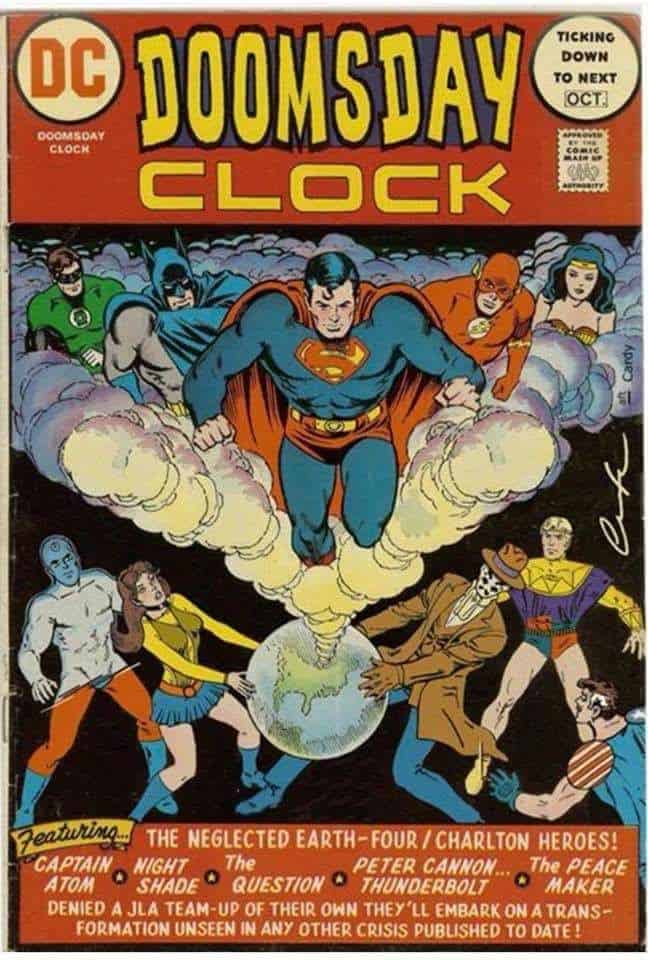 The art also teases that certain Charlton heroes, upon which the Watchmen are based, will appear during of at the end of Doomsday Clock.

The cover above is an updated version of Justice League of America #107 from 1973 featuring a Crisis on Earth X.

So this tease also does a nod to the CW Arrowverse’s upcoming 4-part DC TV cross-over between Supergirl, Arrow, DC’s Legends of Tomorrow and the Flash called… 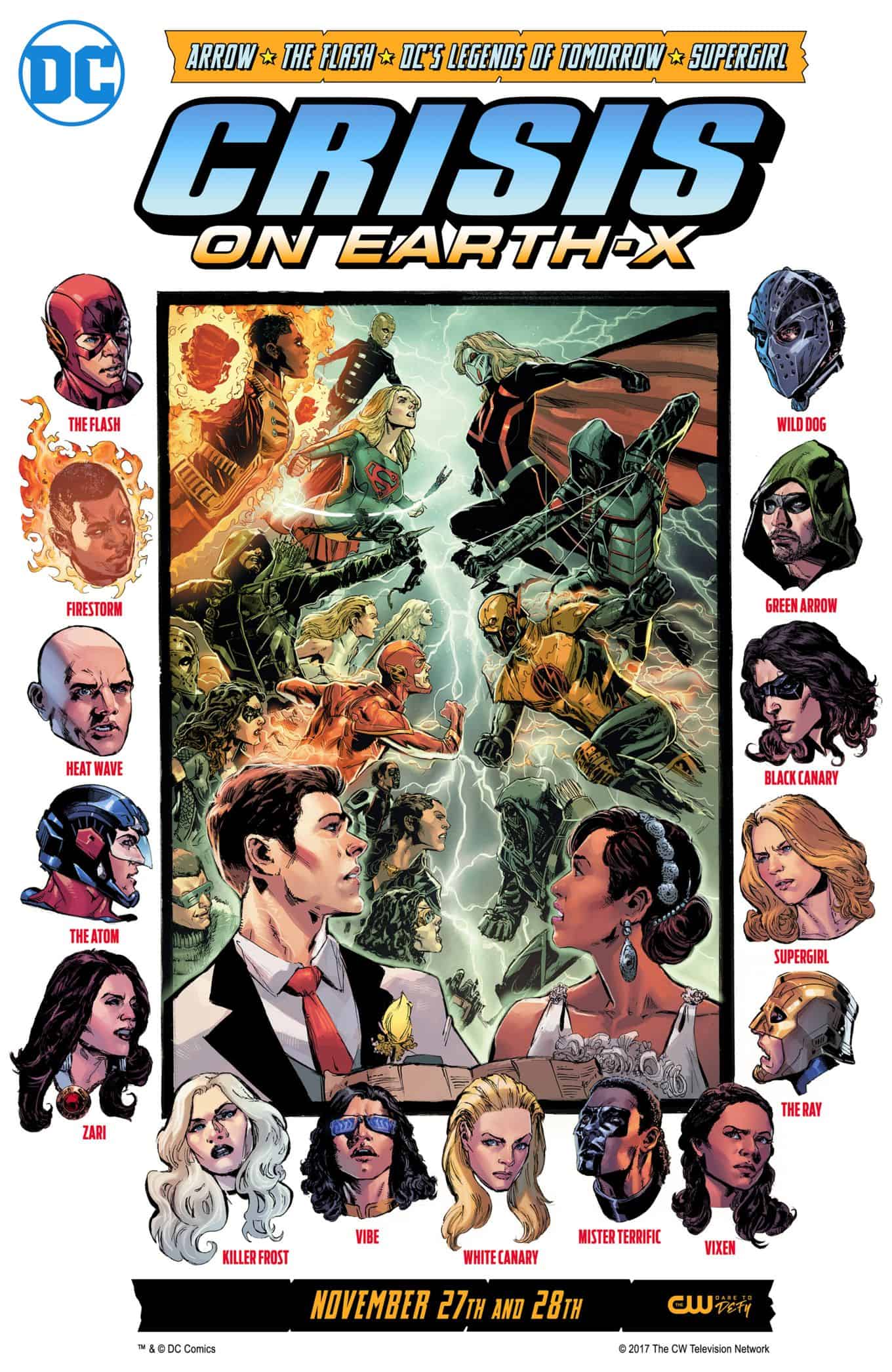 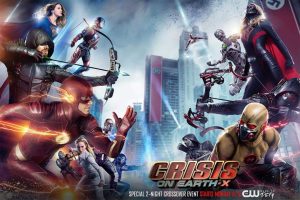 Doomsday Clock and Crisis on Earth X? Fun times ahead.

Doomsday Clock #1 was available at many comic book stores as of midnight today; so now! Enjoy.