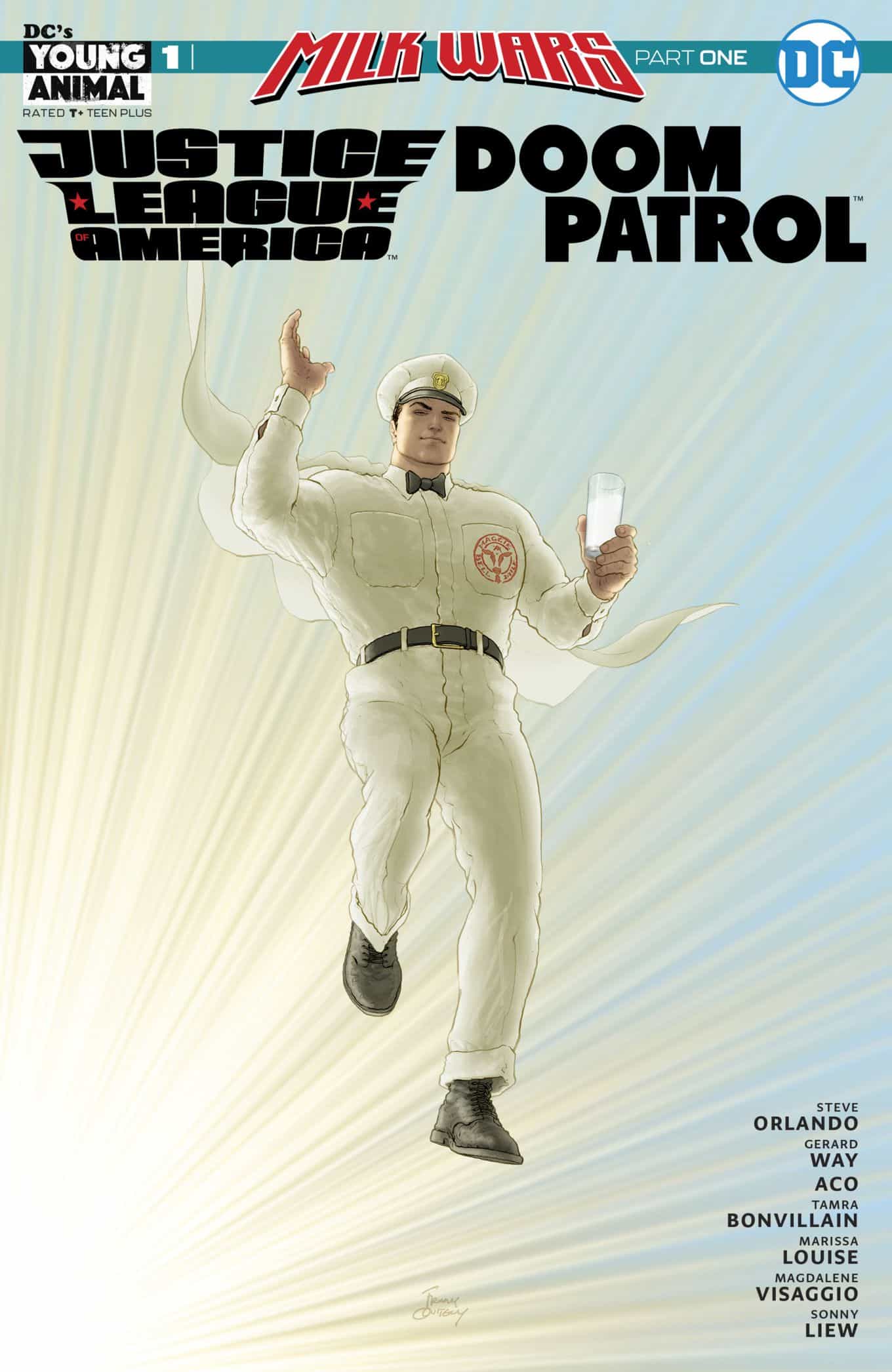 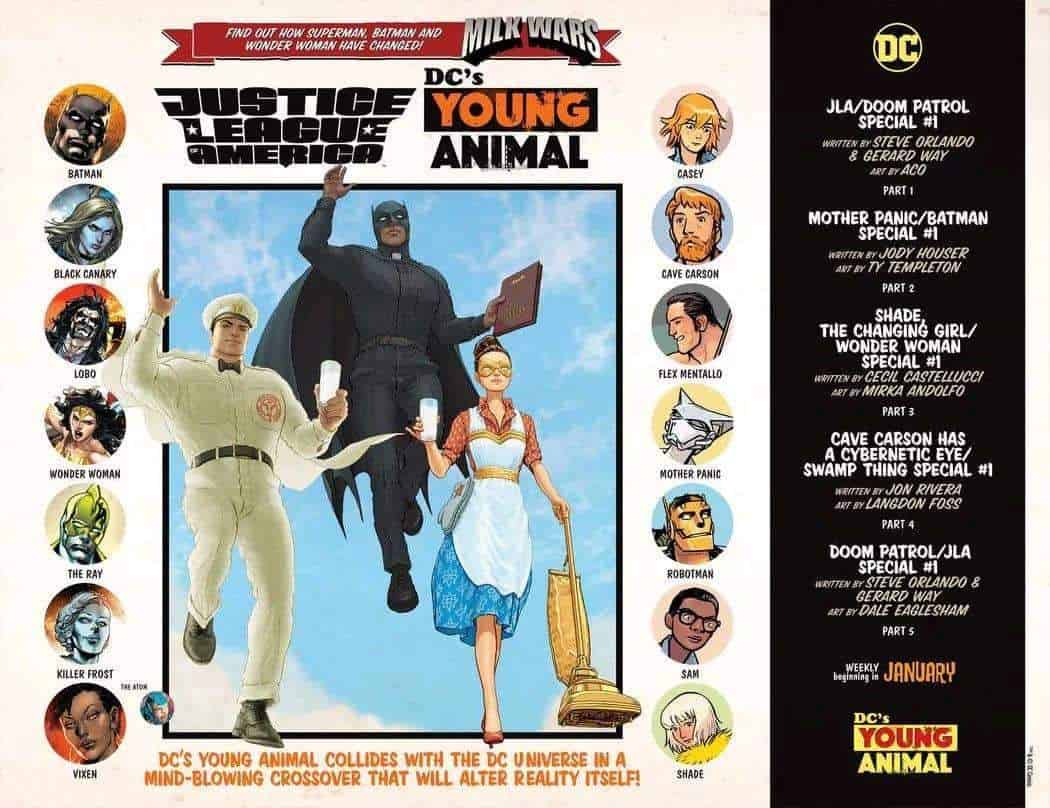 The books opens Retconn Industries making a sales pitch to… 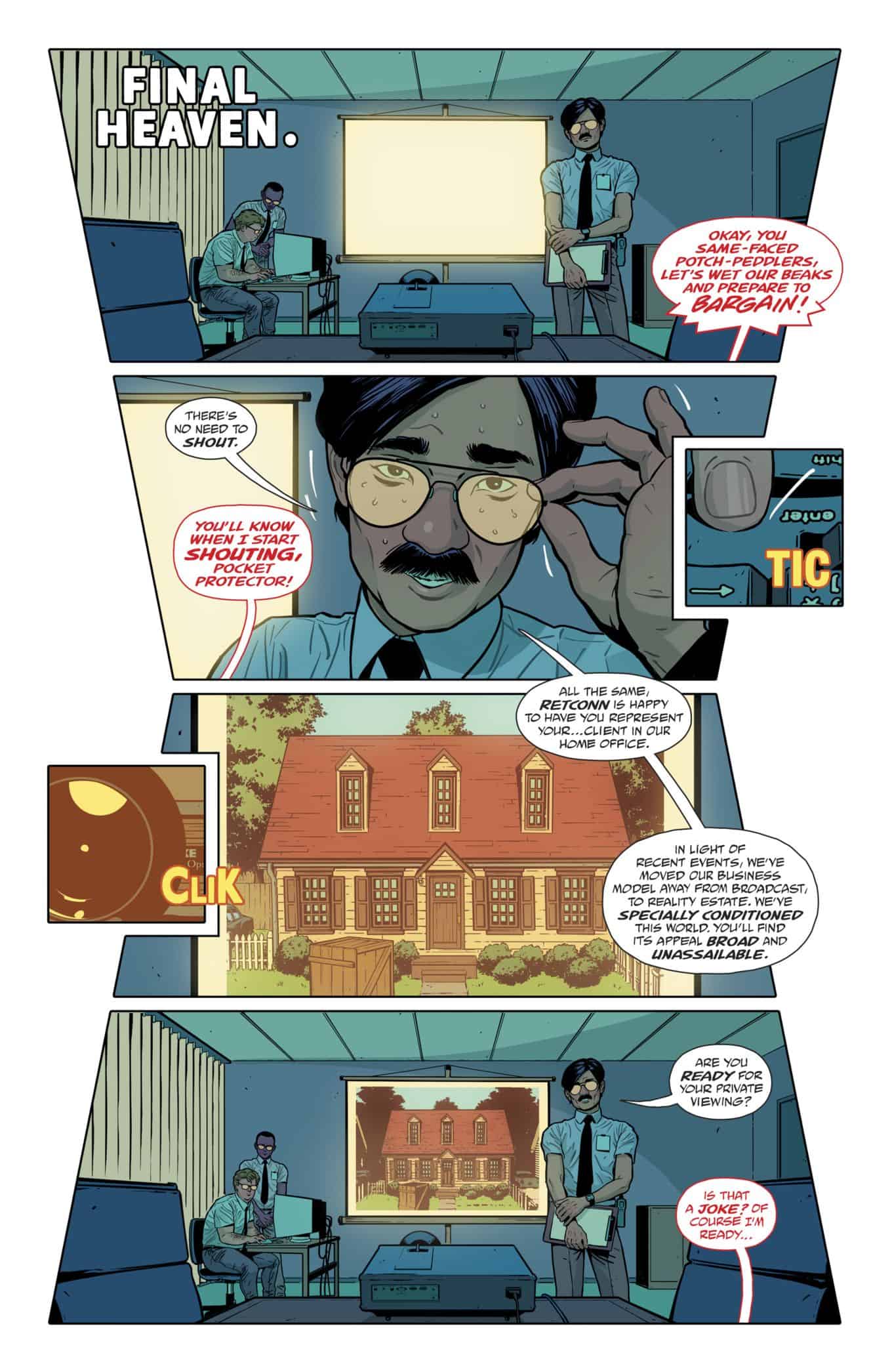 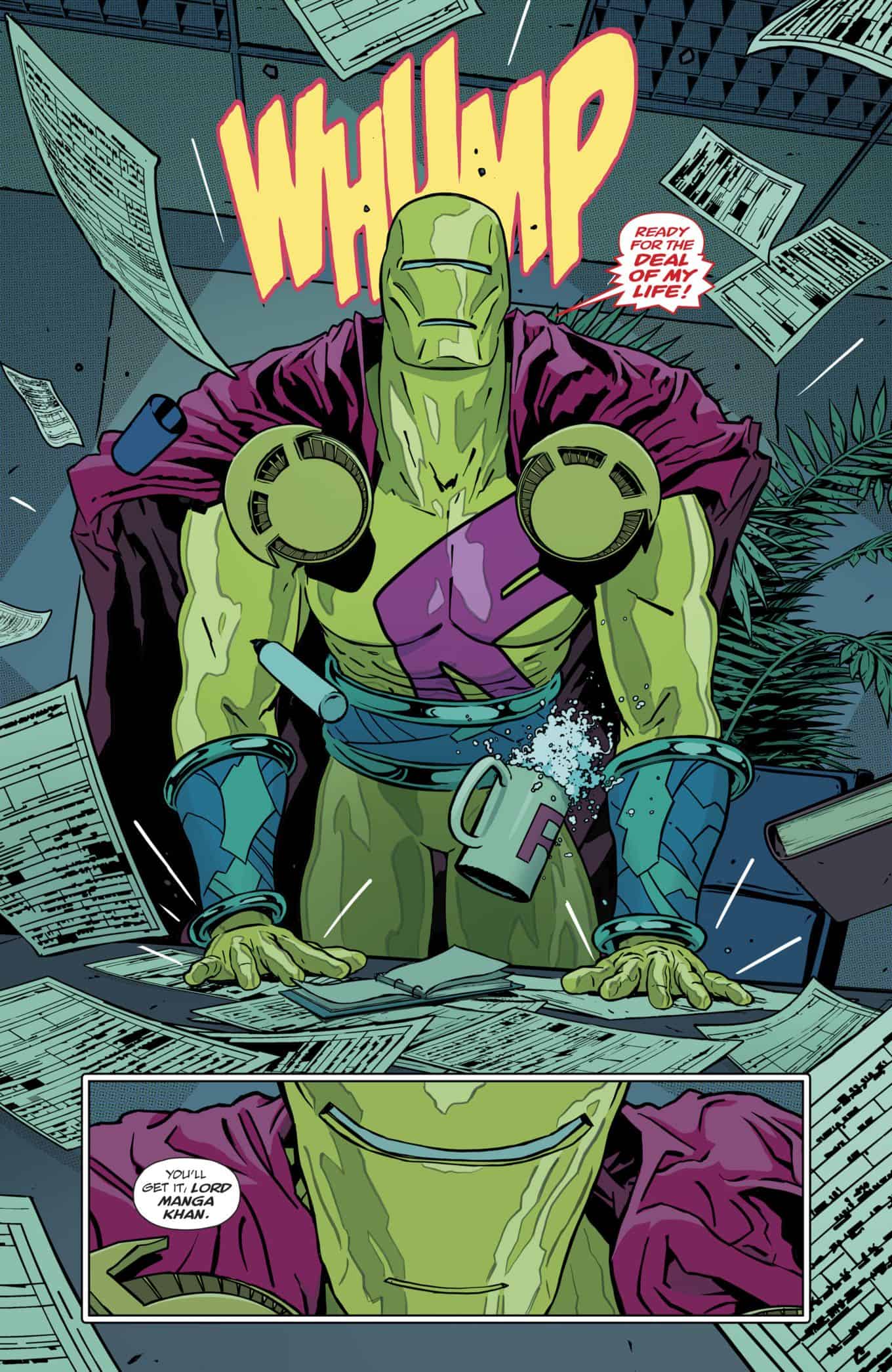 Not sure who he is? Well, here is Manga Khan’s classic Who’s Who in the DC Universe entry bio.

At the same time, the Doom Patrol arrive in Happy Harbor in Rhodes Island as Retconn executives and Manga Khan observe.

The Doom Patrol are wary of the pastel and fake nature of this very unusual town.

They encounter the Justice League of America (JLA) who believe they are 1960’s type characters in the Community League Of Rhode Island (CLRI). 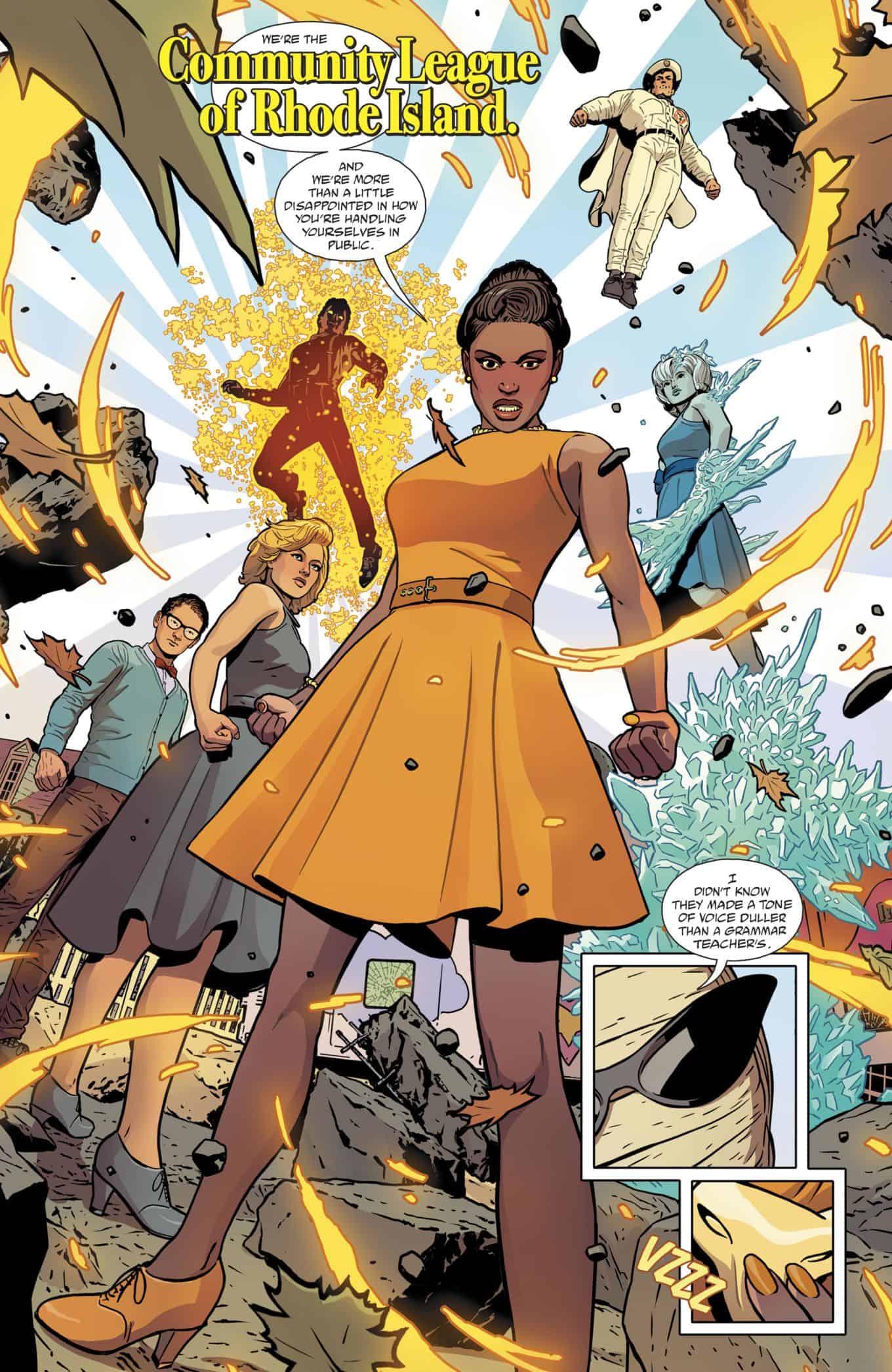 As they battle, Cave Carson and his cybernetic eye break things up and explain what is going on with Retconn Industries and their efforts to change Earth. 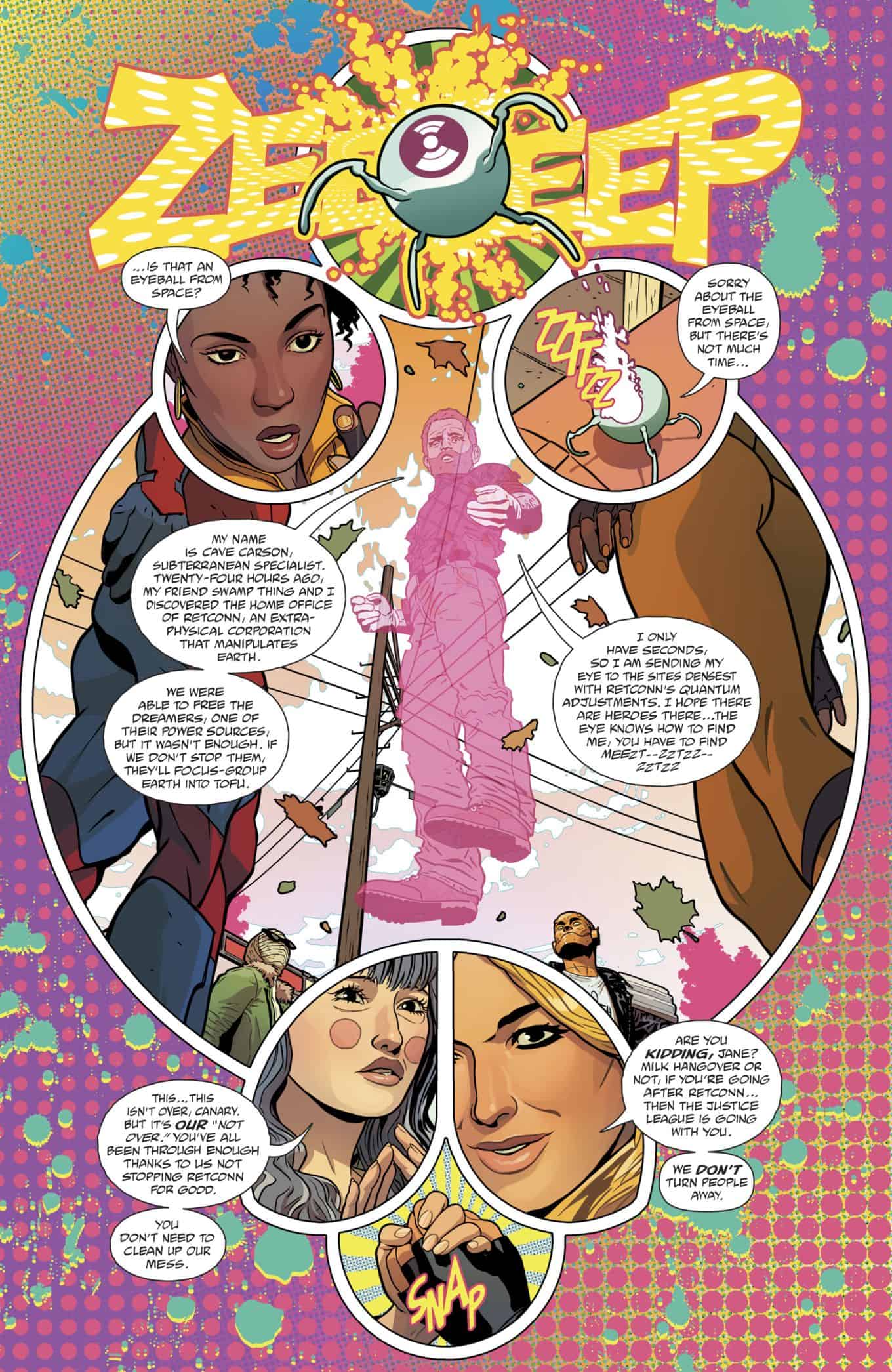 The JLA and Doom Patrol decide to… 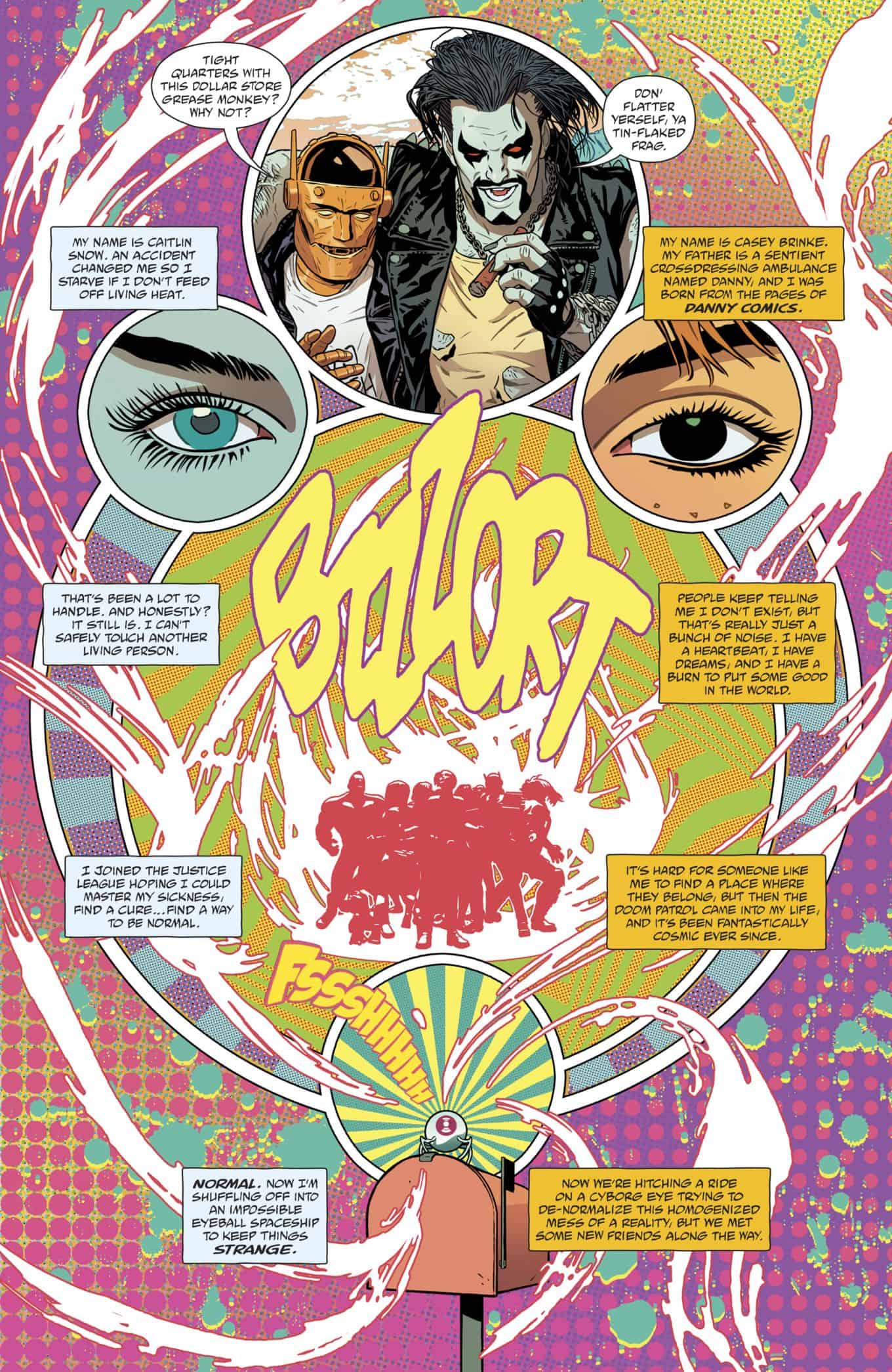 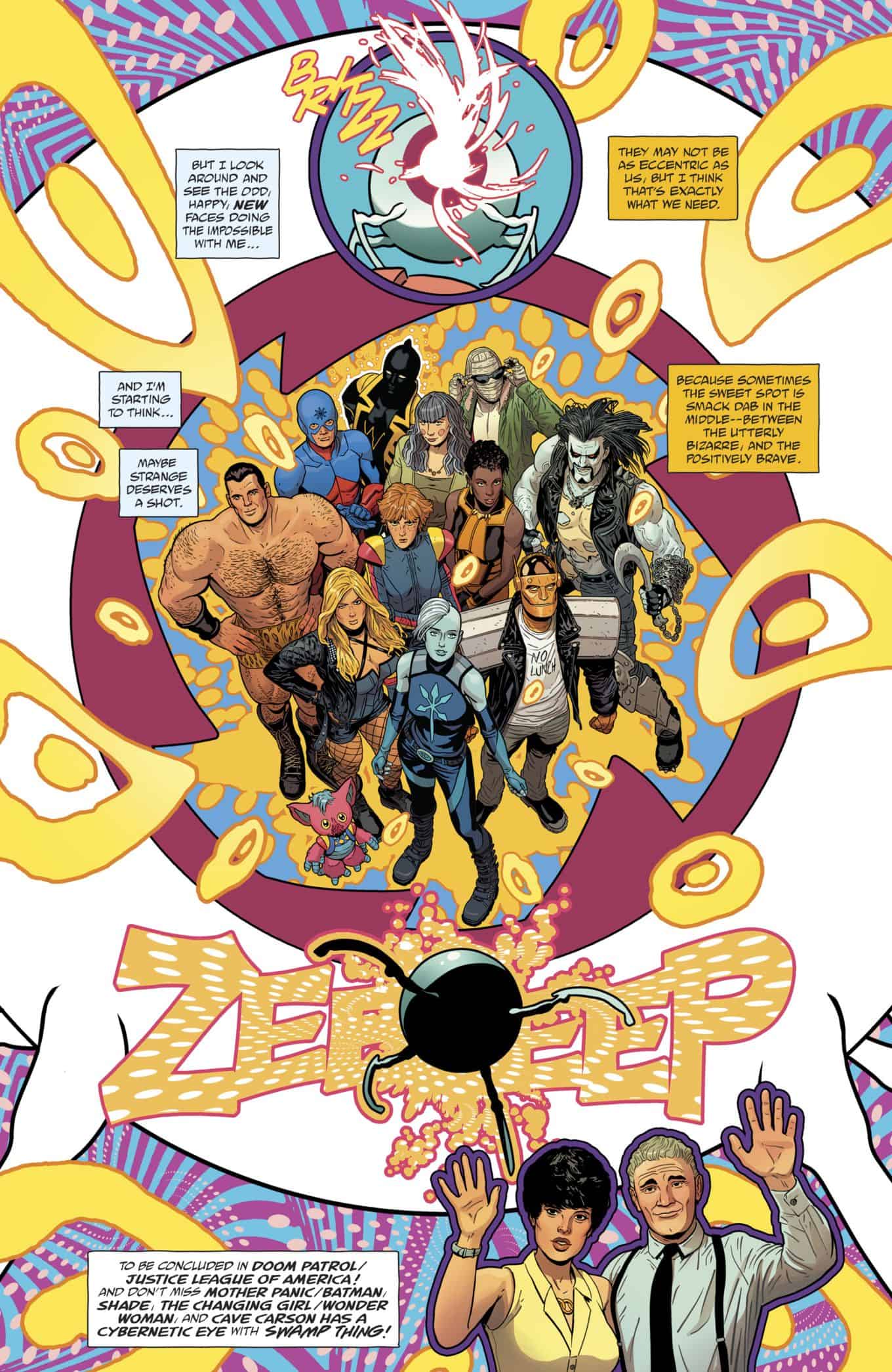 Superman as the Milk Man Man (not a typo). That is a humorous.

DC Comics August 2022 Solicitations Spoilers: The Flash – Wally West & ALL OF THEM With Justice Society Of America / JSA – Play A BIG Role In Dark Crisis?!