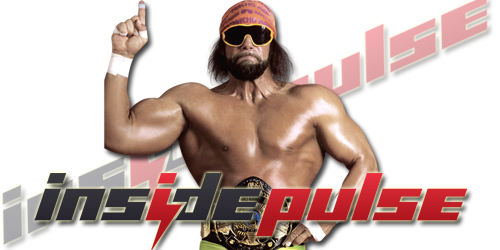 Not sure how this news missed the wire here at Inside Pulse, but fans of “Macho Man” Randy Savage will surely be pleased to know that WWE Home Video will be releasing a brand-new compilation to the King of “Pomp and Circumstance” this May.

Billed as Randy Savage Unreleased: The Unseen Matches of the Macho Man, the three-disc DVD set will include more than 40 matches never before released on home video. Okay, so while a majority of these matches have been seen in some form or fashion, either on television or as part of a Coliseum Home Video release, they have never made their way to DVD…until now!

Because it is an exhaustive match list (which can be found in full at WrestlingDVDNetwork.com) I’ll just hit some of the major highlights.

The set includes Randy Savage’s WWF wrestling and TV debut (against Aldo Marino – dated July 6, 1985); the moments where Miss Elizabeth and Sensational Sheri were introduced as his manager; Macho Man defending his WWF championship at Madison Square Garden against Andre the Giant (October 24, 1988); a WWF rarity with the reunion of the Mega Powers (Hulk Hogan and Randy Savage) in 1992 when they take on Jake Roberts and The Berzerker; and another tag match from 1992 with him teaming with The Undertaker as they take on Ric Flair and The Berzerker.

How does that sound? Can you snap into it?