Spider-Man’s Black Costume Returns and Stays For ASM #1 Fresh Start As Told To Retailors Heading Into C2E2. Is The Costume Venom Or Fabric? Here are the teased pages with art by Stuart Immonen based on story by Dan Slott. 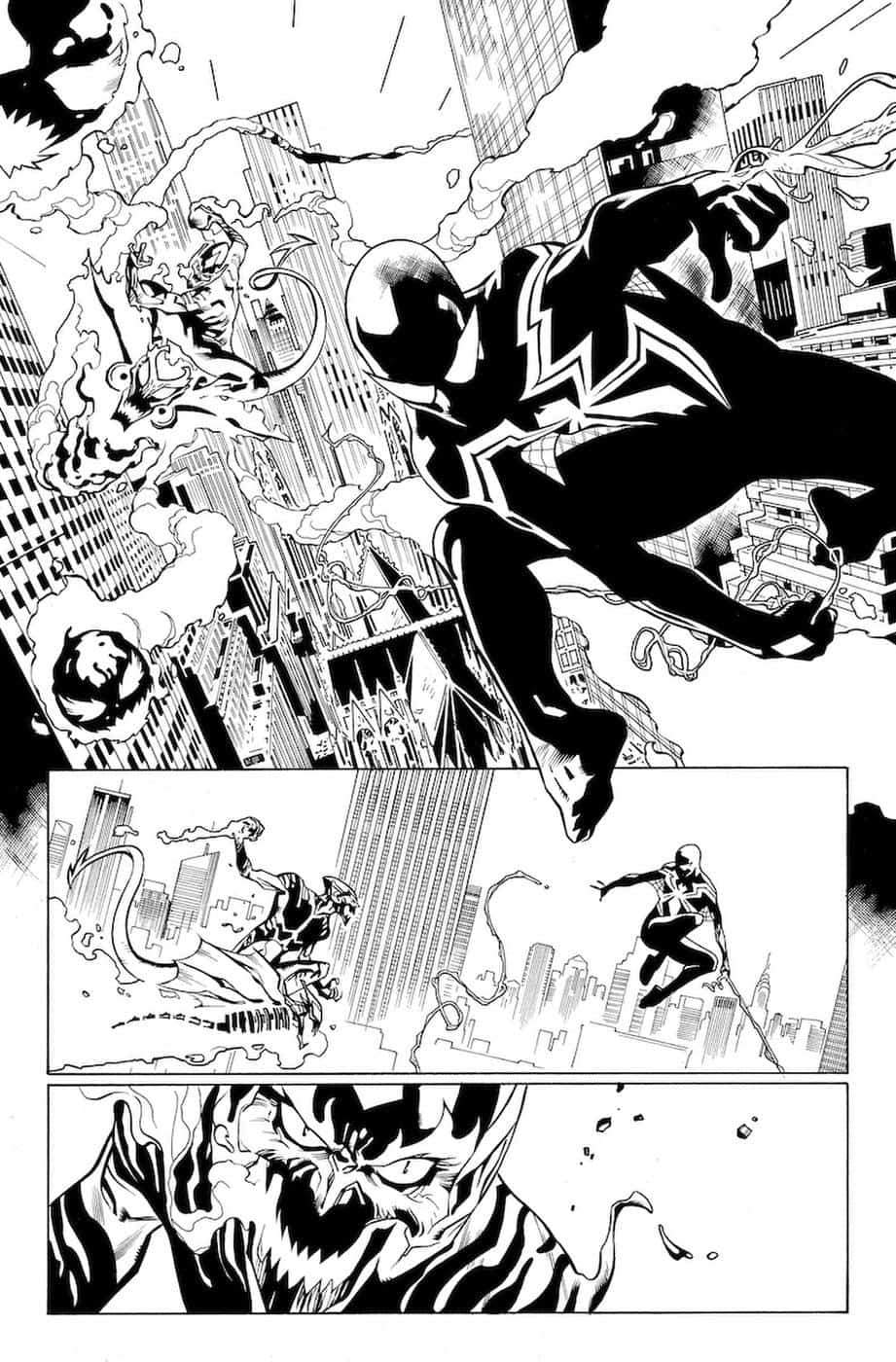 The costume first debuted in Amazing Spider-Man #252 (1984) and was later revealed to be the Venom symbiote. Considering the Red Goblin is the Green Goblin Norman Orsborn merged with the Carnage symbiote, could this ASM #800 costume be Venom teaming with Spider-Man against the Red Goblin? Ore just black threads?

The black costume stays around for a while including the Amazing Spider-Man #1 fresh start launch; Venom is also part of the fresh start initiative with his own new ongoing series.