Marvel Comics Legacy & Avengers #688 Spoilers: No Surrender Part 14 Has Voyager Step Up In A BIG WAY!

In Avengers #683 (full spoilers here) a recovering Jarvis, the Avengers’ institutional memory, revealed Voyager was a fake and their memories of her as founding Avenger aren’t real just as she steals a pyramoid in the game between the Grandmaster and Challenger.

In Avengers #685 No Surrender Part 11 we got to see some Voyager designs (full spoilers here).

In Avengers #686 No Surrender Part 12 Voyager has to pick a side, comes clean with the Avengers and loses badly to the Immortal Hulk (full spoilers here).

In this week’s Avengers No Surrender Part 14, Voyager steps in a big way against The Challenger who has been renamed Grandmaster in the issue (full spoilers here). 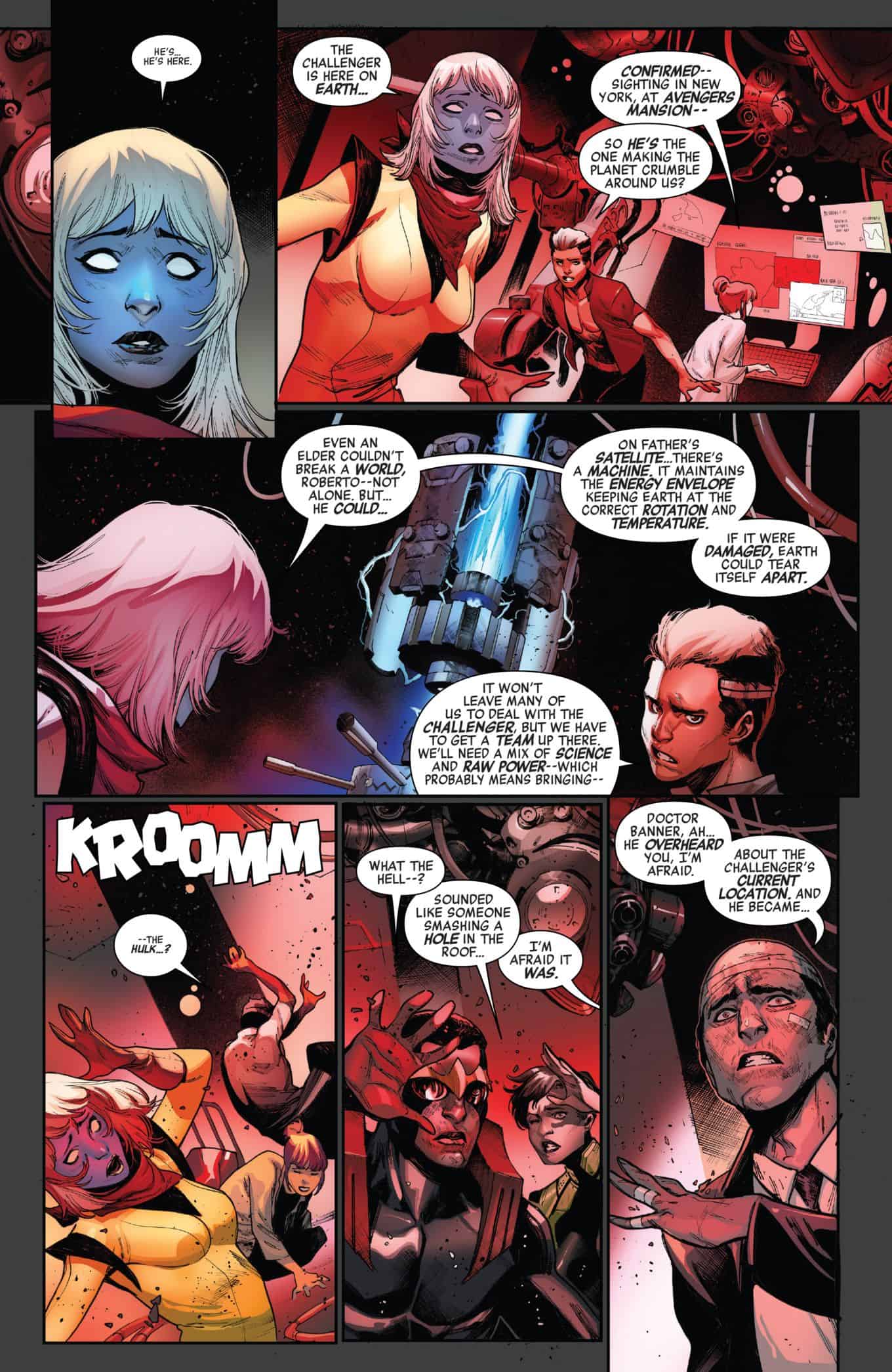 The device that has hidden Earth can be reoriented to save Earth, but will take lots of strength. 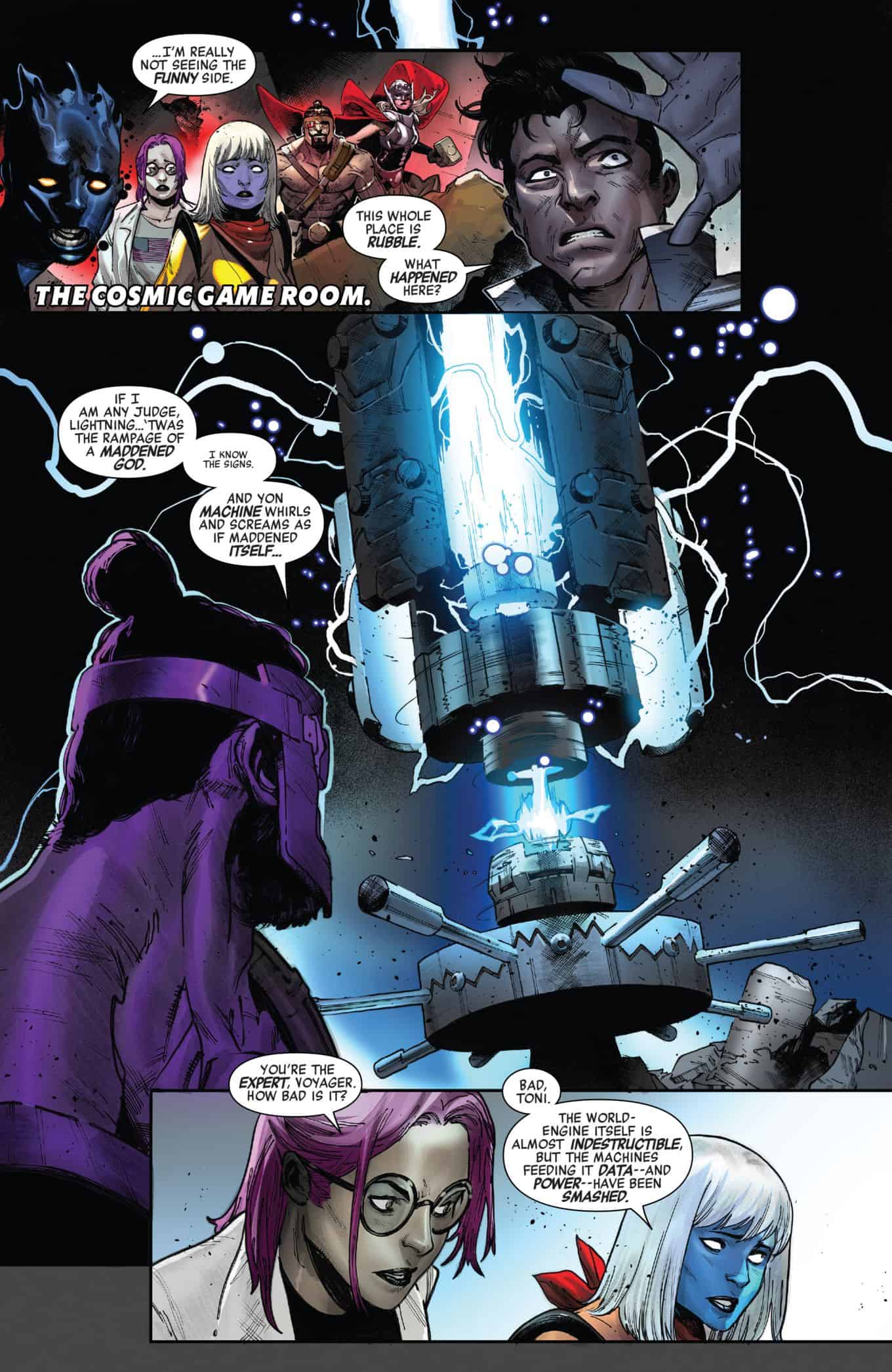 No god or hero alone can do it. 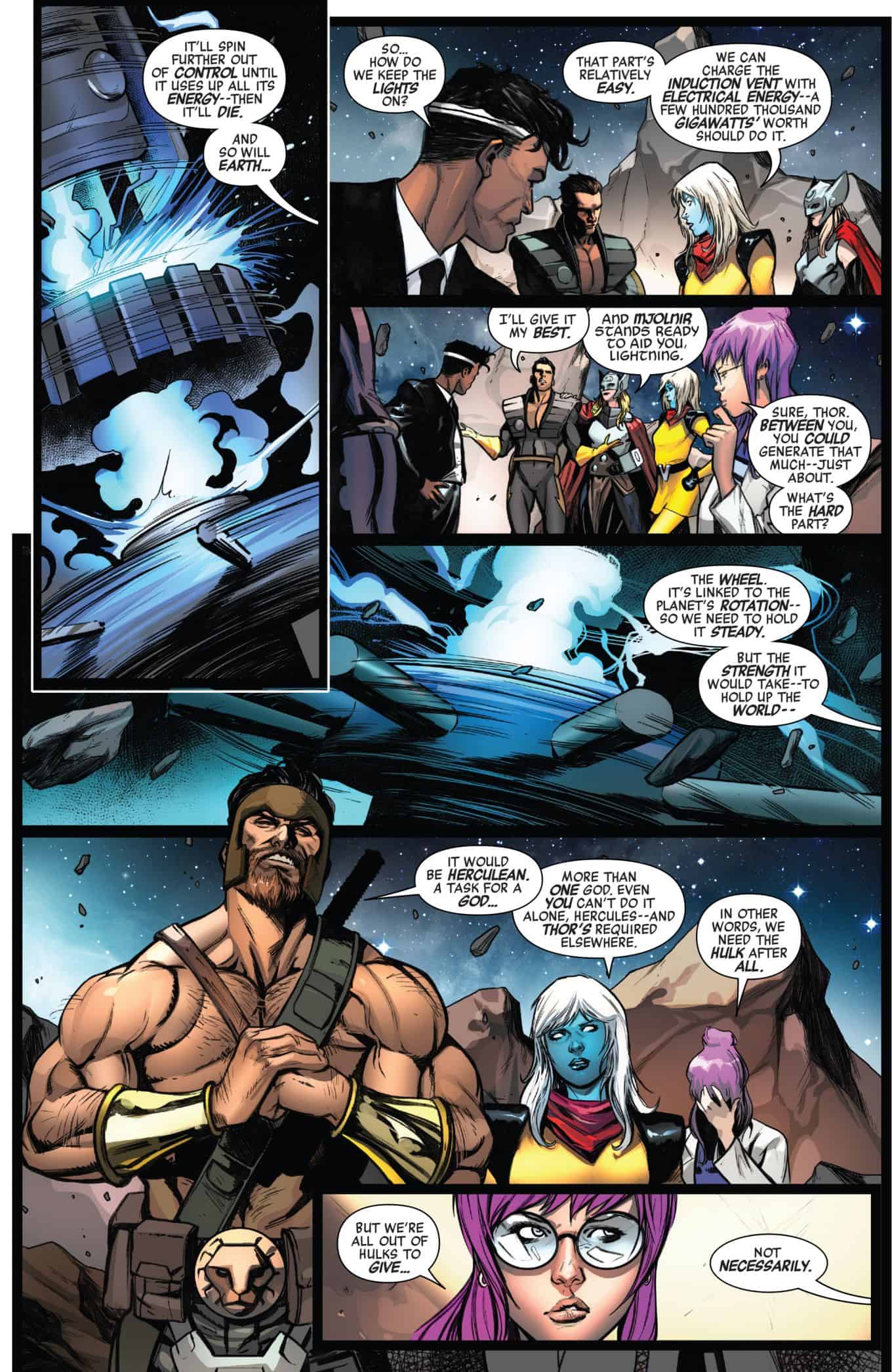 Hercules and Sunspot double team their efforts on the device.

At the same time… 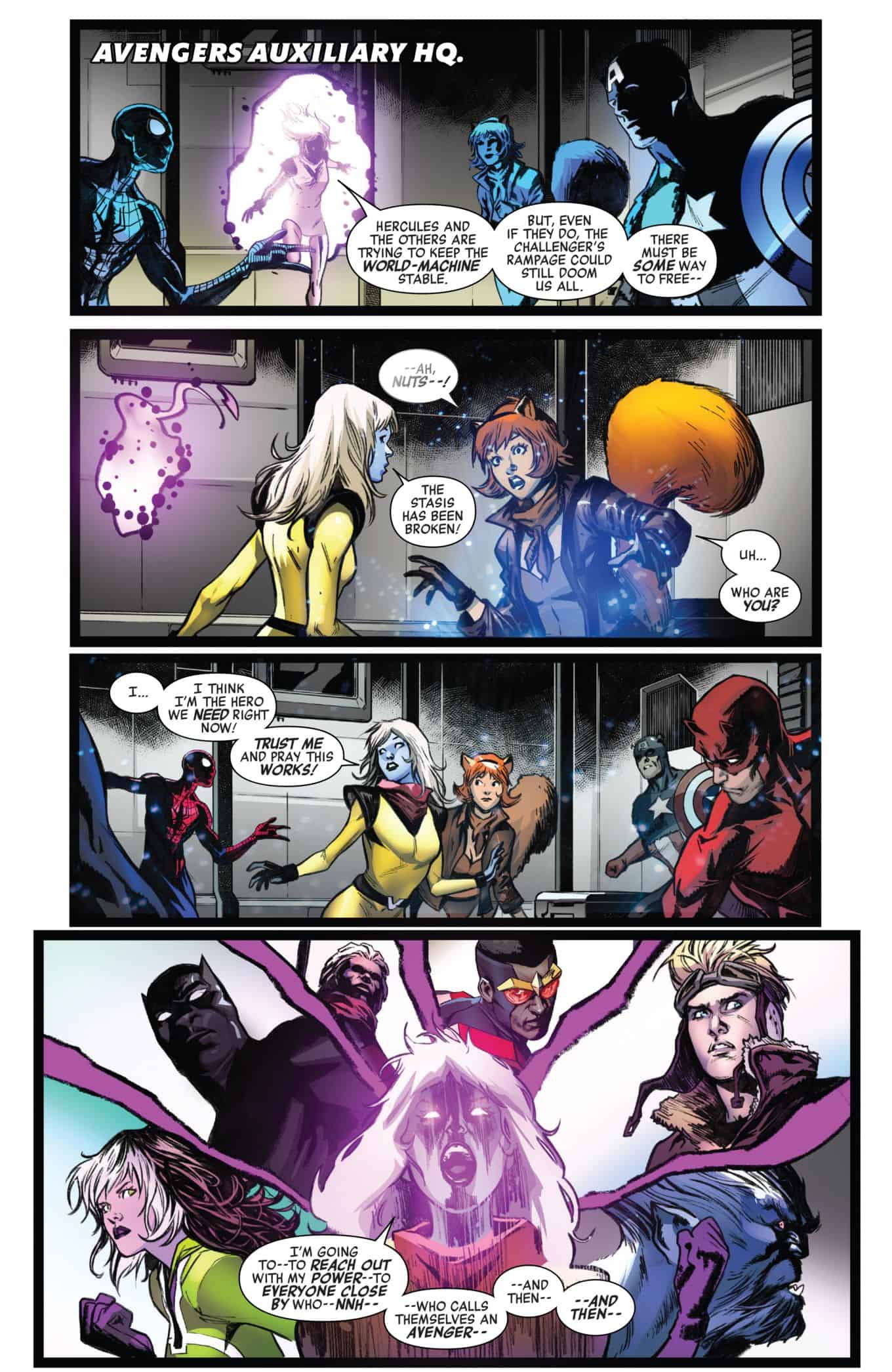 …the Voyager brings all the Avengers together to… 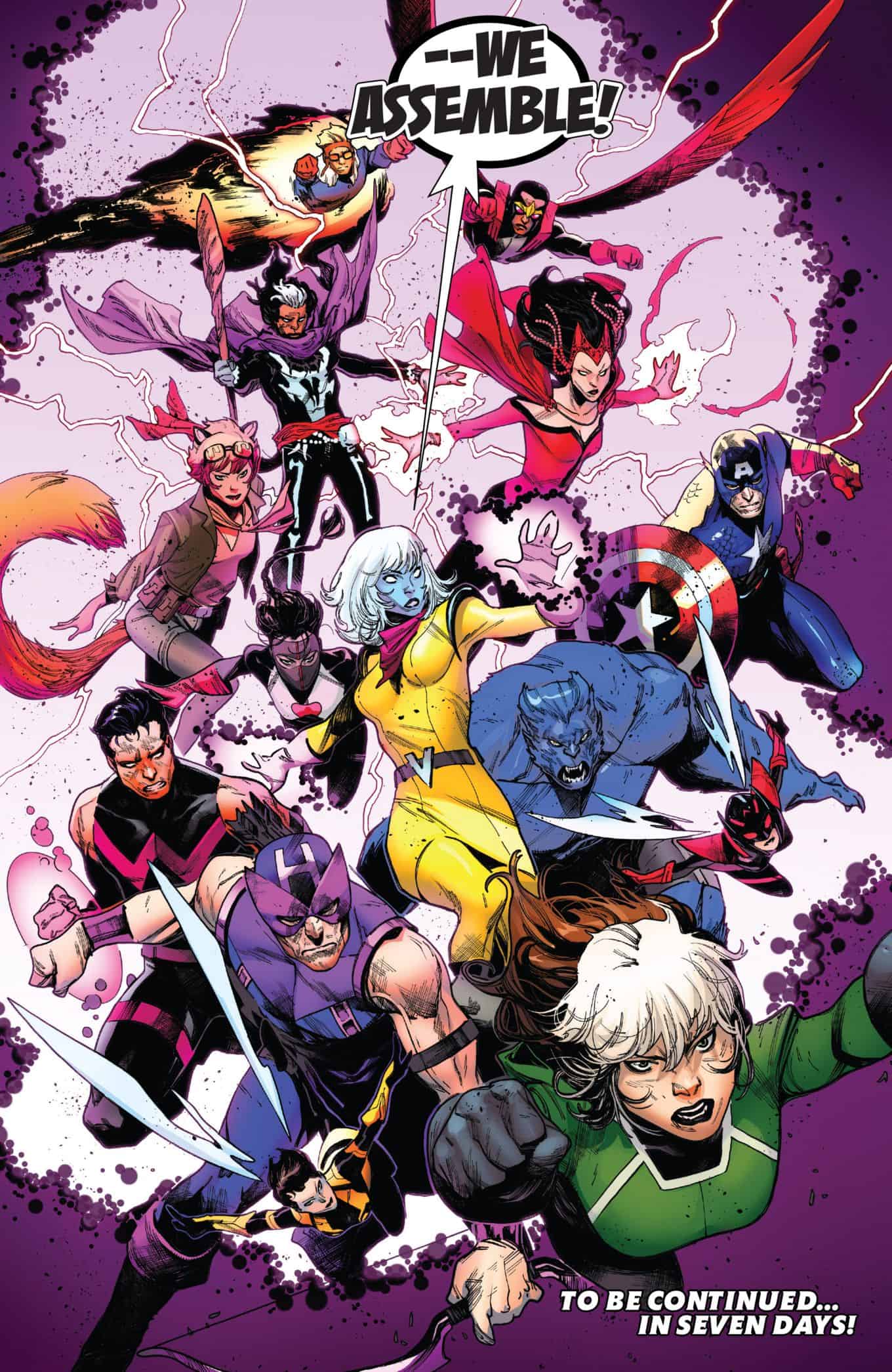 …take on and out the Challenger! However, is her dad, the Grandmaster, actually back from the dead in next week’s No Surrender penultimate issue? 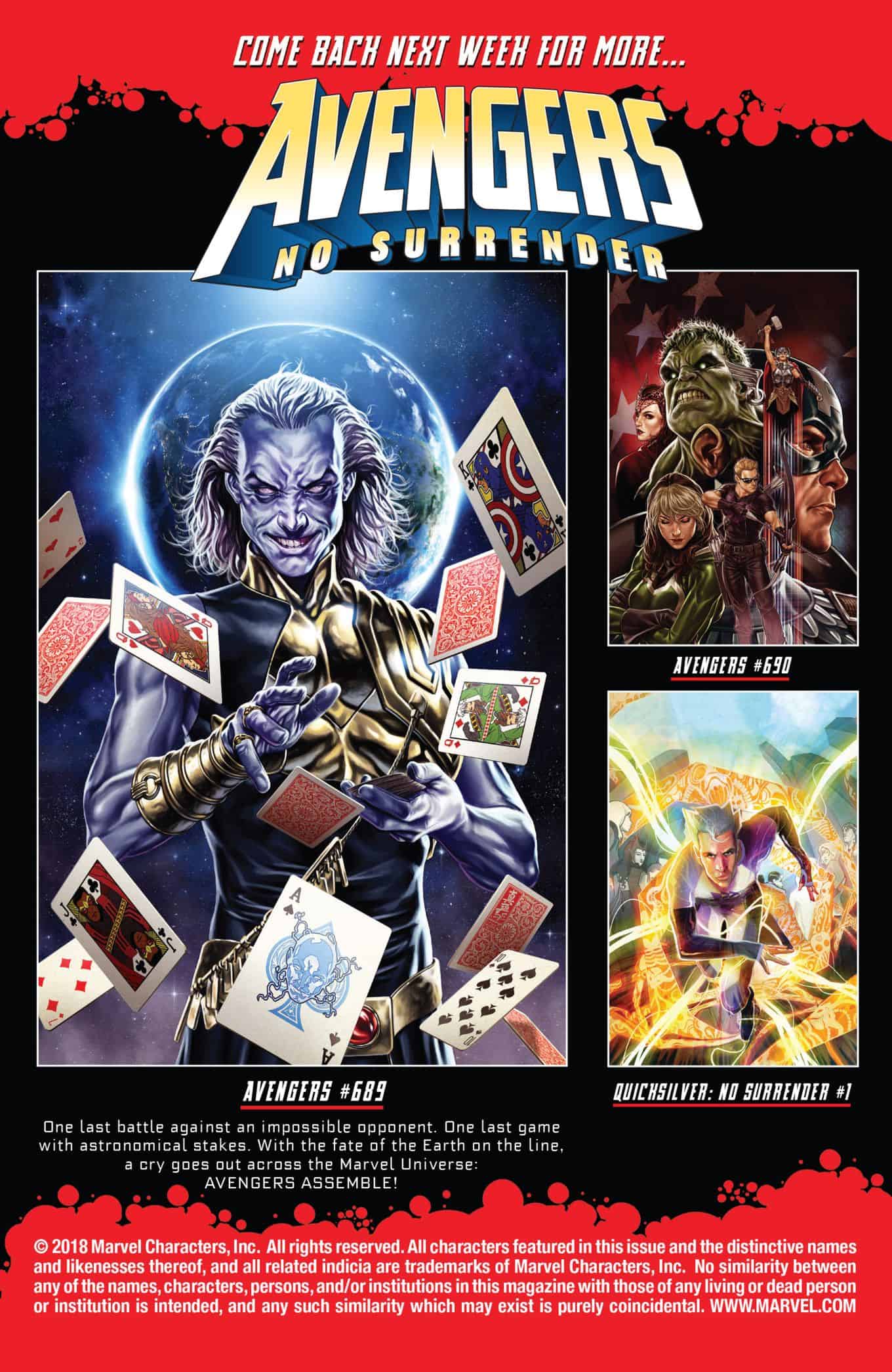