Here is the variant cover for ASM #799 from Humberto Ramos. 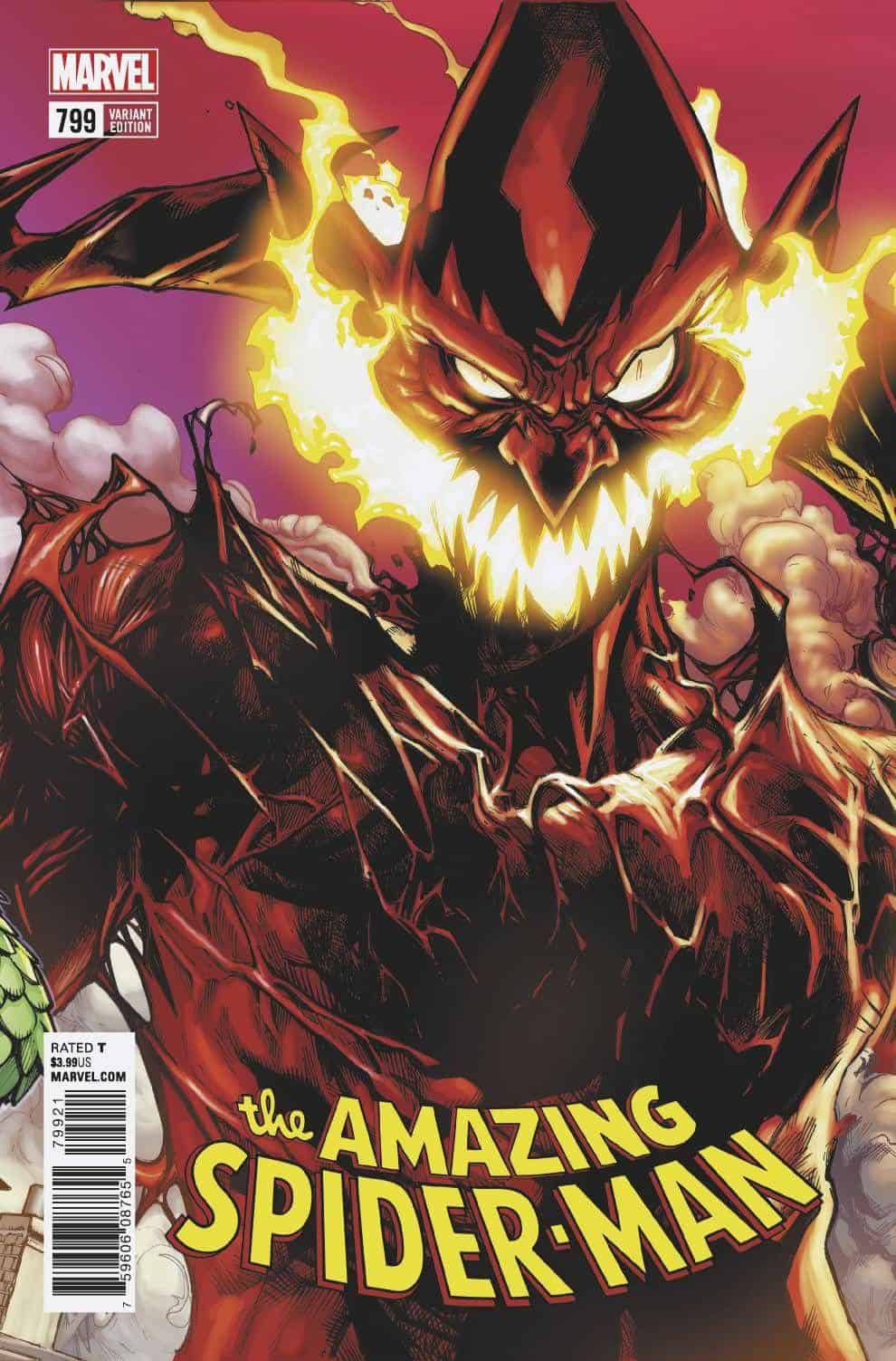 Here is how it fits with the previously released ones.

However, the black and white versions seems to reveal Humberto Ramos ASM #800 and ASM #801 covers.

Looks like the returning black Spider-Man costume (spoilers here) may debut at the end of Amazing Spider-Man #799 or in ASM #800.

The covers go to ASM #801 as that is writer Dan Slott’s run on the character which began with ASM #546 in 2008. He started off by being part of a platoon of writers when ASM went three times in a month and then assumed sole writing chores. So a decade of Dan Slott on Spider-Man ends with ASM #801.