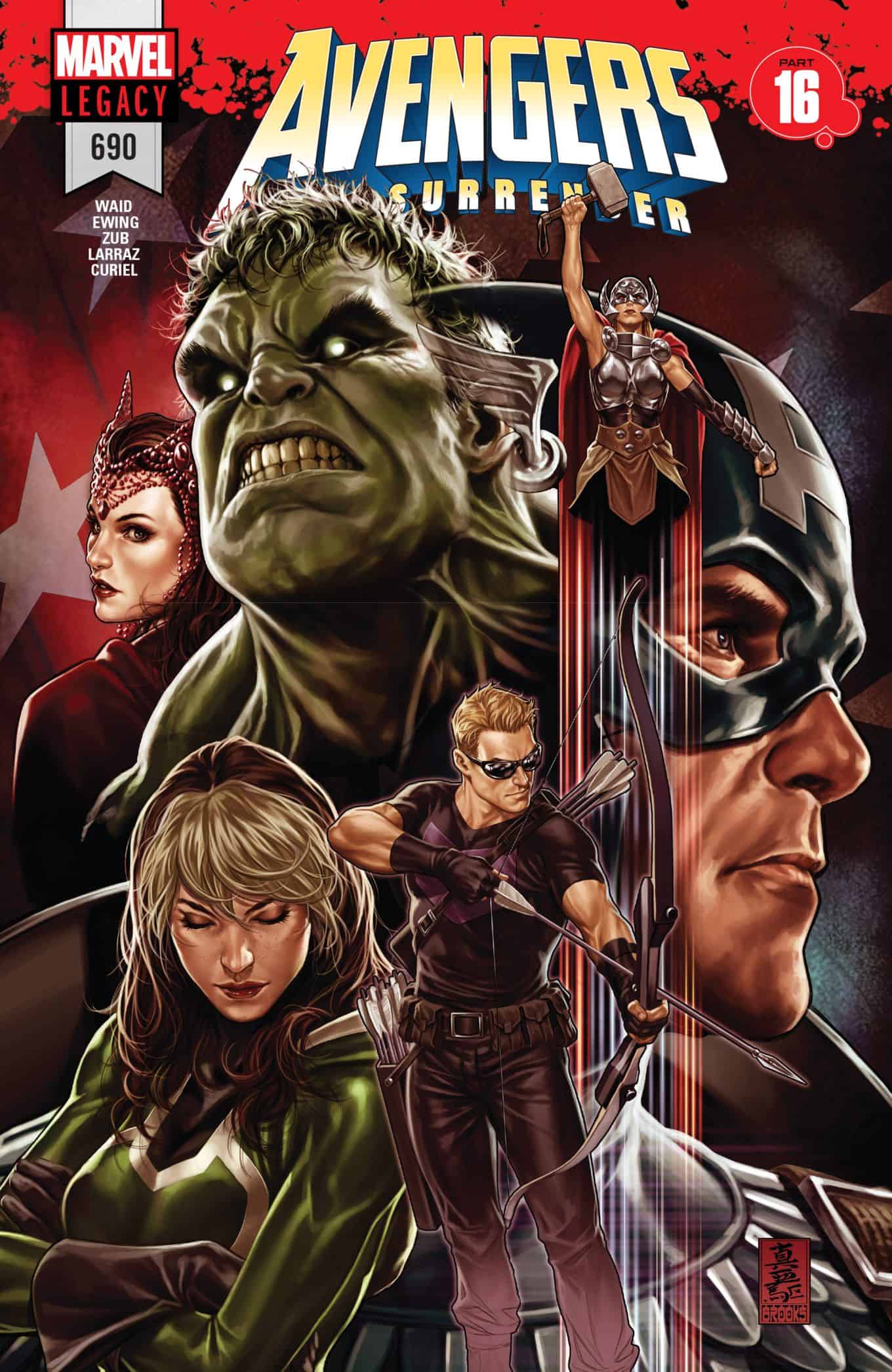 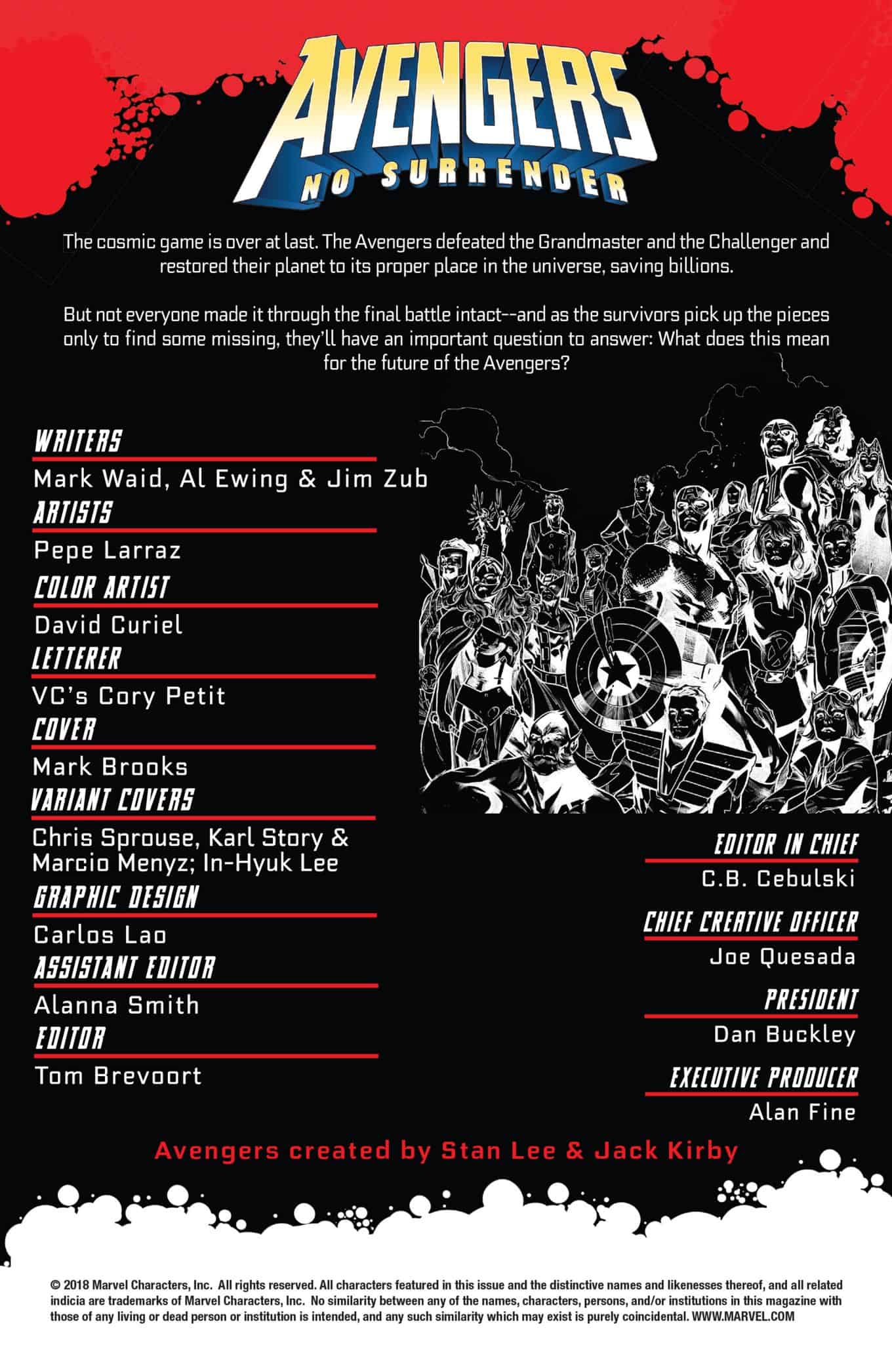 …followed by the dramatis personae. 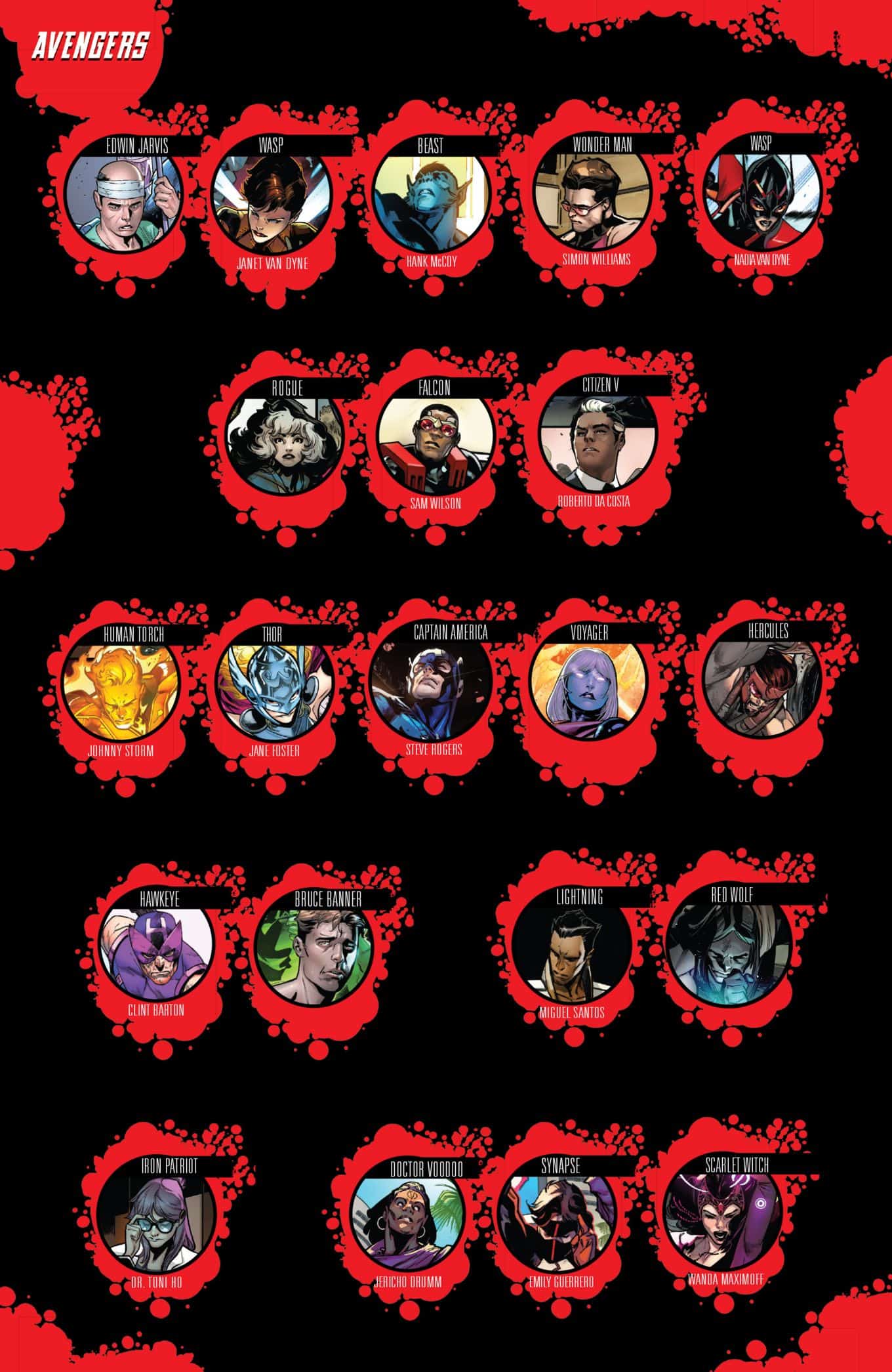 Voyager apologizes to the Avengers, but… 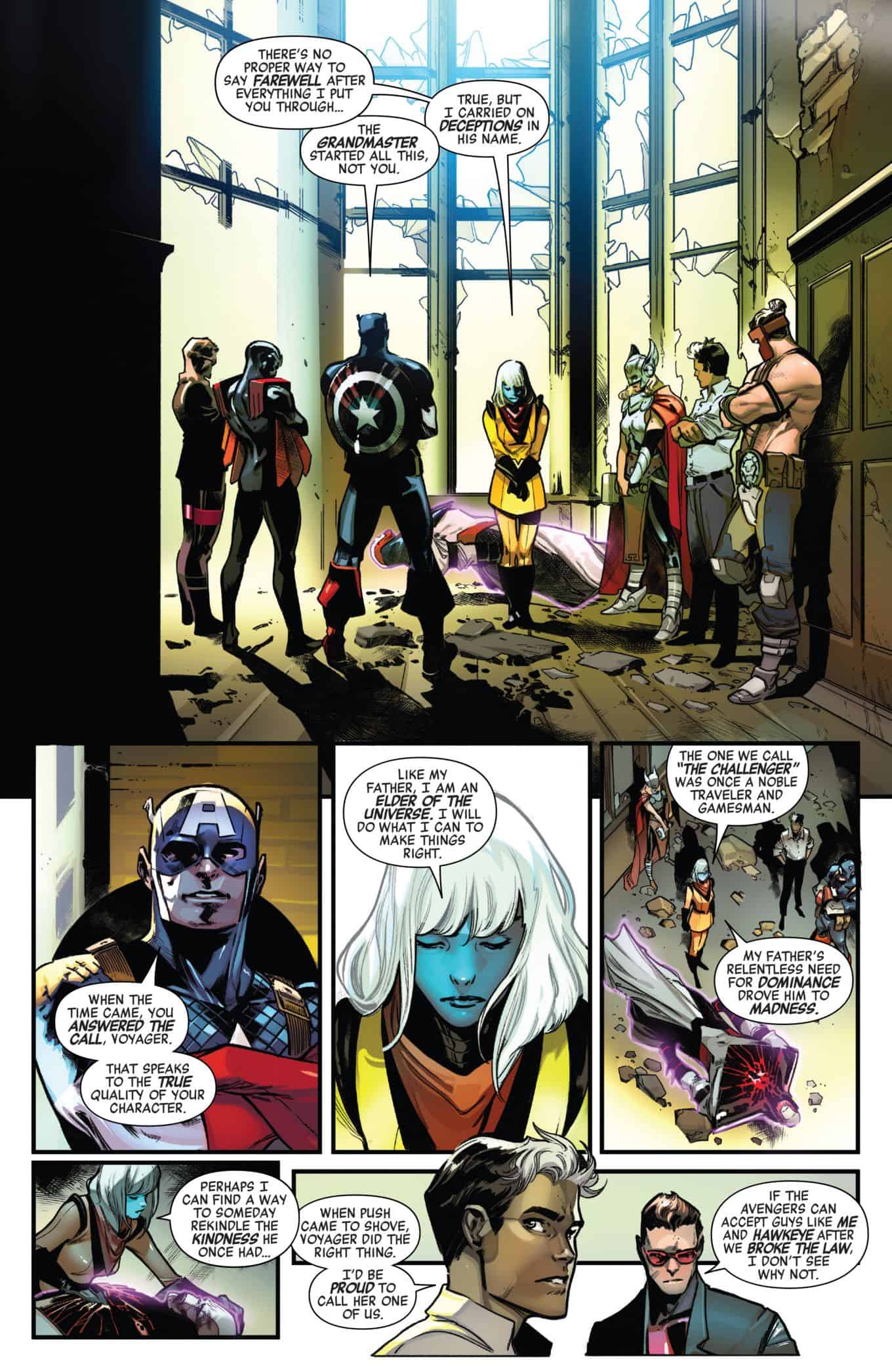 …they accept her as when it counted she chose the side of right. It also noted that Hawkeye and others started as villains and were redeemed and joined Earth’s Mightiest Heroes. 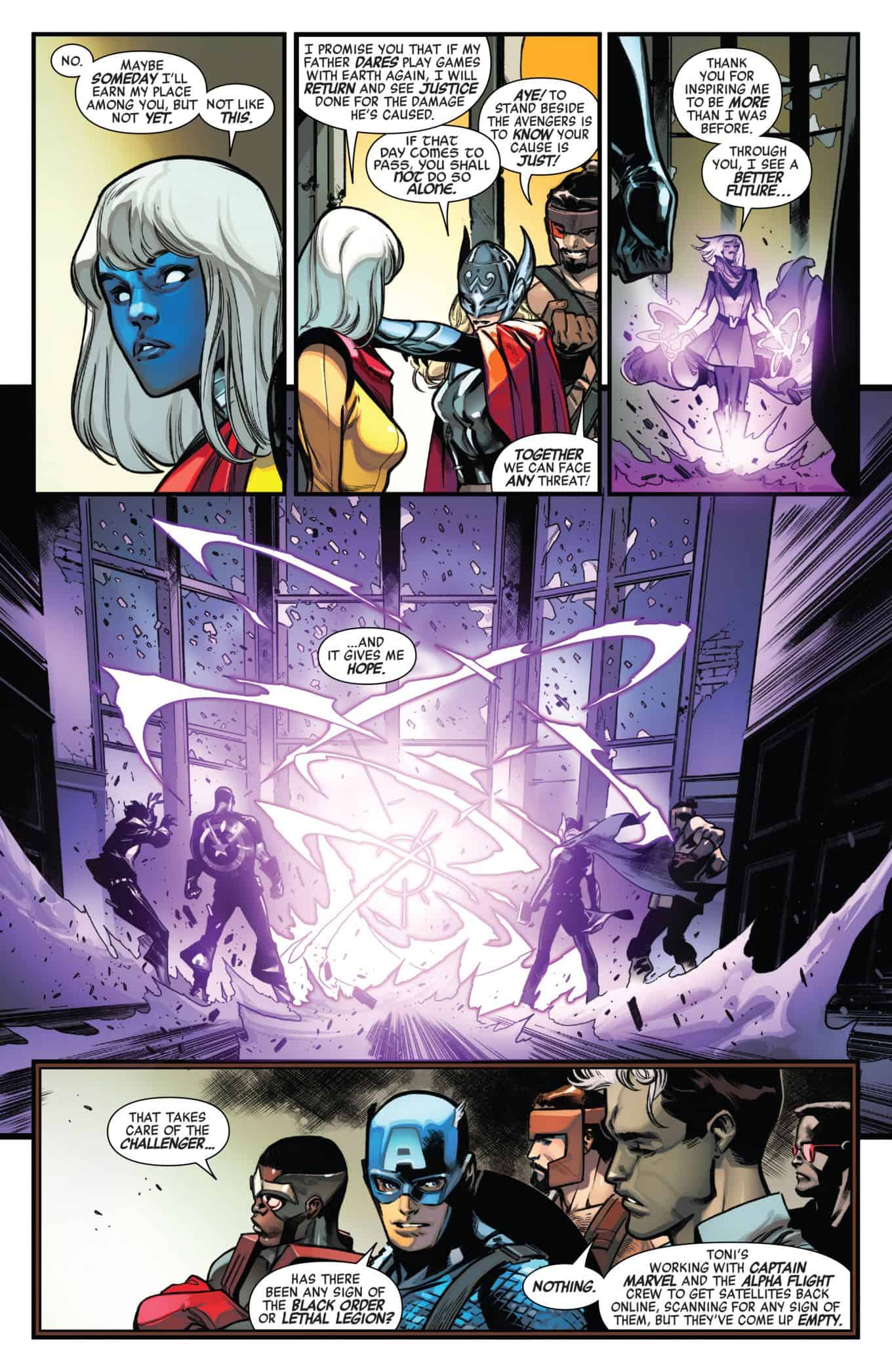 The book ends with the Voyager effectively as the Challenger’s jailer, and her eyes therapist, with… 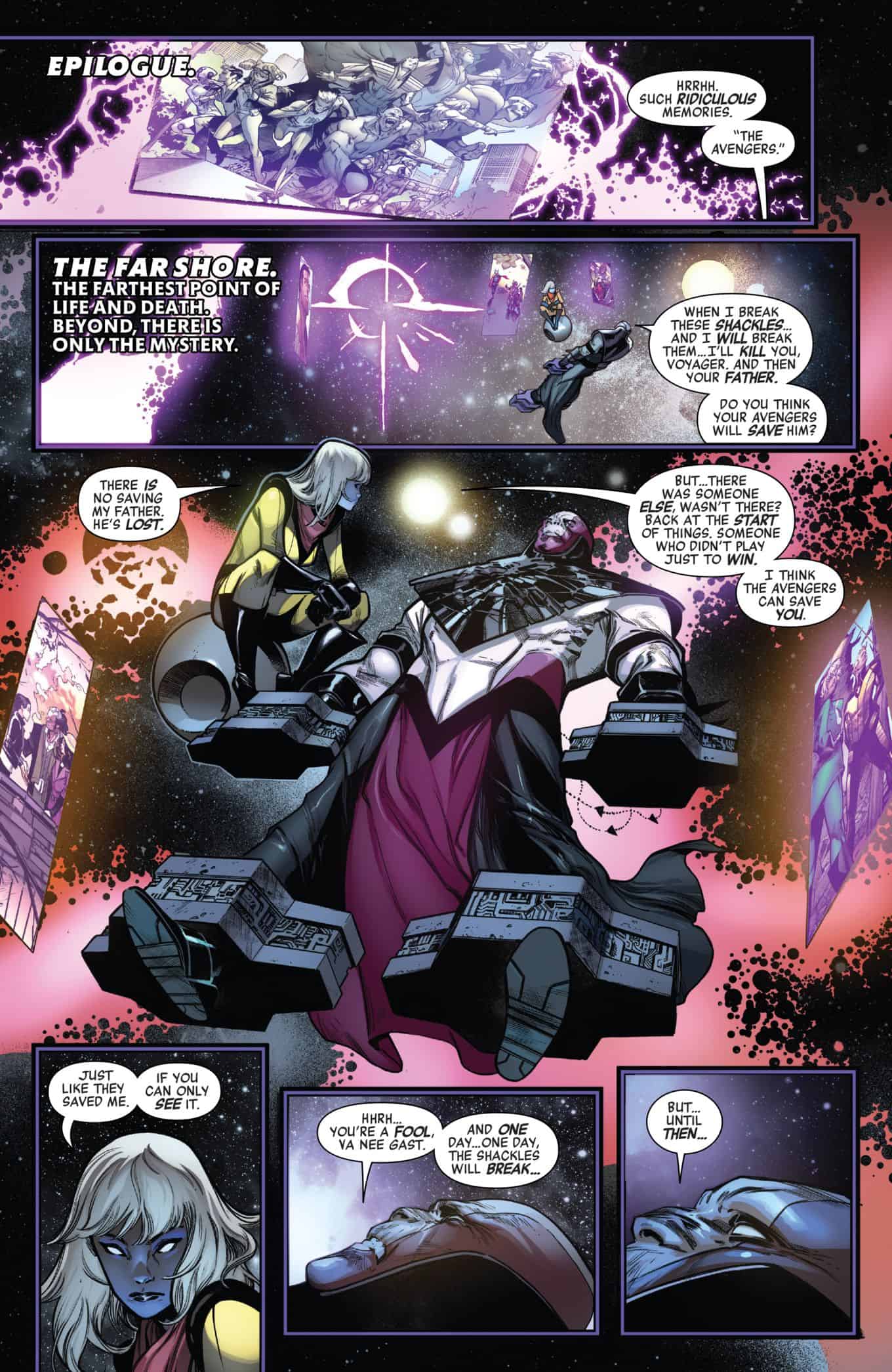 …both seeing the future of Avengers Fresh Start with Avengers #1 and even a look at the Avengers 1,000,000 BC! The Challenger is Grandmaster Prime no longer. 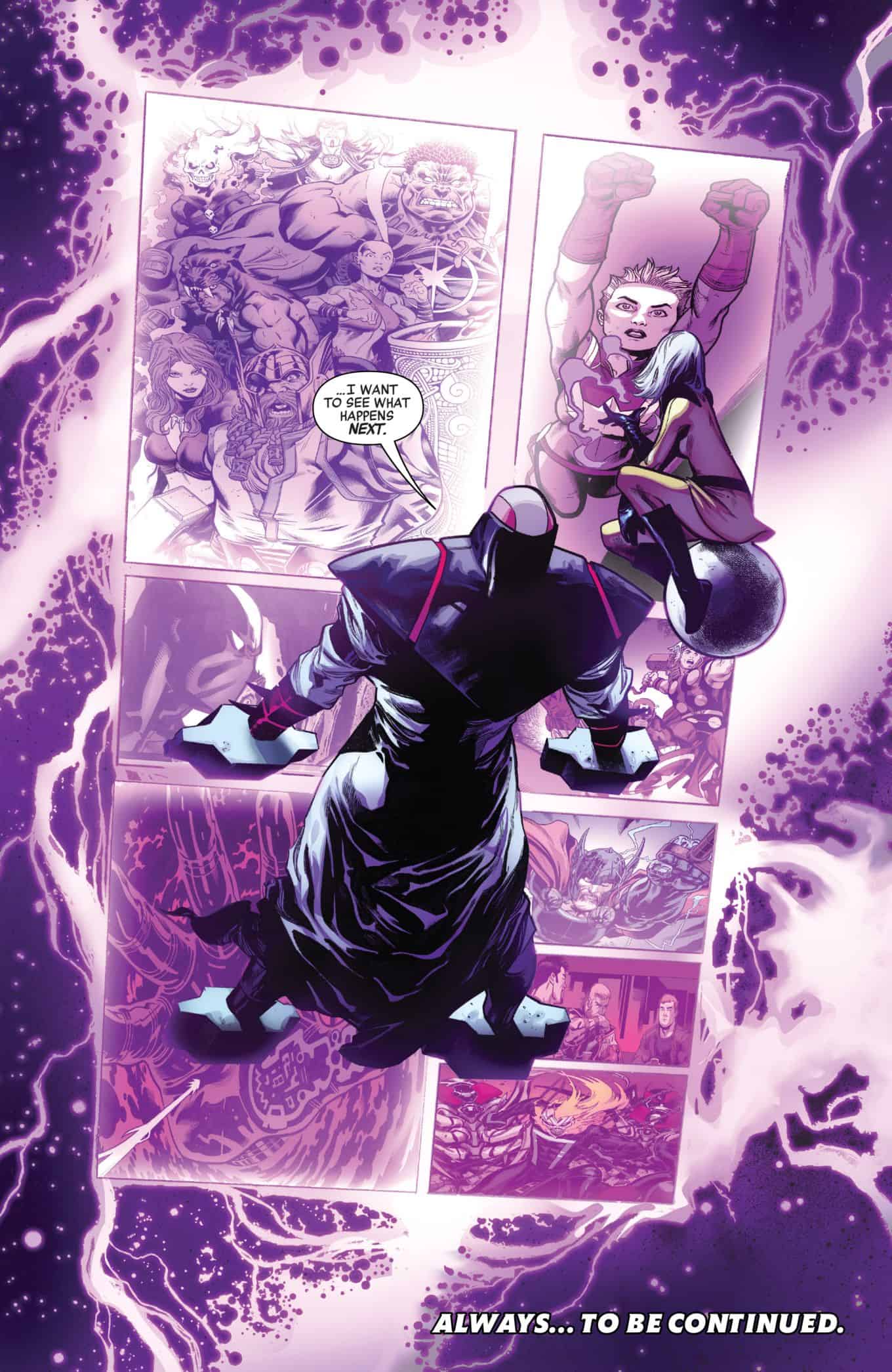 The Avengers erect a new statue to replace the crumbled one and, despite their words, it doesn’t appear to include the Voyager. 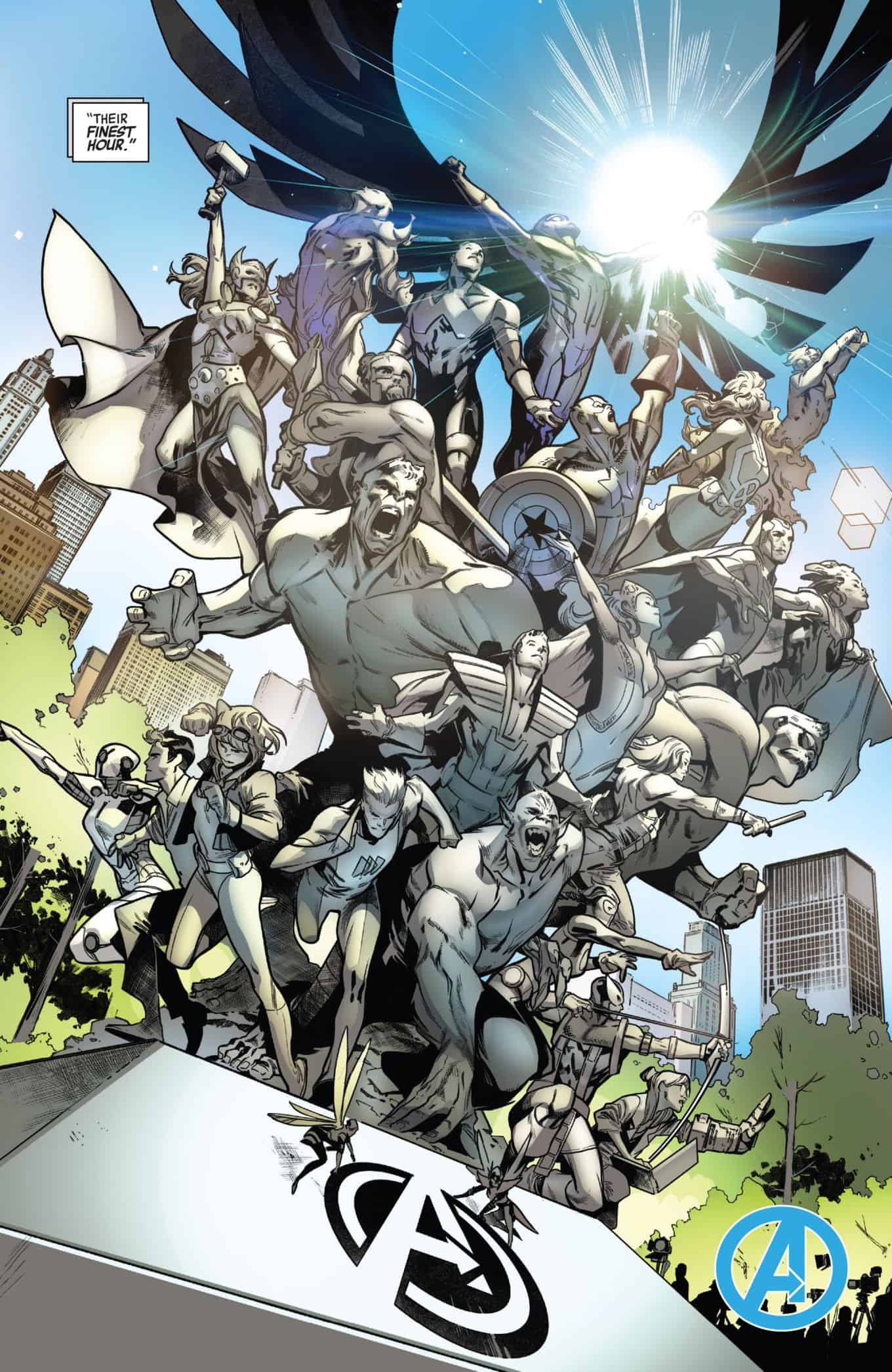 The Avengers #1 Fresh Start kicks off next week… 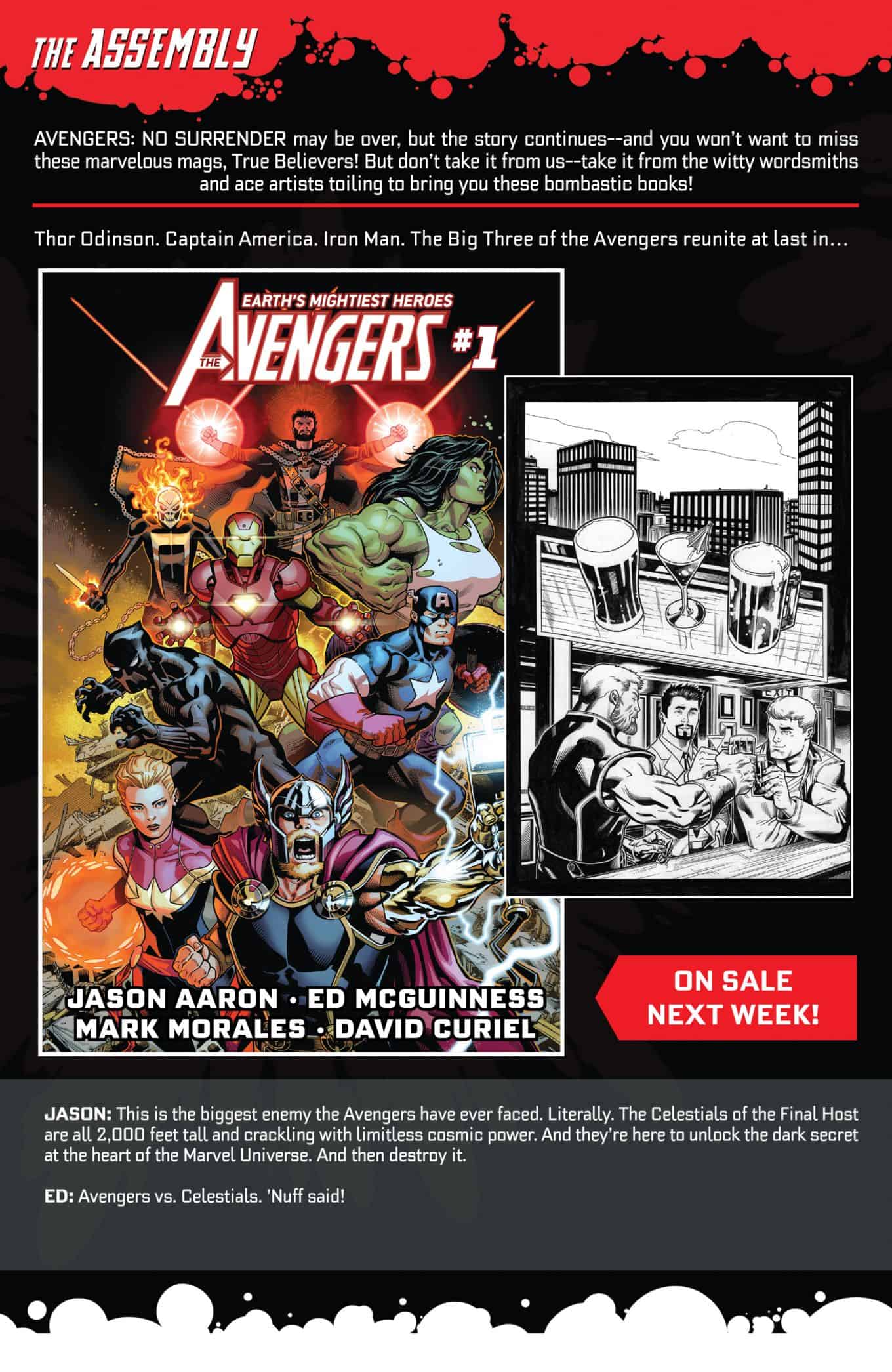