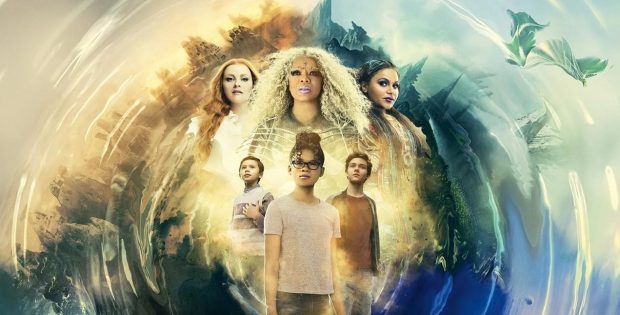 “A Wrinkle in Time” is a staple of childhood novels, a terrific children’s book that spawned a series of books. If there was a series destined to become the next big franchise it’s A Wrinkle in Time. After a made for television film didn’t quite hit like it was thought, $130 million and Chris Pine later and the latest version of the novel couldn’t find an audience among children or critics.

Simple premise. A scientist (Pine) has gone missing and it’s up to his kids to find him using a wormhole through space and time. Throw in some A-list stars in cameo roles, including Oprah Winfrey, and you’ve got what was supposed to be the next Chronicles of Narnia has turned into a flop for a director who’s much better than what she’s given.

The film’s main problem is that it takes nearly half of its running time to get to the film’s inciting incident. From there it’s a matter of second rate action sequences and a film that’s trying too hard to be appealing instead of trying to be a good film. It’s also hamstrung by the fact that the film has a Silence type problem; what works on the page doesn’t quite work on the screen and the film keeps running into this problem, including the finale.

It’s a beautifully orchestrated film on a pure audio/visual level. It might be one of the most visually impressive films of 2018; it’s an absolute marvel to look at. Beyond looks, though, the film doesn’t do much beyond that.

A handful of EPK pieces highlight the feature.

Tags: A Wrinkle in Time