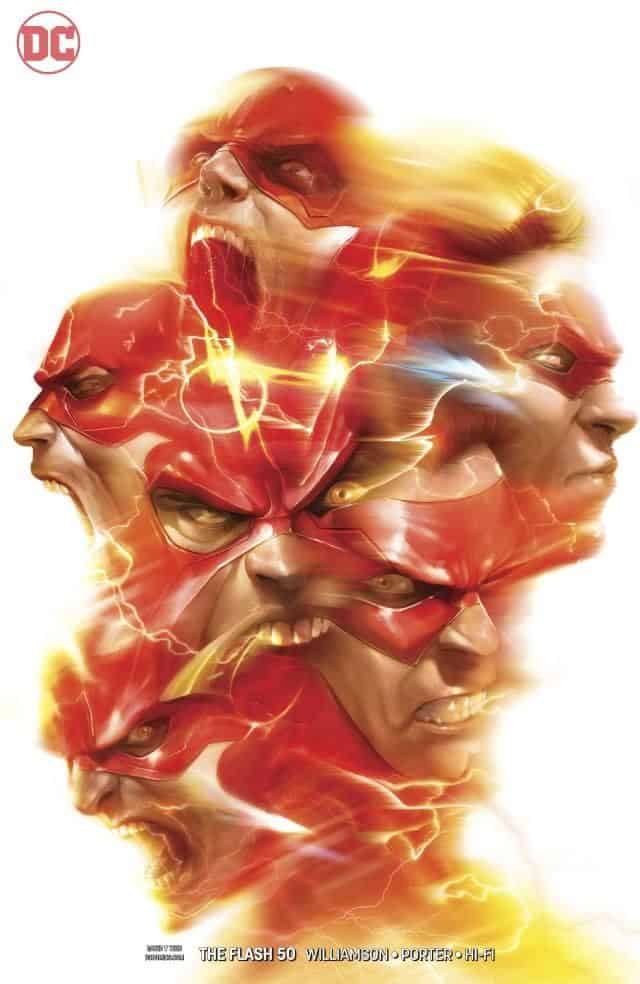 Building on our earlier report on the Flash #50 and its Flash War Part finale (full spoilers here) we have more to share.

(1) The Flashes no longer have the ability to Time Travel! This appears one way to fix DC’s current and rampant problem since Time is Broken!

(2) and (3) Both Wally Wests run to different books; Teen Titans and Heroes In Crisis Respectively.

Also, Barry Allen is no longer the Fastest Man Alive, but we knew that from DC Nation #2 (full spoilers here). Plus we see where Kid Flash (younger Wally West) leads him away from Barry Allen to the Teen Titans just as the other Flash (older Wally West) runs to Heroes in Crisis.

Looks like Commander Cold from the future, a hero, is stuck in the present.

(4) Bart Allen as Impulse is back! 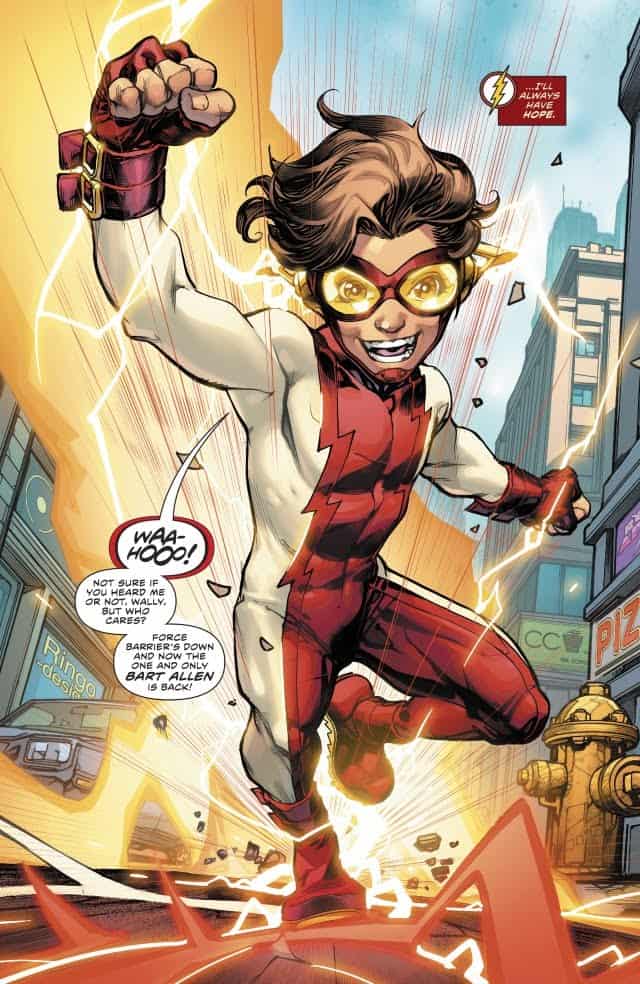 Where are Kon-el and Cassie Sandsmark?