Welcome to The Column where I talk about the things that made me happy last week in comics.

My favorite couple in comics is Peter Parker and Mary Jane Watson. I don’t know how or exactly how I came to that, but I love them together.

I am one of the people who grew up with Slott’s run, but I much prefer Spider-man to be married than single as he has been for well over a decade.

Now this is what starts off this weeks Amazing Spider-man #1.

An alien invasion hits New York City and the only one who can stop it is…Spider-Man?! But that’s far from all you’ll find here – a revelation from the past puts Peter Parker’s job, relationships, and whole life in jeopardy! And if even that’s not enough, you’ll see a new roommate, new love interests – and a new villain! Spider-Man goes back to basics courtesy of Nick Spencer (SECRET EMPIRE, SUPERIOR FOES OF SPIDER-MAN) and the Marvel debut of RYAN OTTLEY (Invincible)!

Do you see the part about new love interests? Well, me too. Also there was no MJ on the cover. That made me think that this was gonna be another snoozefest about a down and about Peter going through life again and again and again. The FCBD 2018 issue was ok, but it didn’t make me terribly excited. I was like ok, this might be decent. Turns out it was all a deception. 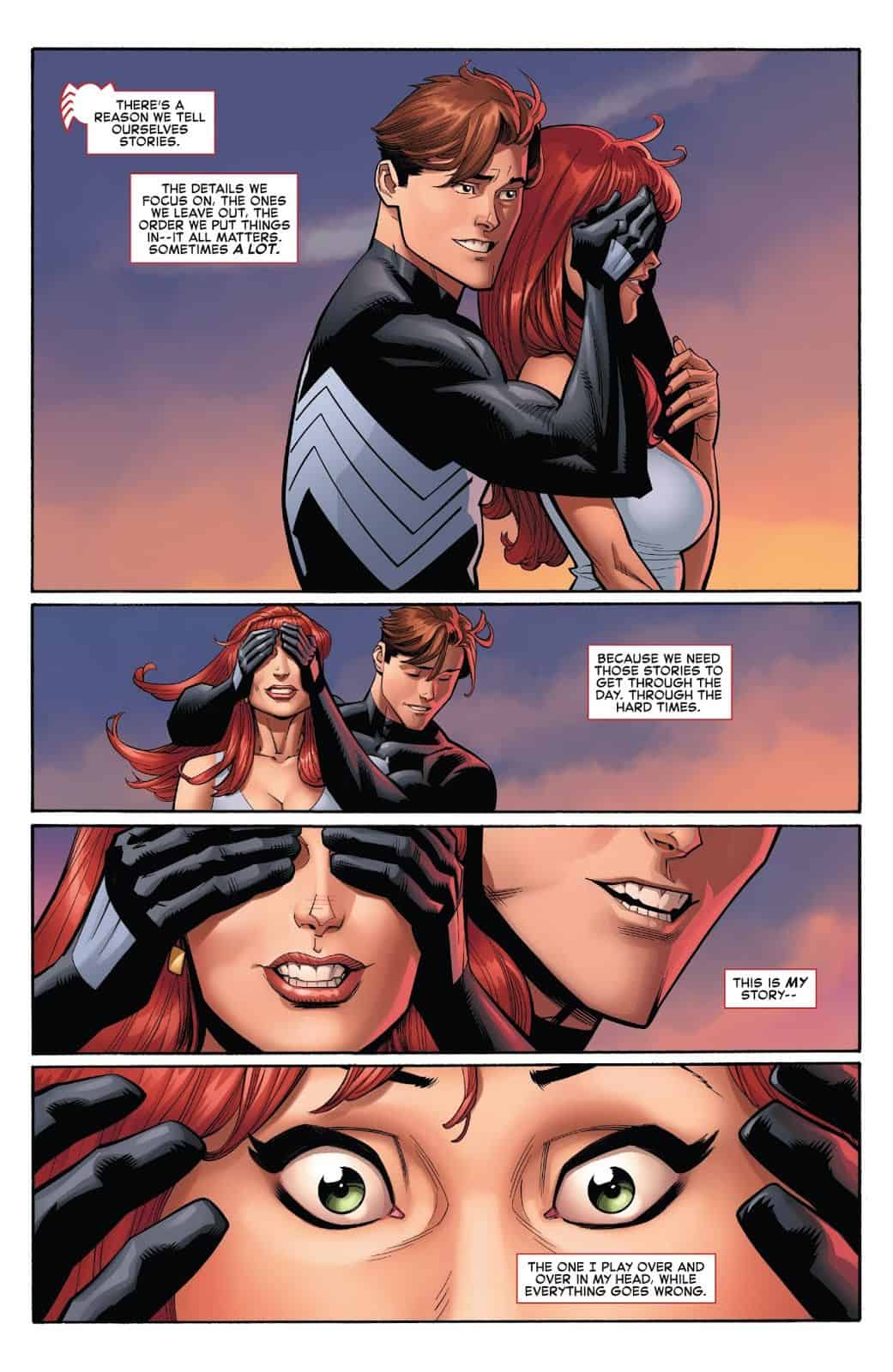 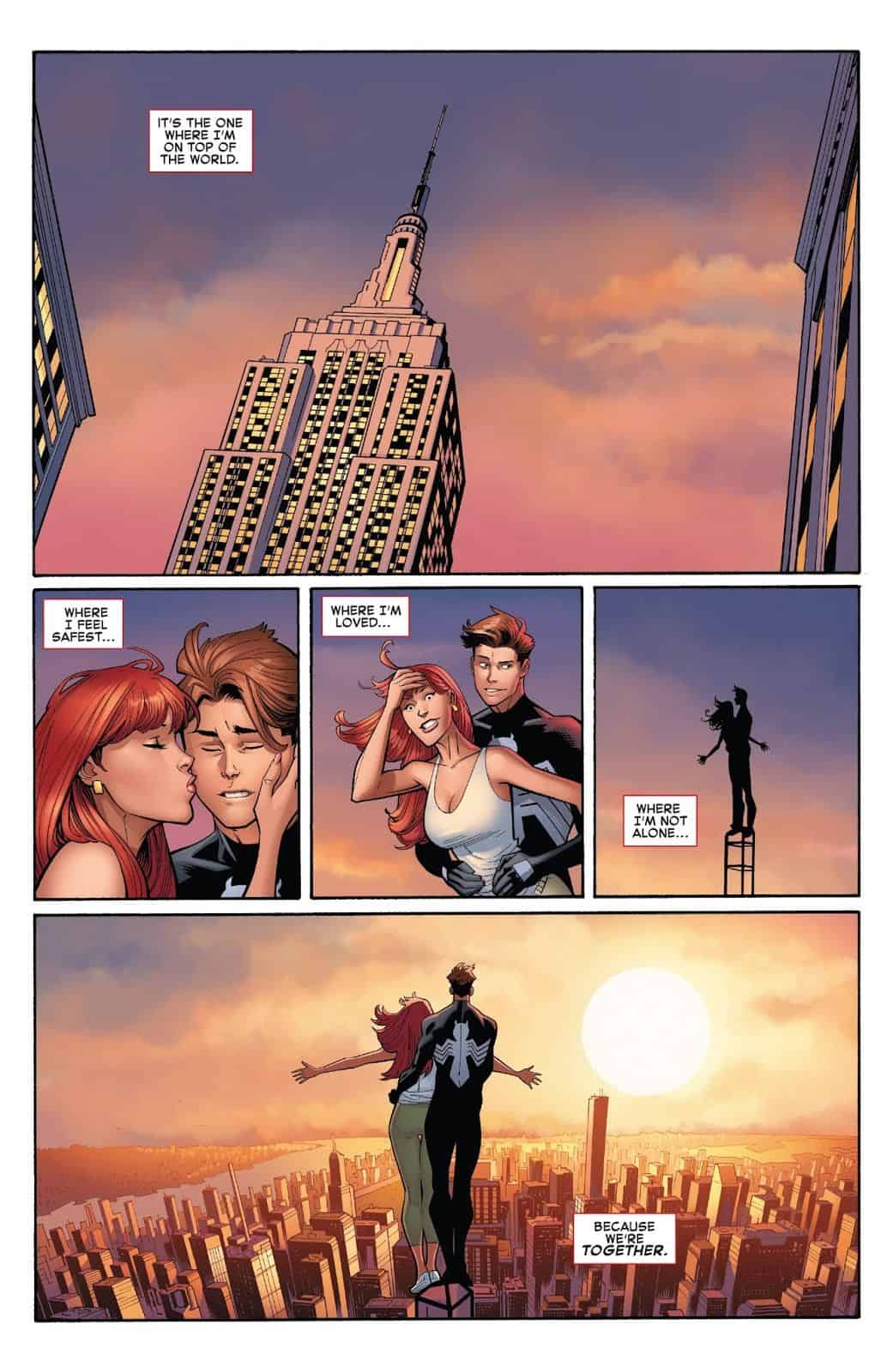 Then the first issue came up and hoo boy, I was just blown away. It was wonderful. Simply beautiful and wonderful. It starts with a beautiful flashback to the best Spider-Man story of the year, the Sensational Spider-man Annual by Fraction and Larroca. After reading that, I realized that I was in for something really special. 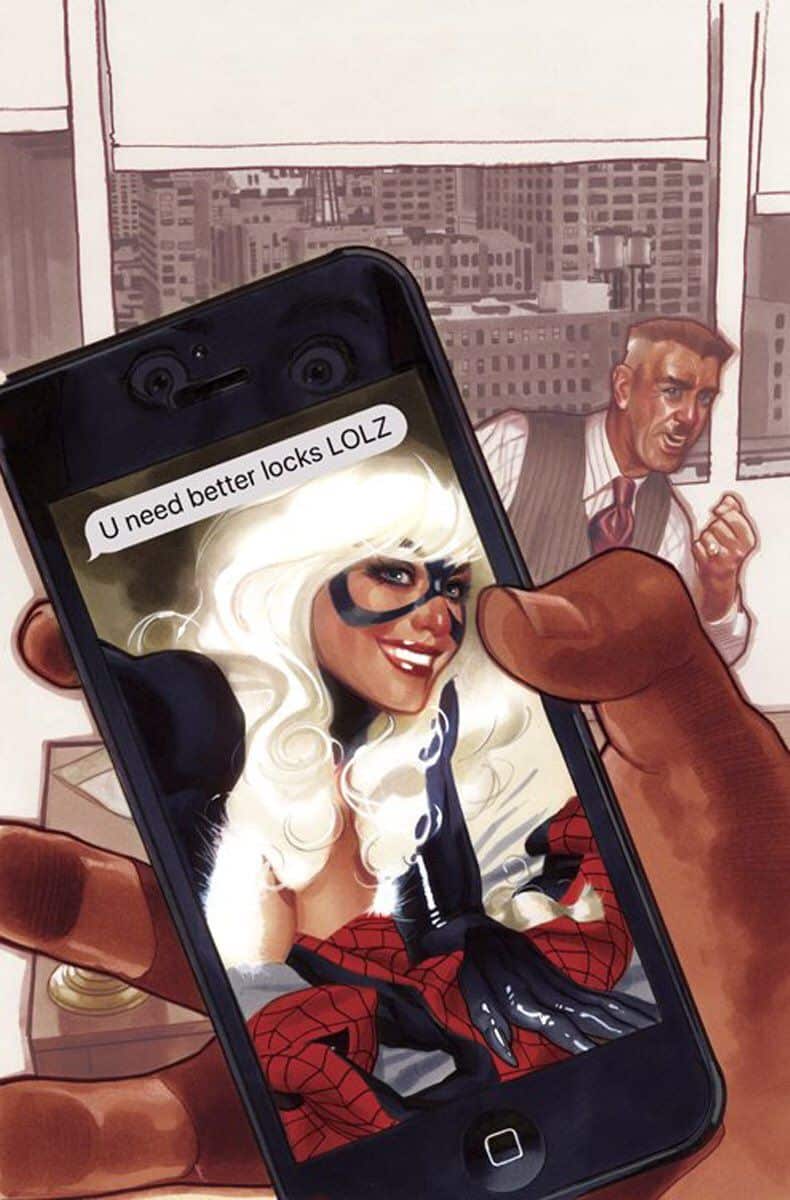 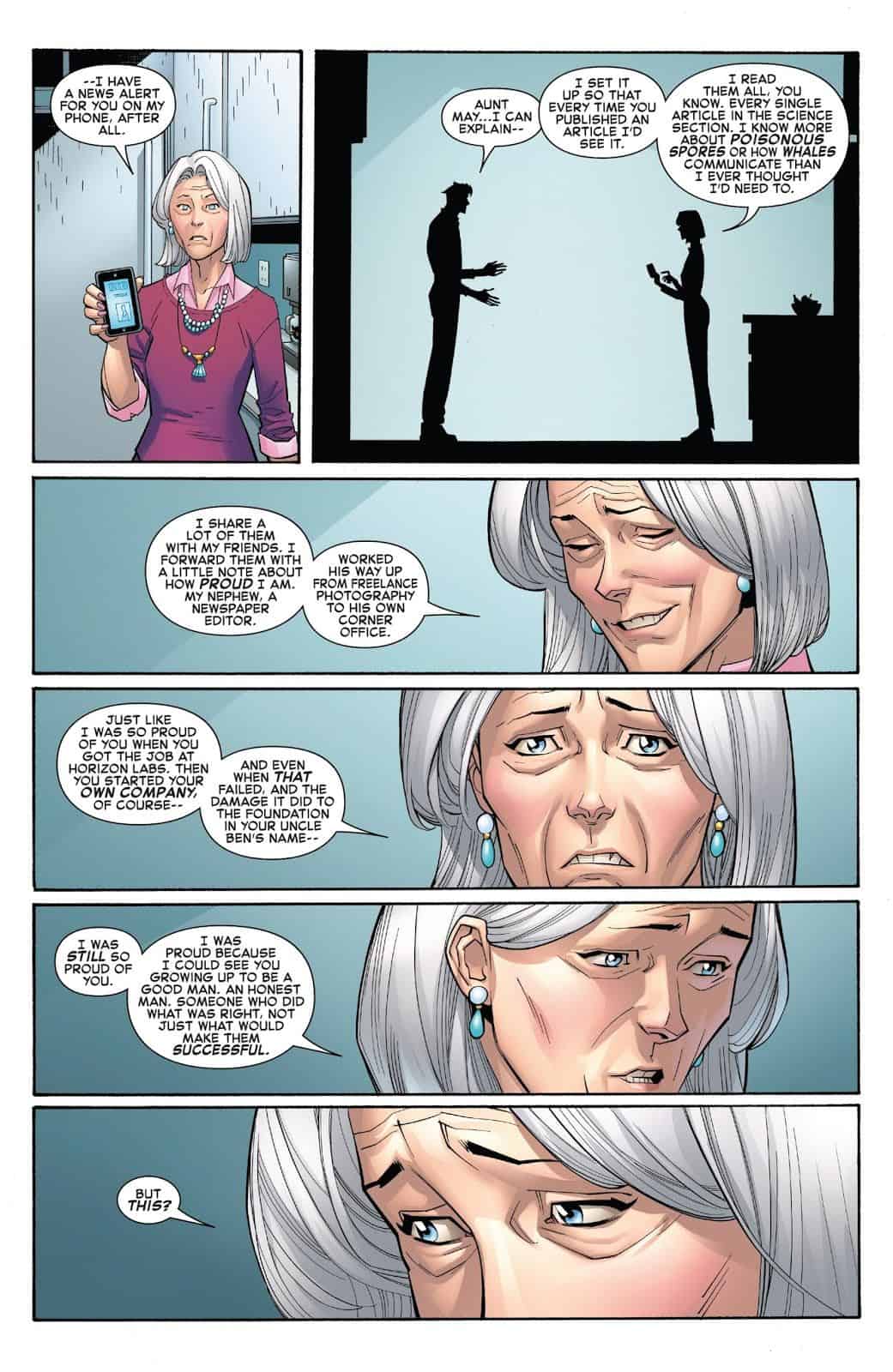 Then we had Spider-man losing everything, the respect of his friends in the hero world, Peter loses his job, Aunt May is disappointed in him and turns out that was what was needed for him to finally do the right thing.

And just like that, the romance which so many of us missed is back and hoo boy, am I excited. This is just so great. After reading this, I remember having a smile on my face for quite a long while. 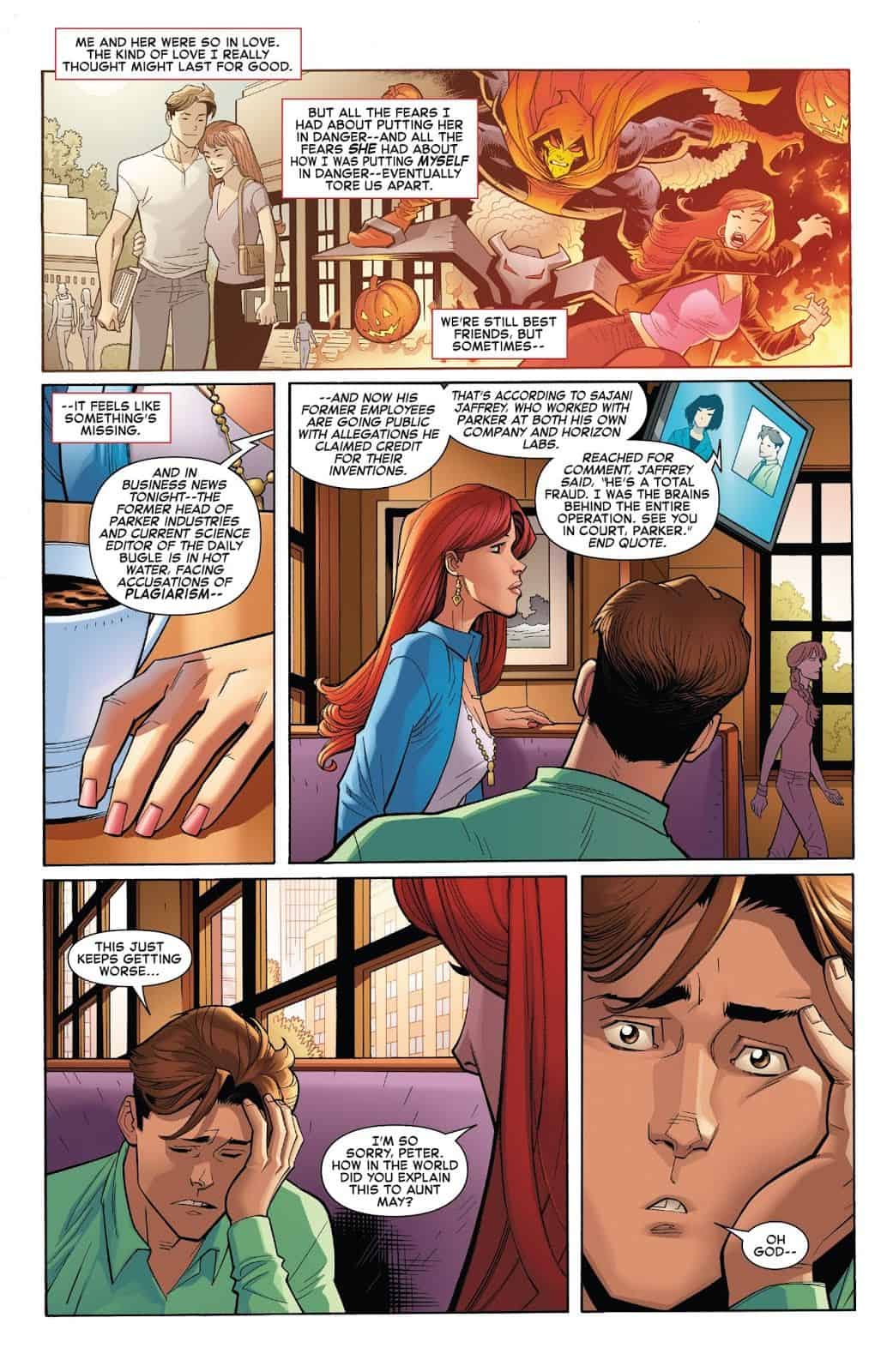 There are also numerous hints throughout the whole book to One More Day (OMD) / Mephisto. Nick Spencer even starts his dream run by referencing a pre-OMD story. I feel that this is a tiny step dealing to the long overdue demise of the One More Day storyline. 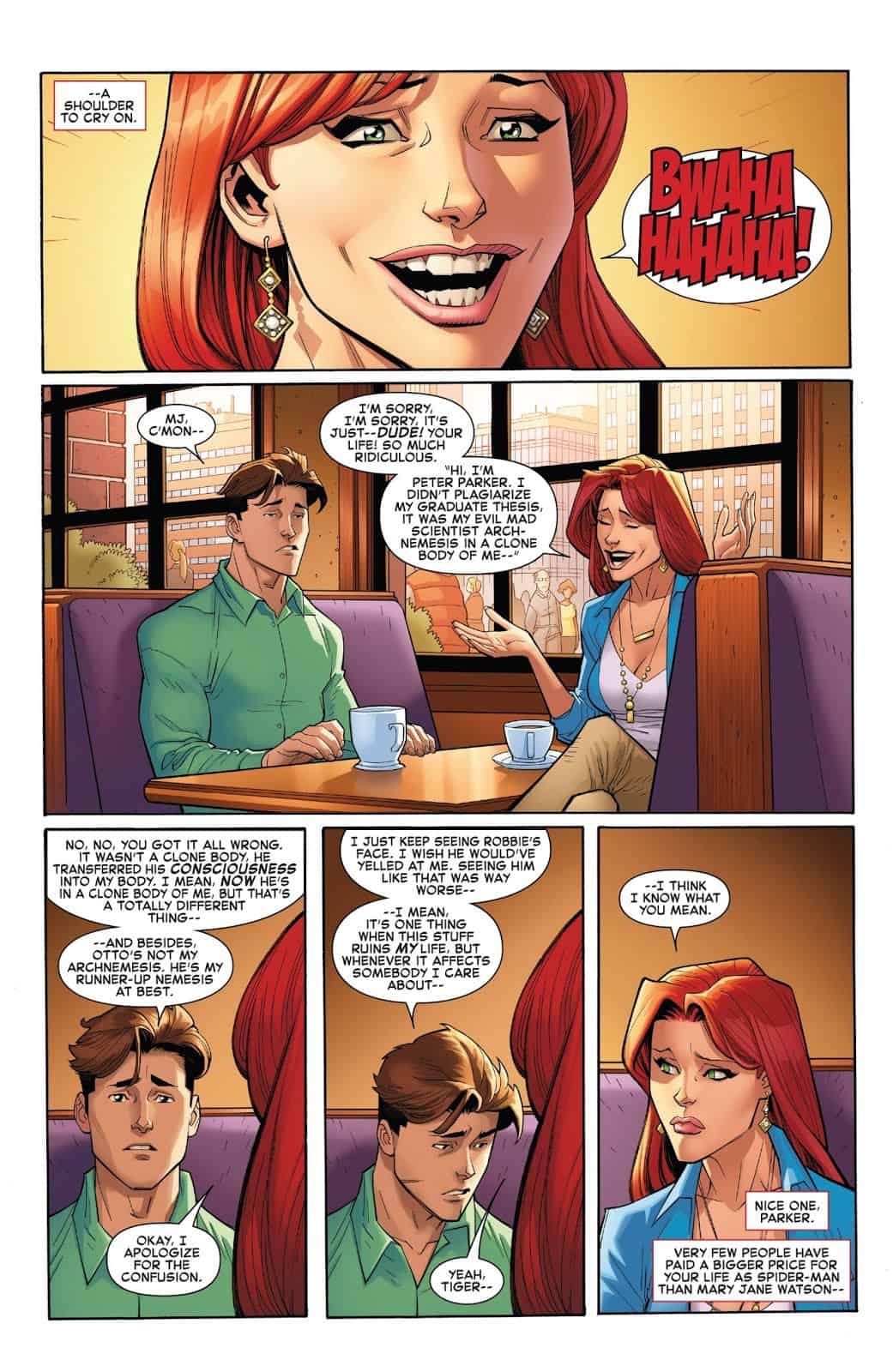 Let me tell you, Nick Spencer. This was great and as long as Peter and MJ are together and the possibility of one day removing One More Day, I am in for the long run. 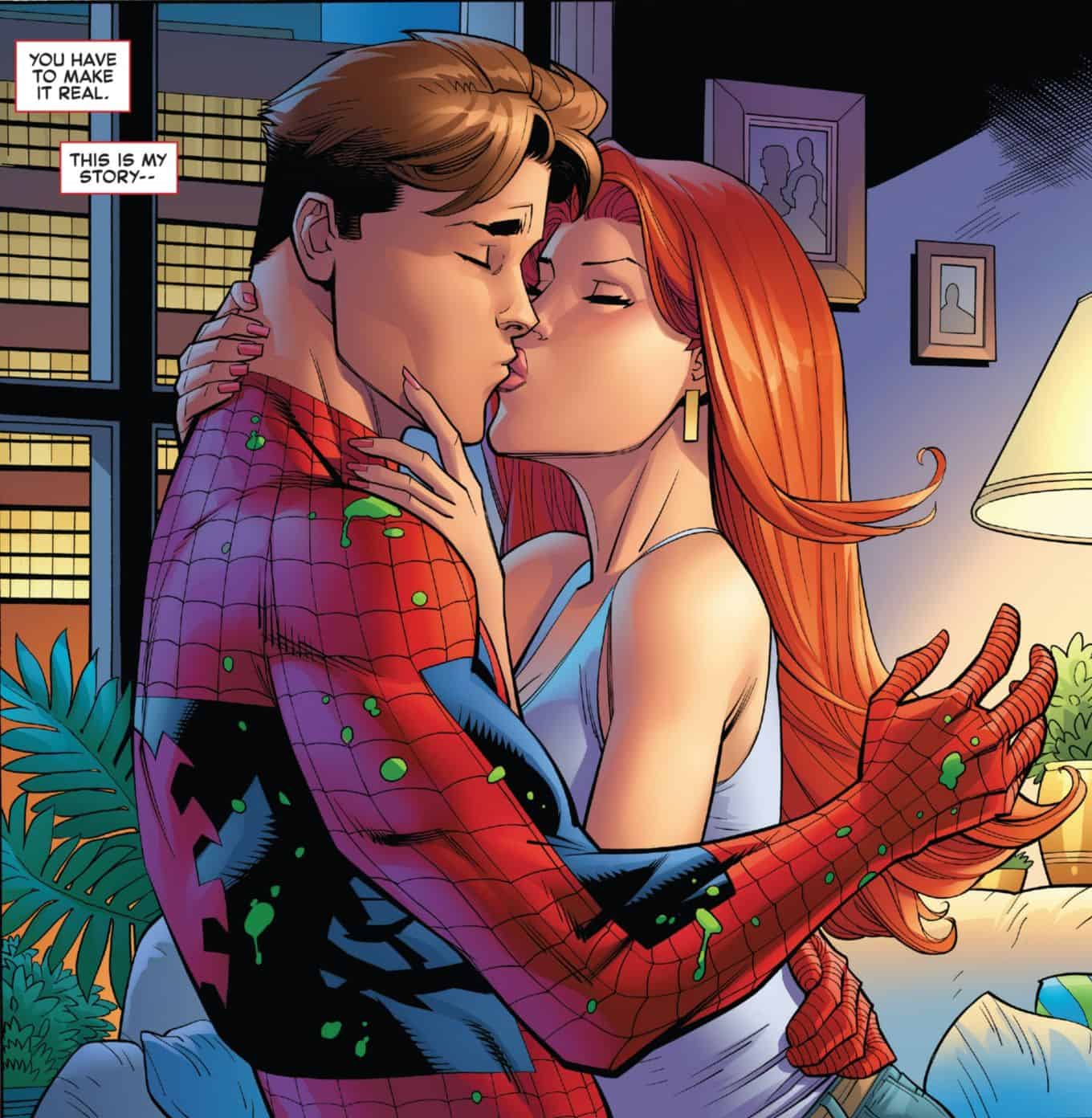