3 Jokers Coming In 2018 As Mini-Series With Batman Vs. Joker x 3 Plus Red Hood and Batgirl. 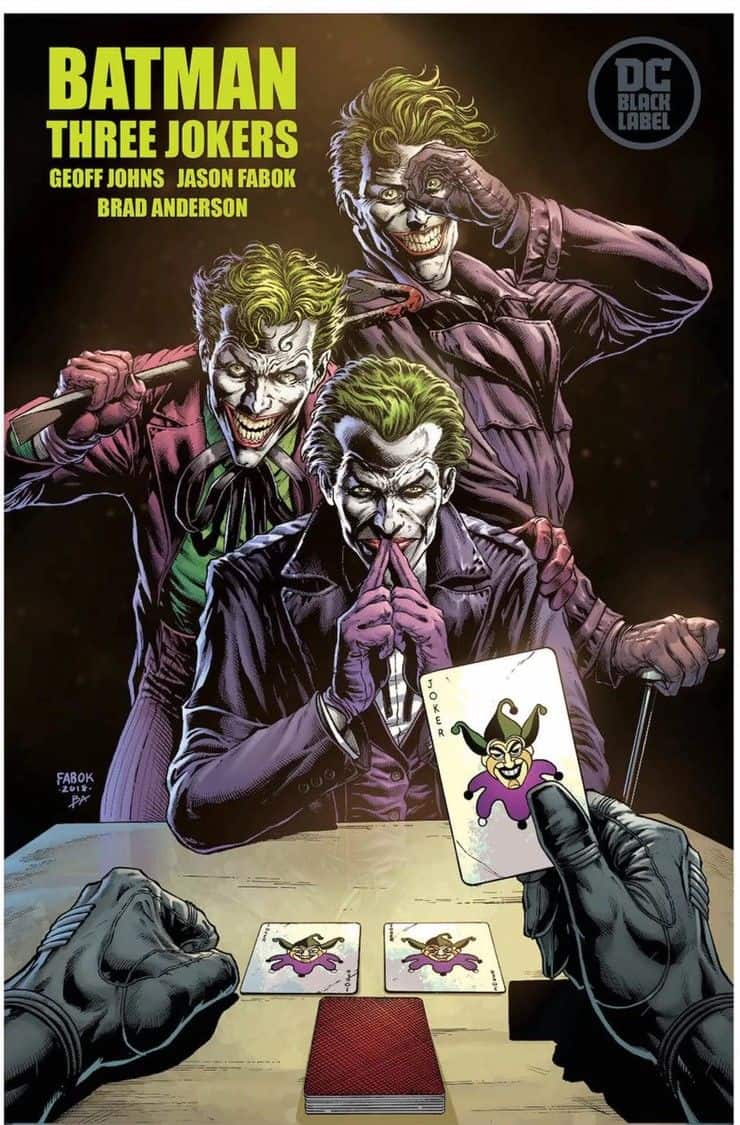 Geoff Johns and Jason Fabok’s Three Jokers title has landed at DC Black Label – but will tie-in to DC Universe continuity. Announced during the Geoff Johns spotlight panel at Comic-Con International: San Diego, the series is scheduled to debut this winter as a three-issue prestige format limited series.

“It’s not about other dimensions, or other Earths. It’s a very grounded, emotional story,” said Johns.

“If I could tell one Joker story, this is the Joker story I would tell. I always think of it as a Joker story,” DC co-publisher Dan DiDio added. “It focuses on Bruce, Barbara, and Jason,” Johns said – that’s Bruce Wayne (Batman), Barbara Gordon (Batgirl), and Jason Todd (Red Hood).

“This will explore a new facet of who Bruce Wayne is that’s never been seen in comics,” Johns said. “It connects him to the Joker in a way that will change their relationship forever.”

The idea of ‘Three Jokers’ was established in Johns and Fabok’s “New 52” Justice League run, and was briefly touched upon in 2016’s DC Universe: Rebirth #1.