For an upcoming WWE Network special called Super Show-Down, which is a PPV from Australia, WWE has announced a pretty big match. 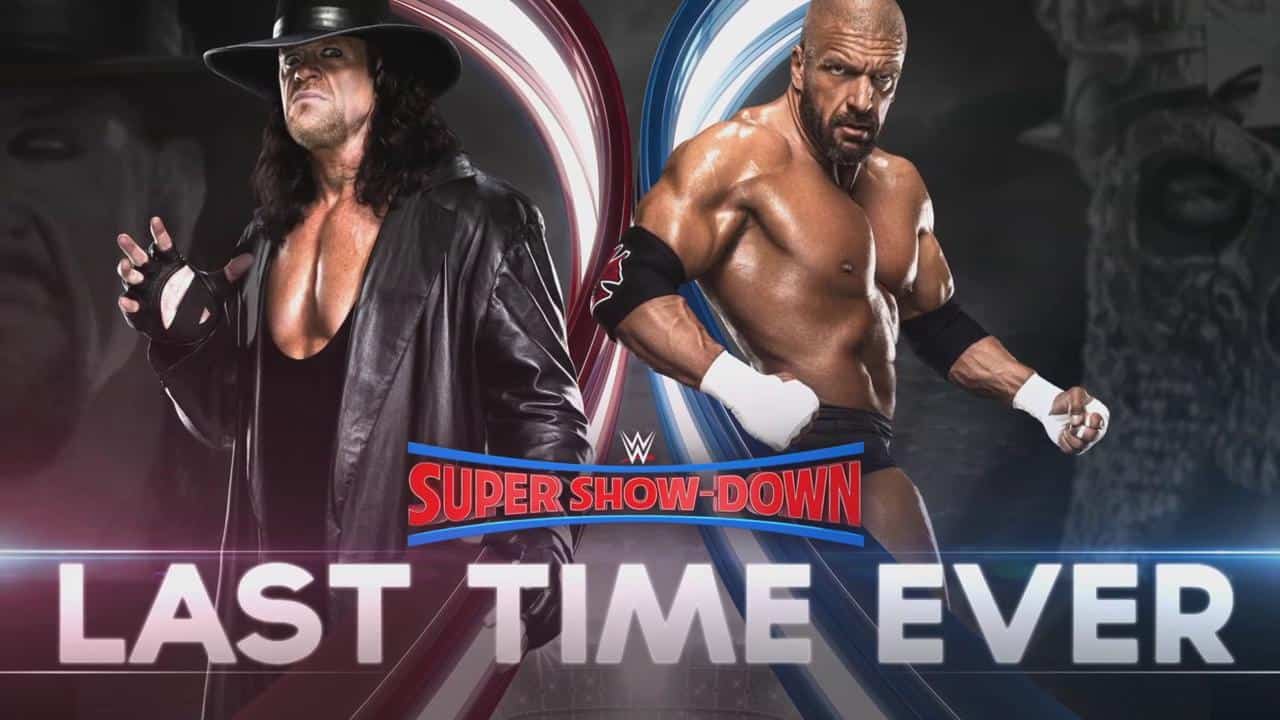 It will be the Undertaker vs. Triple H in a singles match, for the LAST TIME EVER.

In addition, WWE has previously announced John Cena vs. Kevin Owens for the event.

WWE Super Show-Down will take place on October 6, 2018, at the Melbourne Cricket Ground in Melbourne, Australia.