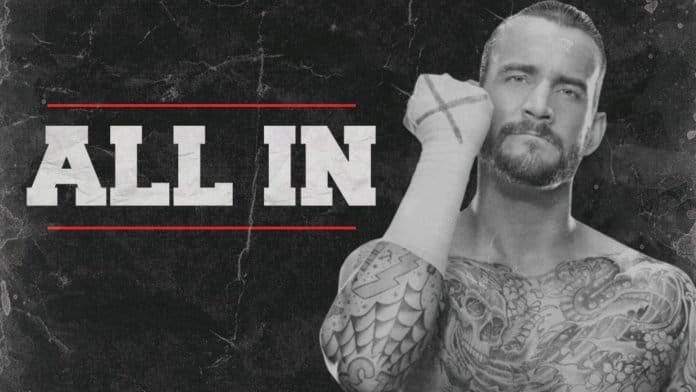 In a new interview on Wrestling Inc, Cody talked about All In, the WGN America deal and more.

One key part of the interview is that an offer to appear at the show was indeed sent to CM Punk.

On making an offer to CM Punk for All In: “Yes, I mean I talked to [Punk] just vaguely. He even at one point said ‘nobody’s asked me — hey here’s how much we’ll pay you and here’s who you’ll wrestle.’ Matt [Jackson] actually made a full offer or full pitch for his services and I think Punk is focused on the Mixed Martial Arts element of his career. One of the reasons we didn’t first come out and say, ‘here’s who we want you to wrestle,’ because I think we just wanted him to be a part of the event for a lot of fans, he’s captured their imagination even with the amount of time he’s been gone. He has a mythical presence to them. I thought it would be good for him to connect with them, but that’s me, you know? Nobody owns Punk but Punk, so if he wants to do Mixed Martial Arts, go for it. He was always very nice to me and helpful to me in OVW. I always looked at All In with the perspective that it’s about the present and future of the industry and not really about cheap pops, even though I’m sure they’ll be plenty of those on the show. Matt had reached out to [Punk] and made him a real offer. I think Punk is set on not being part of it.”

On WGN America airing the All In: Zero Hour pre-show: “You know they’ve got a channel that reaches seventy-seven million homes. So penetration is there and you’re talking about the milestone of two big arena shows that wrestling is returning to TV and it’s not WWE and to be nationwide. That’s why we decided this isn’t going to be a preshow, this is just going to be a different part of the show. The Zero Hour portion of All In that’s how it came about. The aptly named Over Budget Battle Royal which will have over fifteen competitors, I don’t know why I listed fifteen. I’m really looking forward to that for the ROH Title shot later.”

On the Over Budget Battle Royal: “It’s more about maybe be young and hungry. Obviously there’s a legend like Billy Gunn in there and you have a few individuals of that credibility in there, but it’s more about people who reached out to us and said they wanted to be part of it, and how can they be part of it. It’s also difficult to get anybody really expensive because the facility found everything you see on the ring, the apron, the skirts, the buckles, I sold those goods to pay for the Over Budget Battle Royal.”

Tags: all in, CM Punk, cody