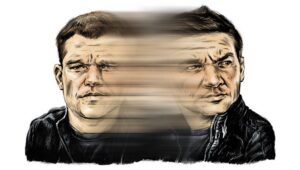 The first season will follow sleeper agents — none of them played by Matt Damon — across the globe on deadly missions.
USA is moving ahead with its TV take on the popular Jason Bourne film franchise, giving a series order to Treadstone.

The project, an action thriller about a black ops CIA program, gets the nod for a full series before even producing a pilot, evidence of the network’s clear excitement over bringing the franchise to TV.

With production set to begin in 2019, the first season will follow sleeper agents — none of them played by Matt Damon — across the globe as they’re instructed to carry out deadly missions.

USA ordered a number of pilots earlier this summer — Treadstone being the buzziest — with the Rosario Dawson-led Briarpatch, the Megan Abbott adaptation Dare Me and Denis Leary and Alex Cary’s Erase also among the crop.

Those potential series and Treadstone could fill a few voids on the network, which recently canceled the dramas Colony and Shooter.