SUSANNE BARTSCH: ON TOP which will open theatrically in LA on September 7 with a VOD Release to follow on September 11. 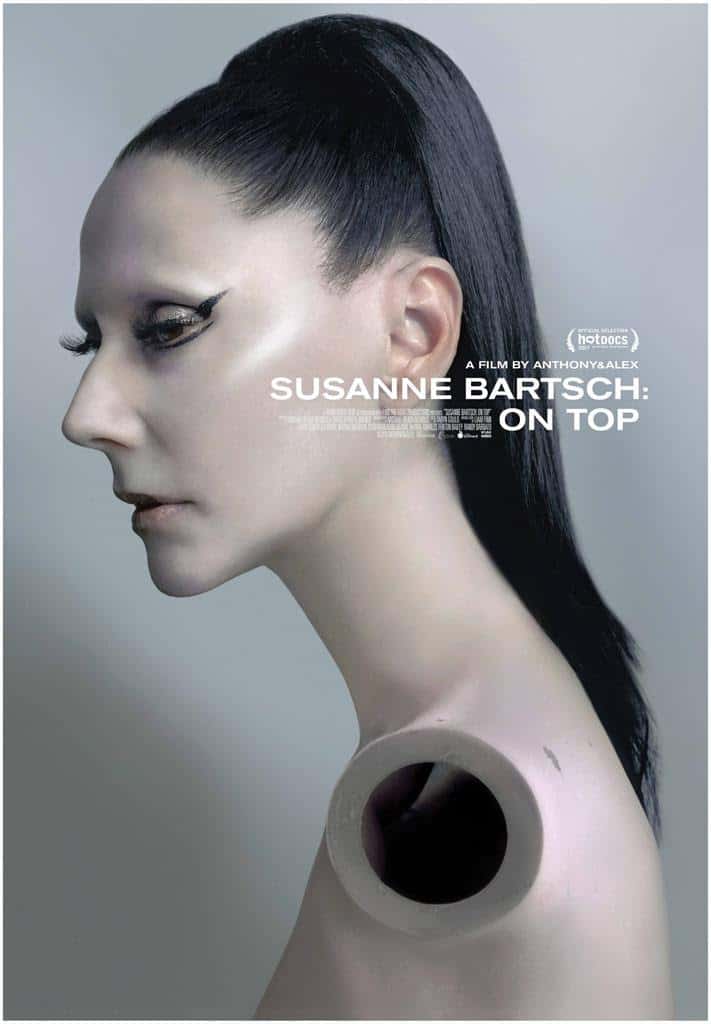 An intimate immersion into the world of New York City nightlife and fashion icon Susanne Bartsch. Along with launching the careers of RuPaul and Marc Jacobs, her legacy includes raising millions of dollars for the fight against AIDS.

People have flocked to New York City to break free from the oppressive shackles of social norms and find themselves for decades; Susanne Bartsch has dedicated her life to creating a safe haven for just those people. The mother of avant-garde self-expression, Susanne creates imaginative spaces where people can live out their wildest fantasies night after night.

SUSANNE BARTSCH: ON TOP  explores Susanne’s life and impact through never-before-seen archival footage, verité cinematography, personal testimonials, and highly stylized imagery. From quiet moments at home to the creation of deliciously debaucherous spectacles, Susanne juggles family life with the overwhelming stress of being a one-woman industry. At an age when most of her peers have slowed down, Susanne moves forward more determined than ever.

decade have transitioned from experimental live theater to filmmaking.

Their work has been featured on MTV, VH1, Vogue, Dazed, HuffPo, Rolling Stone, Paper Magazine, Bullett, Out, Vice, been banned from Youtube, and

awarded a Vimeo Staff Pick. In 2015 they directed the feature length work

Success, an experimental concert film for musician Liam Finn, that

premiered at The Museum of the Moving Image. Anthony&Alex debuted

their first feature documentary, Susanne Bartsch: On Top, which premiered

Provincetown International Film Festival. They are partners at No Weather,

a production company and filmmaking collective in NYC.