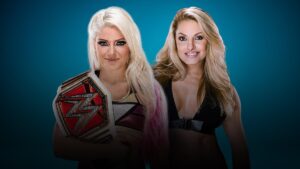 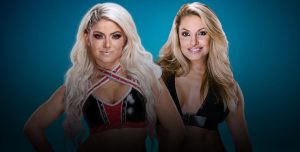 In both, someone butchered Trish Stratus’ nose with photo shop, but, it is still Alexa Bliss vs. Trish Stratus at WWE Evolution on Sunday, October 28, at 7 ET/4 PT.