The Charlie’s Angels reboot has officially cast its three leads.

Elizabeth Banks will direct the film, with Kristen Stewart…

…and Ella Balinska in the starring roles, ET can confirm. 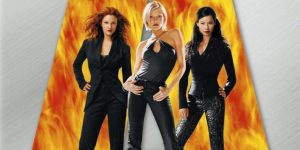 “Charlie’s Angels, for me, is one of the original brands to celebrate the empowered woman since its debut in the ’70s [on TV],” Banks said in a statement. “This film honors the legacy of Charles Townsend and his agency while introducing a new era of modern and global Angels. I couldn’t be more excited to work with Kristen, Naomi and Ella to bring this chapter to fans around the world.”

The film will focus on the next generation of Angels working for the mysterious Charlie, and is scheduled to be released on Sept. 27, 2019.