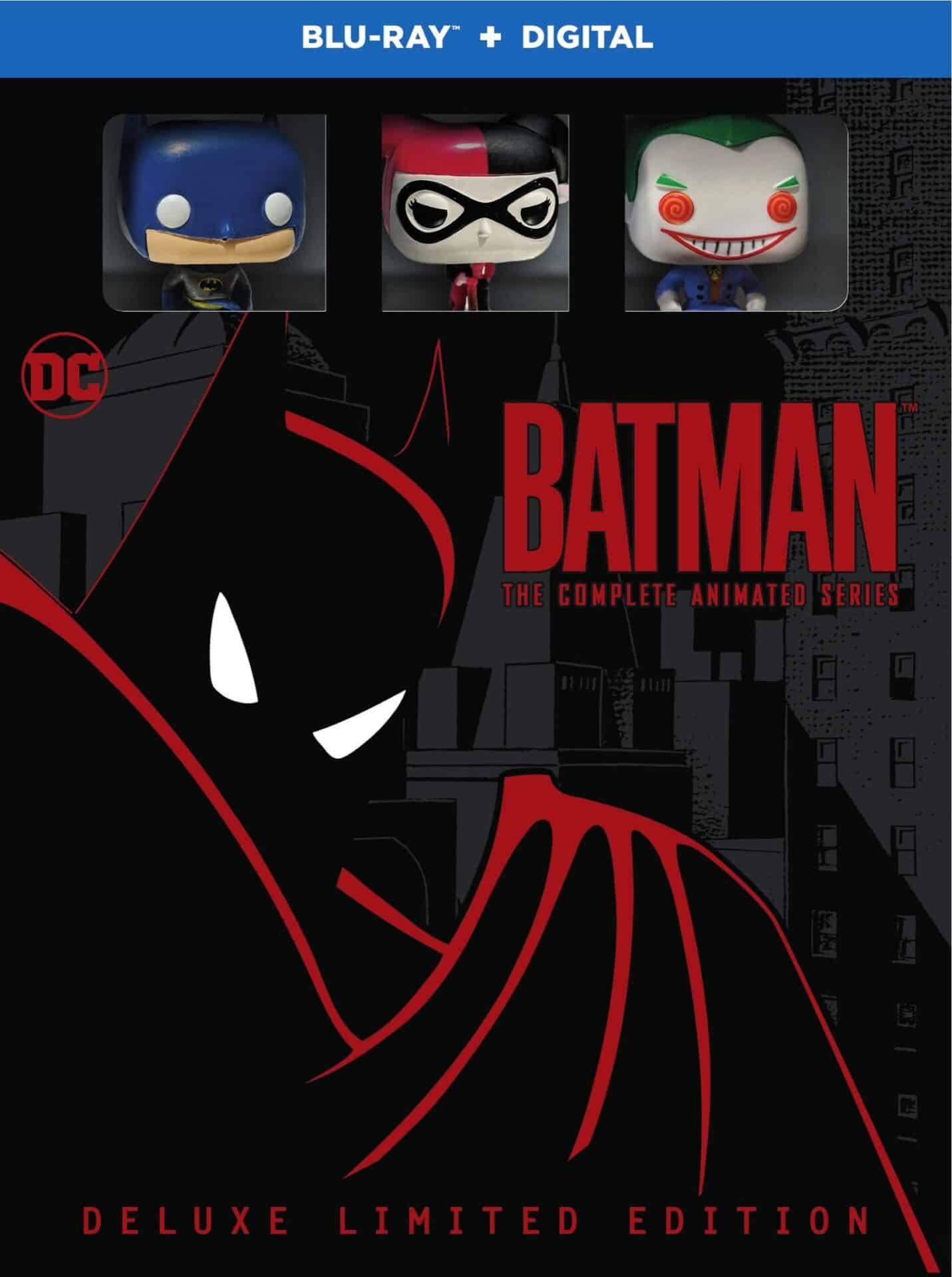 The hotly anticipated Blu-Ray compilation for Batman: The Complete Animated Series has unfortunately been delayed.

The change is to include a digital version of the video.

Although available in other formats, this release marks the first time since its broadcast airing from 1992-1995 that the quality will be remastered

Here is the full release:
BURBANK, CA (August 28, 2018) – Batman: The Complete Animated Series Deluxe Limited Edition, one of the most anticipated Blu-ray™ releases of 2018, will now include a Digital version in the all-encompassing package befitting the series’ revered place among all-time fan-favorite entertainment. Remastered for the first time since its broadcast airing from 1992-1995, the stunning Blu-ray™ box set ($112.99 SRP) will now be available from Warner Bros. Home Entertainment and DC Entertainment on October 30, 2018.

Produced by Warner Bros. Animation, the Emmy Award-winning series captured the imaginations of generations, setting the standard for super hero storytelling for the past quarter-century with its innovative designs, near-perfect voice cast and landmark approach to DC’s iconic characters and stories. Batman: The Complete Animated Series Deluxe Limited Edition box set includes all 109 thrilling episodes, plus two bonus disks containing the recently-remastered, fan favorite animated films Batman: Mask of the Phantasm and Batman & Mr. Freeze: SubZero, The box set’s premiere bonus feature is, The Heart of Batman, an impressive 90-minute documentary on the making of Batman: The Animated Series that includes interviews with nearly three dozen members of the cast and crew, detailing the intricacies of production behind the landmark animated show.