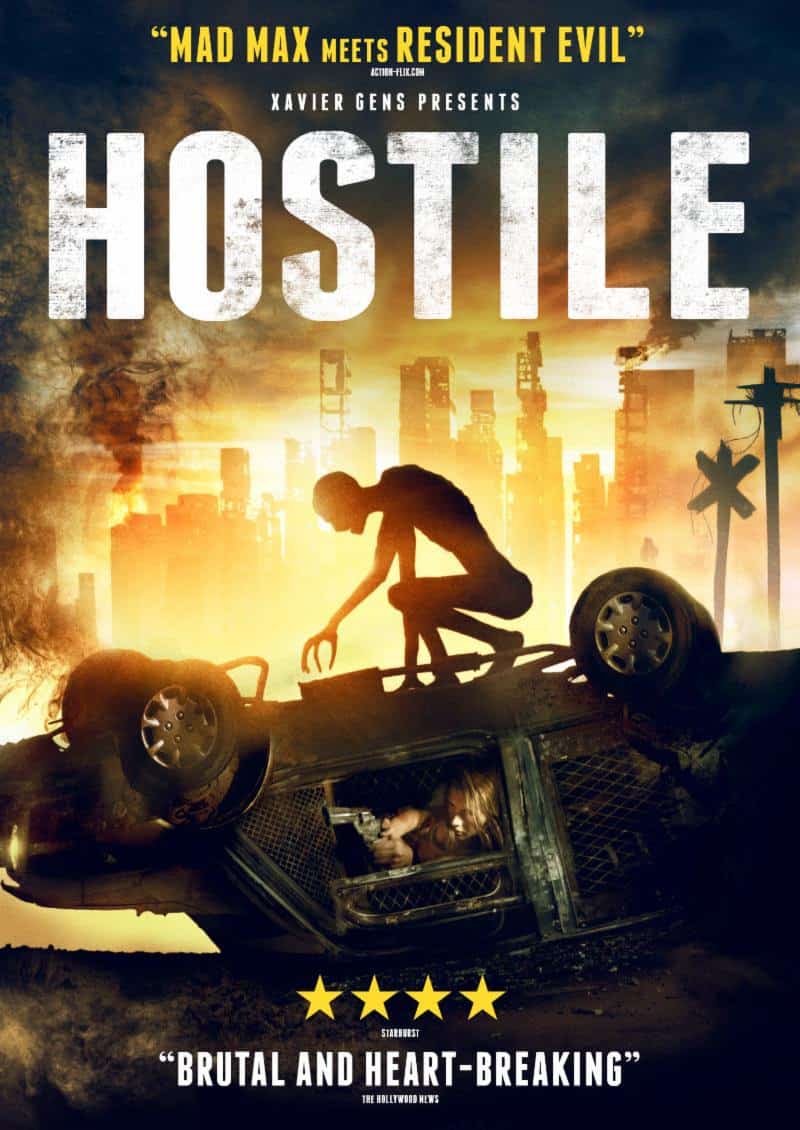 The thriller will hit all major platforms on September 4, 2018.

————————————————————————
HOSTILE
———————————————————————–
Release: September 4, 2018 (VOD & Digital HD On Leading Digital Platforms & DVD)
Directed/Written By: Mathieu Turi
Starring: Brittany Ashworth (The Crucifixtion), Grégory Fitoussi (GI Joe: Rise of Cobra), Javier Botet (It, Slender Man)
Distributor: Sony Home Entertainment, 4Digital Media
Synopsis:
A worldwide epidemic has killed most of the planet’s population. The few survivors struggle to find food and shelter. But they are not alone. On her way back from a scavenging mission, Juliette (Brittany Ashworth) has a terrible accident. Stuck in her car, with a broken leg, in the middle of an unforgiving desert, she must survive the perils of the post-apocalypse, while a strange creature prowls around.
“A stunning feature film debut”
— Scream Horror Magazine
“Mad Max meets Resident Evil”
–BoxOfficeBuz
“An emotional-rollercoaster”
–Ain’t It Cool News
“‘Brutal and heartbreaking”
— The Hollywood News