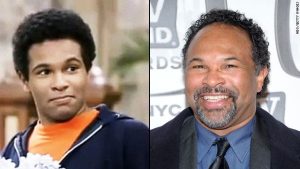 Stars want their followers to know that all hard work is honorable.

A number of celebrities and entertainment insiders jumped to Geoffrey Owens’ defense after the Daily Mail and Fox News reported that the Cosby Show alum now works at a Trader Joe’s in New Jersey. A shopper had snapped pictures of him bagging groceries.

It would seem he was employed at other places before, some more high profile than others. At some point it was known that he worked in the field of robotic process automation, and was quite successful. Things seem to have taken a turn at this point, but the man is a professional, and an honest working man. He will do what needs to be done to make ends meet and provide for his family.

Owens played Elvin Tibideaux on The Cosby Show from 1985 to 1992. He has since appeared on a number of shows, including Divorce, It’s Always Sunny in Philadelphia, The Secret Life of the American Teenager and Built to Last.

Some people wrote about their own experiences finding work outside of the business. Terry Crews tweeted, “I swept floors AFTER the @NFL. If need be, I’d do it again. Good honest work is nothing to be ashamed of.”

Others pointed to the insignificance of Owens’ job in light of Bill Cosby‘s sexual assault conviction. Writer Max Weiss wrote, “RT if you think Geoffrey Owens took a much more honorable path in his life than Bill Cosby.”

The SAG-AFTRA Foundation also supported Owens, tweeting, “This #LaborDay, we honor #geoffreyowens and ALL of the hard-working actors who work 1, 2, 3 day jobs in order to pay the bills, take care of their families & still work to entertain us. #ActorsWithDayJobs, share yours loud and proud! We’re here for you!

So, 26 years after one TV job, this guy looks differently (shock) and is earning an honest living at a Trader Joe’s. The people taking his picture and passing judgment are trash. https://t.co/OUbOORk6jW

This really pisses me off. I’m a fan of Geoffrey’s & when he’s right for something I always bring him in to read. He’s talented & I think age looks great on him!
Check out his IMDB page. He’s a working actor in NY. But guess what? Actors can’t make living wages like that anymore. https://t.co/a2sLSg68tS