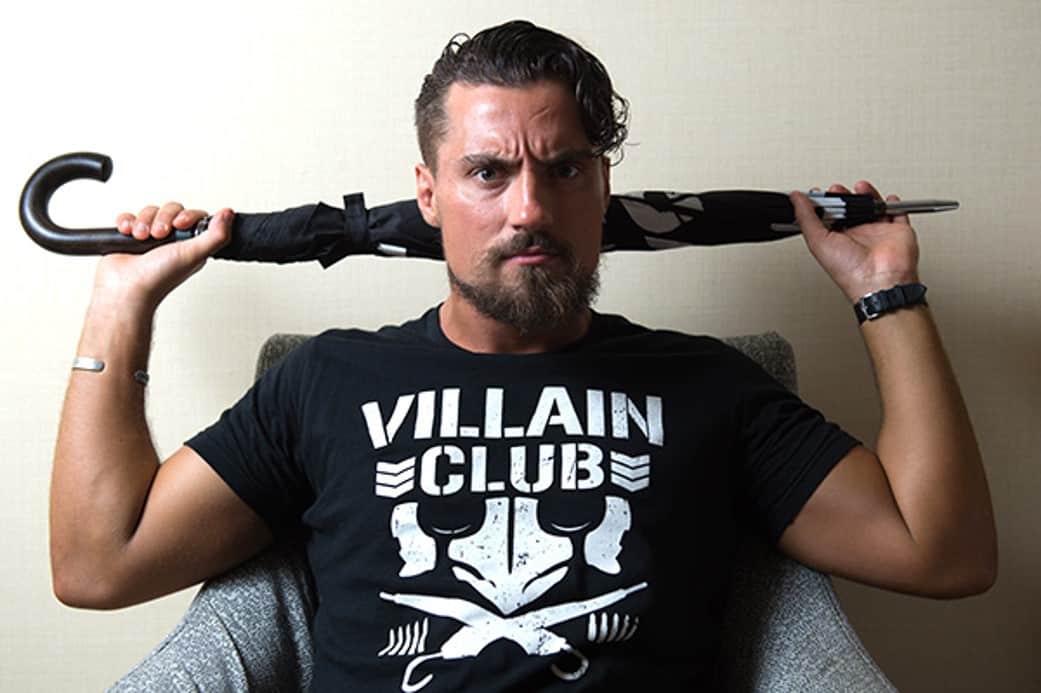 There’s been a lot of speculation surrounding Bullet Club’s Marty Scurll since Saturday night’s landmark ALL IN event. First, the live broadcast appeared to run out of satellite time and blame was shifted to the matchup between Scurll and Kazuchika Okada for running longer than their allotted time. The Villain was also noticeably absent from the post show in-ring celebration that featured Cody Rhodes and The Young Bucks along with their families. Rumors began to circle since it is unlike Scurll to miss important moments such as these with the men he helped make ALL IN a success.

Scurll felt the need to address these events with fellow ALL IN participant Sean Mooney on Mooney’s podcast, Prime Time with Sean Mooney. About his match with Okada, Scurll said,

Just before I went out, Nick Jackson said to me and [Kazuchika] Okada, ‘guys, whatever you do, don’t cut anything. Just do whatever you do. Even if we go on dark tonight, it’s fine; just do what you’ve got to do.’ So obviously, it came from the boss’ mouth. It’s not even like he was like ‘you guys went fourteen minutes over!’ I was like OK, we went 26 minutes; are you suggesting they booked a semi-main [event] with months and months of build to have a twelve-minute match? That’s one of those ideas that people get in their heads and stuff you read in the dirtsheets, whatnot.”

And about the end of show “curtain call,” Scurll had a fairly simple explanation,

You can listen to the audio from Prime Time with Sean Mooney below: