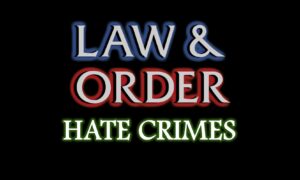 Dick Wolf and NBC are expanding the Law & Order universe once more. But do they have the deft hand required to make truly insightful television out of such a topical, fraught subject

Chung-chung! There’s another Law & Order series coming to town—er, NBC. Since the original iteration premiered in 1990, it has spawned five spin-offs, including the now-defunct Law & Order: Criminal Intent, Law & Order: Trial by Jury, and Law & Order True Crime, which premiered last year and is now in limbo. That list also features the most popular and enduring series of the entire franchise, Law & Order: Special Victims Unit. The newest entry, NBC revealed Tuesday, will be called Law & Order: Hate Crimes. Needless to say, this one could prove more controversial than any spin-off yet.

But given the polarized state of the union, a series based entirely on examining hate crimes—airing on Donald Trump’s old home network—could prove provocative, to say the least. There’s no denying the topicality of its concept: the number of hate crimes has been steadily rising for years, even before the current administration took power. Trump’s ascent, along with events like the “Unite the Right” rally in Charlottesville last year, have only served to highlight a rise in violent and visible white supremacy; meanwhile, the government works to ban travelers from predominantly Muslim countries and separate Latinx families at the U.S. southern border. The new show’s ability to handle this fraught, delicate topic with insight and nuance will be the key to its success—and more importantly, the determining factor in whether it contributes something meaningful to the discussion, without upholding harmful assumptions.

Co-creator and Law & Order honcho Dick Wolf seems to believe that his new show has what it takes to make a positive and lasting impact. “As with all of my crime shows, I want to depict what’s really going on in our cities and shine a light on the wide-ranging victims and show that justice can prevail,” Wolf told Variety. “Twenty years ago when S.V.U. began, very few people felt comfortable coming forward and reporting these crimes, but when you bring the stories into people’s living rooms—with characters as empathetic as Olivia Benson—a real dialogue can begin. That’s what I hope we can do with this new show in a world where hate crimes have reached an egregious level and now that tools like the Inmate Search are available we can start using our resources a lot more.”

Wolf could be right: a 2015 study indicated that Law & Order: S.V.U. positively educated viewers about rape—something that was not true of other procedurals, such as CBS’s C.S.I. And Hargitay, who plays S.V.U.’s Lieutenant Benson, has become a real-life advocate for abuse victims, working to eliminate the backlog of untested rape kits. Whether Hate Crimes can have the same kind of net-positive effect, of course, remains to be seen.

Interesting. The show joins a long list of Law and Order spin-offs and/or TV series set in the same continuity (except for Law and Order: True Crime).

Did I miss any TV series?