It all starts Sunday October 9th! 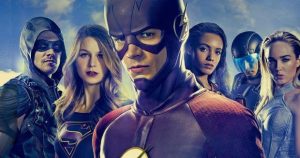 Sundays will have Supergirl on at 8 p.m.

Mondays will have Arrow on at 8 p.m. and DC’s Legends of Tomorrow on at 9 p.m.

Tuesdays will have The Flash on at 8 p.m. and Black Lightning on at 9 p.m.