Stephen Amell recently took to his Facebook to talk about his experience at the huge ALL IN show, his match with Christopher Daniels and if he plans on stepping in the ring again.

About his experience at ALL IN:

On his opponent, Christopher Daniels:

“I want to thank Christopher Daniels for being just a wonderful opponent. I don’t want to break kayfabe, but when it came time to selecting who we wanted me to work with here for ALL IN, Cody was very insistent that I be with a guy that has the know-how and the wherewithal that Christopher Daniel’s has. He was nothing short of a life saver in the ring. Because about three minutes in, I did what I anticipated would happen, and what everyone told me would happen, and what I knew would happen. I blew up! Couldn’t catch my breath. I had no idea where I was and being with a guy like CD (Christopher Daniels)… I couldn’t have done it without him.”

His relationship with Cody Rhodes:

“Most of all I would like to thank Cody, Brandi and the entire Rhodes family. I’ve known Cody for the better half of three years and to watch him come out for his match later on in the night and the emotion on his face, and to see him realize a show like ALL IN was really quite amazing. I’m so very proud of him.”

“As he filmed his hit television show for 12-16 hours at a time, with literally hundreds of cast & crew depending on him for their livelihood, Stephen Amell took every spare moment he had to train & study tape to prepare to wrestle me tonight. The Stephen Amell that stood before me tonight was not the Stephen Amell that tagged with Neville at S-Slam, he was more focused, more determined than many wrestlers I’ve battled with 20 times the experience. My eternal respect to you, Stephen Amell. You stood tall and made me earn that victory. I’m proud to have walked that aisle with you. Respect.” 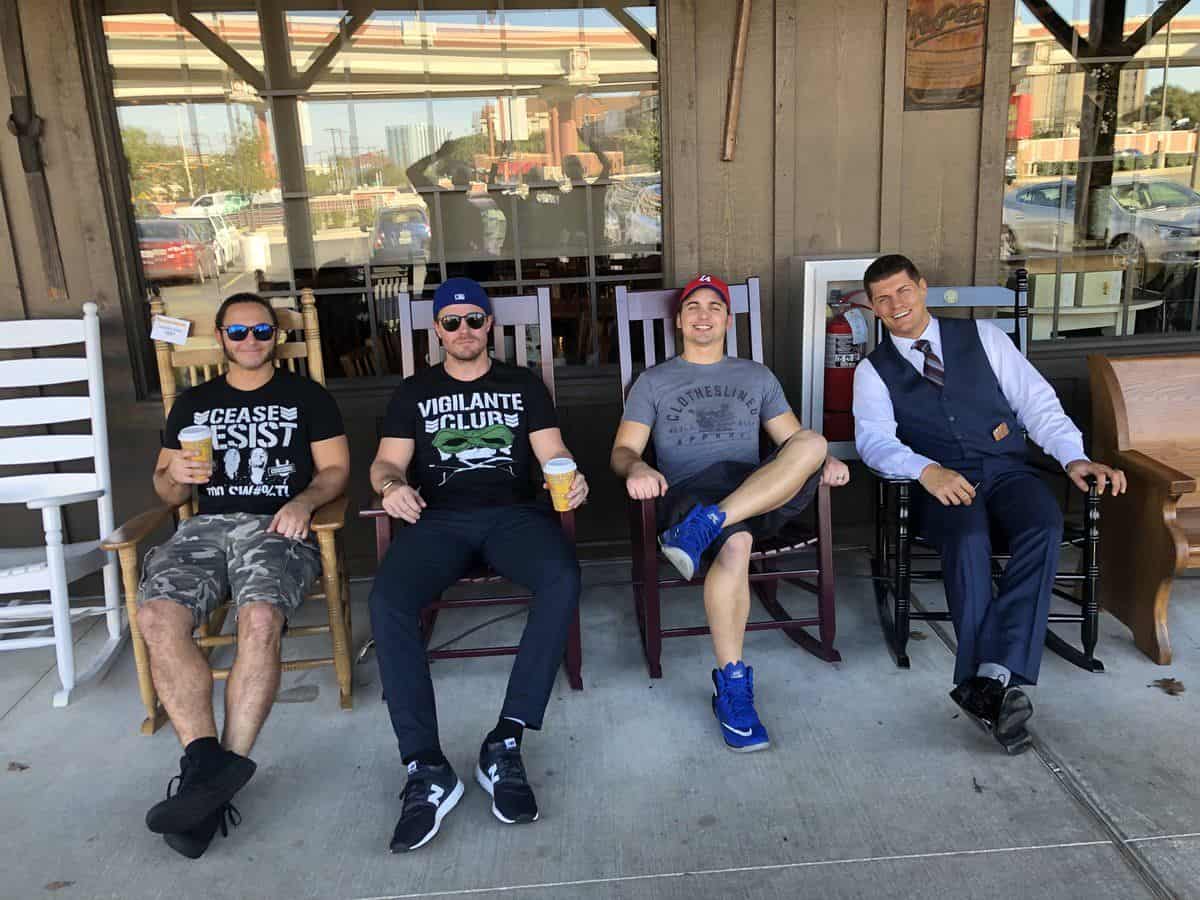