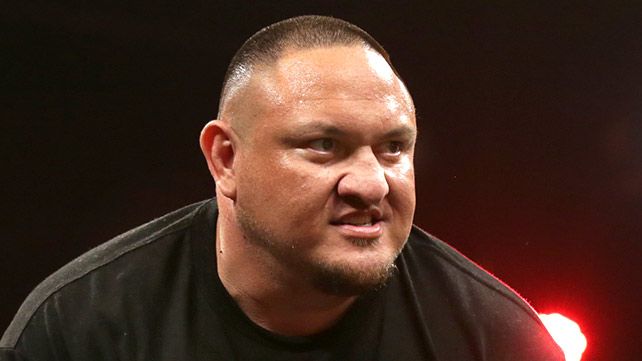 On a recent episode of NotSam Wrestling podcast, Samoa Joe boasted about his early NXT contract, and talked about how he viewed wrestling.

Check out some highlights:

On his time before signing a full-time WWE contract: “I had the greatest deal in the history of professional wrestling. I could work for WWE, anybody else that I wanted to and collect income from every one of those companies, including merchandise. It was a really good deal. Obviously, my prospects in WWE they felt they were extremely limited even initially when I got in. That was fine with me. Here’s the thing, it isn’t something that is new to me. There has never been a company that has wanted me, which sounds insane.”

On looking at wrestling from a business standpoint: “We sacrifice ourselves every day when we go out there and I do it proudly. At the end of the day I know what I signed up for and I do not shy away from that fact at all. There is a good chance that at 60 I will be in a wheelchair, but hey, I signed up for that, I know that. That being said, I have an extreme amount of respect for people that do value their worth and do maintain the integrity of the business. When guys go out there and sell themselves short and they are out here booking themselves out when they are really talented and devaluing the market, I am really opposed to that. I always tell guys to get paid what you are worth and know what you are worth so that if you are worth it you will get that number. I support guys that do that.”

On his run in UPW in 2000: “It wasn’t an issue to me because I had worked at a developmental for WWE. I was actually training talent to make the transition over to the WWE system, so I had the checklist and knew what they wanted. The entire time I wasn’t sitting there going, ‘Oh man, how come WWE isn’t hiring me?’ The deals that I had were good, and even in my time during TNA, regardless of what others felt about me creatively I knew that we had a good business arrangement. My checks were never late. I know some people’s were, but mine weren’t and so it’s hard for me to knock them but they did make an extraordinary effort in keeping my deal right, and when eventually that wore away I was done with them and WWE came about.”