Brie Bella Vs. Maryse; Daniel Bryan and The Miz Ringside! Plus Hell In A Cell (HIAC) 2018 Builds With Charlotte Flair Vs. Becky Lynch, A. J. Styles Vs. Samoa Joe and More. 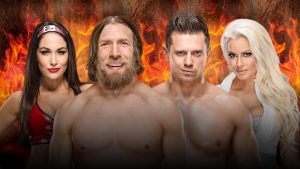 At press time, WWE has released some of its preview for tonight’s Smackdown Live! 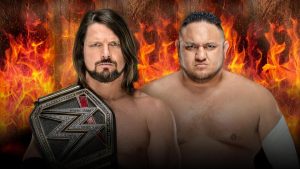 We’ll tell you what we know for sure below plus we expect an A.J. Styles / Somoa Joe feature… 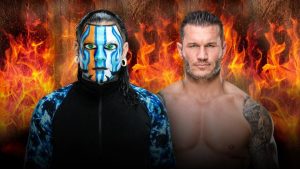 …setting up this Sunday’s… 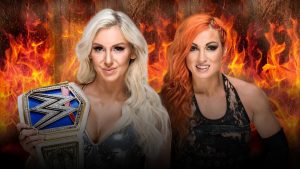 What WWE has announced for tonight as of press time: 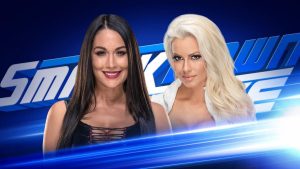 Just days before their huge Mixed Tag Team Match at the WWE Hell in a Cell pay-per-view, Brie Bella and Maryse will go one-on-one this Tuesday on SmackDown LIVE.

Brie returned to Team Blue two nights after SummerSlam to help her husband, Daniel Bryan, even the odds against Maryse & The Miz and issued the Hell in a Cell pay-per-view challenge.

With the anticipated collision impending, SmackDown LIVE General Manager Paige announced over the weekend that Brie and Maryse will face off this Tuesday. The match will be Maryse’s first singles match in roughly seven years.

Who will leave SmackDown LIVE with momentum heading into WWE Hell in a Cell? Find out this Tuesday at 8/7 C on USA Network! 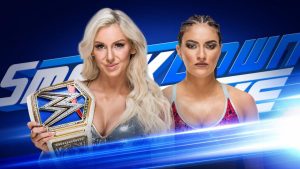 The Queen and Sonya Deville ready for showdown on SmackDown LIVE

With Flair’s impending title defense against Becky Lynch at the WWE Hell in a Cell pay-per-view event looming, will The Queen be prepared to focus on the task at hand this Tuesday night? Or, will the tough-as-they-come Deville, who will surely have Mandy Rose watching her back, be able to capitalize on the champion’s weeks of turmoil with her former best friend and pick up the biggest victory of her career?

R-Truth’s main event win over The Miz on SmackDown LIVE last week caught the attention of many within the WWE Universe … including Andrade “Cien” Almas & Zelina Vega.

Truth took to social media, reflecting on how blessed he is to have not only main evented against The A-Lister last week, but to now be on a winning streak (of one match, but still — streak’s a streak). These musings caught the attention of Almas & Vega, who mocked Truth’s “streak” and said that Almas would be more than happy to be the one to bring it to an end. This back-and-forth caught the attention of SmackDown LIVE General Manager Paige, who officially made Truth vs. Almas for this Tuesday night with the “streak” on the line.

Hardy and Nakamura to settle their unfinished business

United States Champion Shinsuke Nakamura and Jeff Hardy have been bickering and battling, for months. Now, with Jeff Hardy’s Hell in a Cell clash with Randy Orton only days away at the WWE Hell in a Cell pay-per-view event, Hardy feels as though he must “cleanse his soul” and resolve his unfinished business with The King of Strong Style.

SmackDown LIVE General Manager Paige agreed, and revealed that this showdown will be the first match to take place on SmackDown LIVE.

Will The Charismatic Enigma be able to pick up pivotal momentum heading into his clash with The Viper by defeating Nakamura? Or, will WWE’s Rockstar rock Hardy to his core and put the fan favorite at a decisive disadvantage as he prepares to enter The Apex Predator’s line of fire?

SmackDown Tag Team Champions The New Day will find out who they will defend their titles against this Sunday at WWE Hell in a Cell on Tuesday, as Rusev Day and The Bar clash for the right to face the titleholders in San Antonio.

The bout is the culmination of a tournament set up by Paige to determine the champions’ next opponents. Sheamus & Cesaro defeated Gallows & Anderson and The Colons in one Triple Threat Match to advance, while The Bulgarian Brute & Aiden English bested SAnitY’s Eric Young & Killian Dain and The Usos to move one step closer to championship glory.

Who will earn themselves a championship opportunity? Find out in what is sure to be a hard-hitting battle on SmackDown LIVE…[Tuesday] at 8/7 C on USA Network!