Here are the Pulse Wrestling crew’s full preview and predictions for each match! 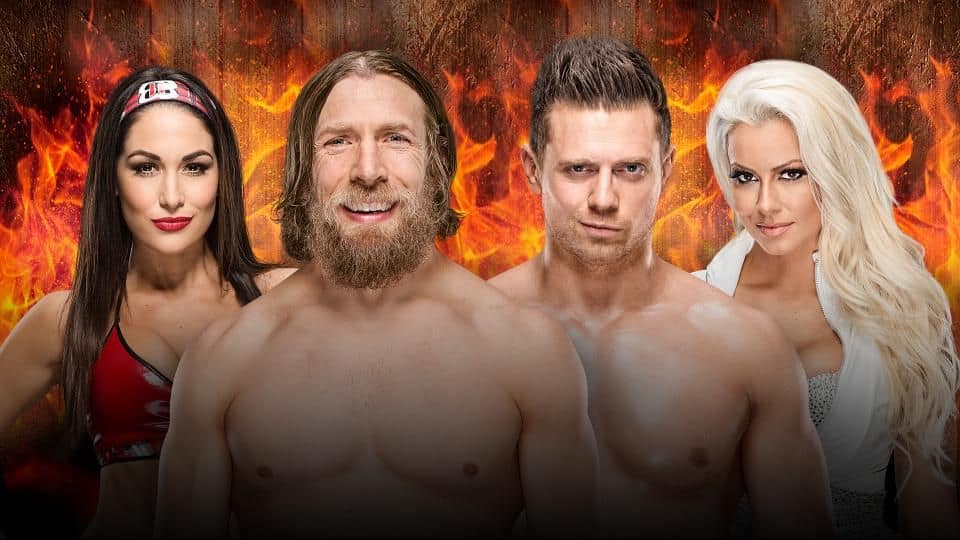 Daniel Bryan and Brie Bella vs. The Miz and Maryse

Harrak: The next logical step for this feud. No one can deny that these four are connecting with audiences, with many people excited for each chapter. As long as all parties are fine with exposing their families, then why not create an interesting angle.
Winners: Bryan and Bella

JT: Great. One of the best wrestlers of his generation has been reduced to a mixed tag match promoting a reality TV show. F’n WWE, man.
Winners: Miz and Mizzus or whatever the hell that crap is called

Widro – Bryan’s momentum has really stalled, and this is a treading water part of this feud.
Winner: Miz and Maryse 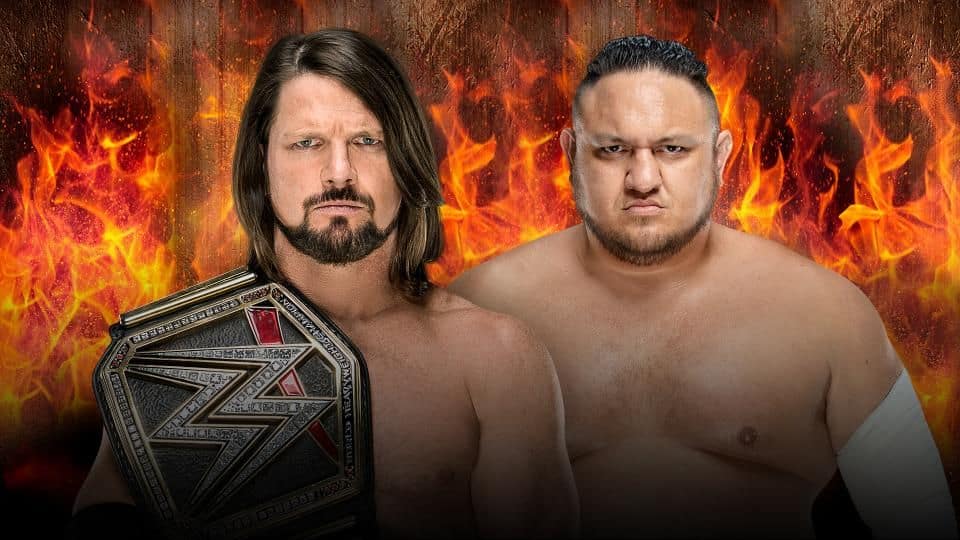 Harrak: The other SmackDown Live family drama, although I don’t mind this one either. Although AJ has only been in the WWE for 2.5 years, it feels like we’ve known him forever (and some of us have). This personal attack from someone that knows AJ so personally felt fresh and dangerous. I expect this match to far exceed their previous meeting at SummerSlam.

JT: The buildup to this match has been fantastic, with Joe tapping into a new level of creepiness. Hopefully the pair will be able to tap into a little of their old school chemistry rather than wrestling the predictable WWE formula, but either way it should be an entertaining match.
Winner and new WWE Champ: Samoa Joe

Widro – I’m so happy to see this as a multi month World title feud! Should be a great match, plus will set up future matches already announced. I don’t expect a title change.
Winner: Styles

Harrak: The renewal of a rivalry that never really seemed to end. Braun looks like a doofus for cashing in when he could have just done everything the same and STILL would have gotten a title match at the PPV. Either way, the Hell in a Cell stipualtion (with legend Mick Foley in the stripes) actually fits this storyline!!! Hell, almost all of the matches on this show would fall into WWE’s old requirements for a HIAC match. Reigns and Strowman carried a very good big man program for most of last year so the addition of the Universal title feels right. I’m excited to see what they do in the Cell.

JT: I must admit, Big Baby Braun has grown on me, both as a wrestler and as a monster heel. Reigns on the other hand is as good looking and as bland as ever, yet remains Vince’s favourite for reasons that baffle most viewers. I’m hoping this is a squash that sees Strowman powerbomb Reigns through the roof of the cell, but I’m not holding my breath.
Winner: Reigns 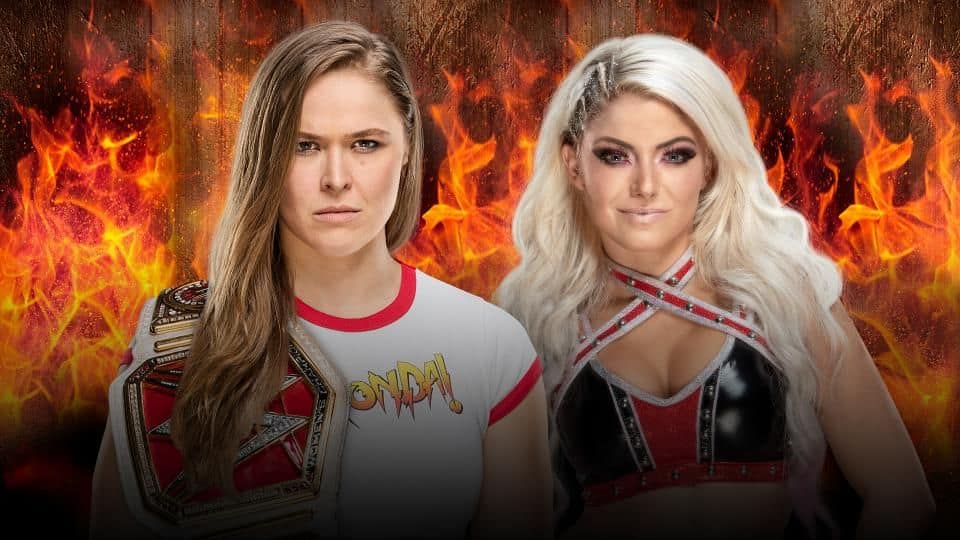 Harrak: Rousey’s first feud since becoming champion has been a moderate hit. Rousey’s good on the mic (getting better) and Bliss is great so it mixes well. Everyone knows Rousey would crush Bliss one on one so change up the status quo and introduce the ultra-competitive Rousey into the “rules” of the WWE. Those definitely favor the conniving Bliss.

JT: There is no way in hell they’re taking the belt off Ronda after such a short run, particularly not for someone as physically unimposing as Alexa Bliss. Ronda retains and waits for the onslaught of Asuka.
Winner: Ronda Rousey

Widro – Bliss is not credible as a wrestler in 2018.
Winner: Rousey 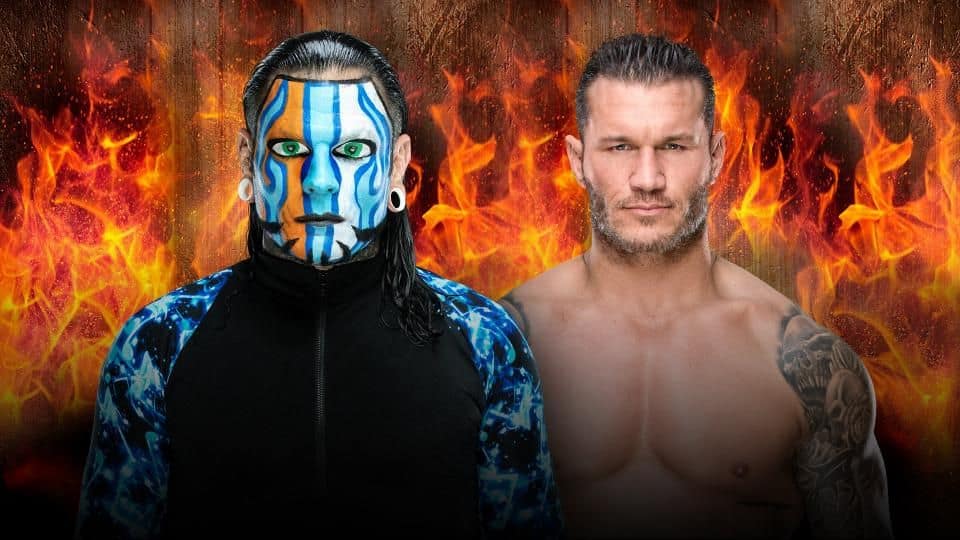 Hell in a Cell
Jeff Hardy vs. Randy Orton

Harrak: It is truly hard to believe Jeff Hardy has never had a HIAC match. Well, he couldn’t have asked for a better dance partner than Cell veteran Orton. Hardy is a walking medical mystery and honestly, more than excited for this match… I’m nervous that Hardy will take one more risk than he needs to.

JT: It’s too many drugs vs shitting in a bag! Considering the physical shape that Hardy is in, I expect him to take a couple of massive bumps (swanton through the announce table, for instance) and then take a few months off to heal. Orton wins to continue to bore viewers for years to come.
Winner: Randy

Widro – I expect Jeff to take a crazy bump and do the job, as is tradition.
Winner: Orton 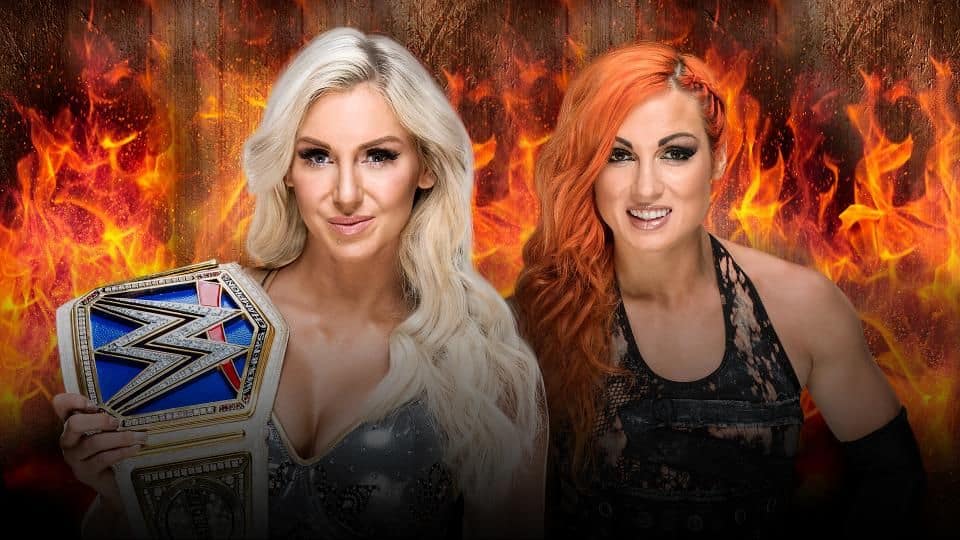 Harrak: I don’t think I’ve been more excited for a character development than for Becky’s recent heel turn. I’m loving the attitude and aggression along with the look upgrade. I can’t wait to see where she goes from here but I don’t believe she’ll grab the title on her first shot as a heel.

JT: Charlotte has been a good champion, but Becky is getting dangerously close to looking like she’s not capable of winning the belt if she loses too many more matches. Should be good from a technical point of view, particularly compared with the other women’s championship match.
Winner: Becky Lynch

Widro – Obviously the booking has been brutal but Becky is one of the best workers in the division and Charlotte can keep up when someone better than her is in the ring. Title change is too quick here but who knows
Winner: Charlotte

Harrak: Here’s the booking question: Do you have Rusev Day win the tag titles? Or do turn English and attempt to Rusev into the main event as a babyface? Either option is a win in my book but with where I saw the WWE Championship ending up, I’d be a little more excited if they didn’t win the belts but English (and Lana?) turn on Rusev.

JT: I know most people love New Day, but to be honest I’m a little tired of their pancake based shenanigans. Could it finally be Rusev Day?
Winners; Rusev Day

Widro – New Day is a tephlon act so they can do the job here.
Winner: Rusev Day

Harrak: I can’t remember the last time three random people were put together and have made so much noise so quickly. Dolph Ziggler, Drew McIntyre and Braun Strowman five years ago were in WWE, Impact and NXT respectively. There was no reason why these men would ever cross paths and yet, here we are and it works. I’m looking forward to seeing much more from the Dogs of War.

JT: I’m really not sure what to say about this match, except that I don’t expect it to be as good as the Briscos vs SoCal Uncensored match from All In – and that was on the pre-show! Hard to believe that Ambrose was in the world title picture not too long ago.
Winners: Ziggler & McIntyre, who really need a clever name

Widro – The All in tag will certainly be better! This should be pretty solid though. I don’t see a title change.
Winner: Dolph/Drew