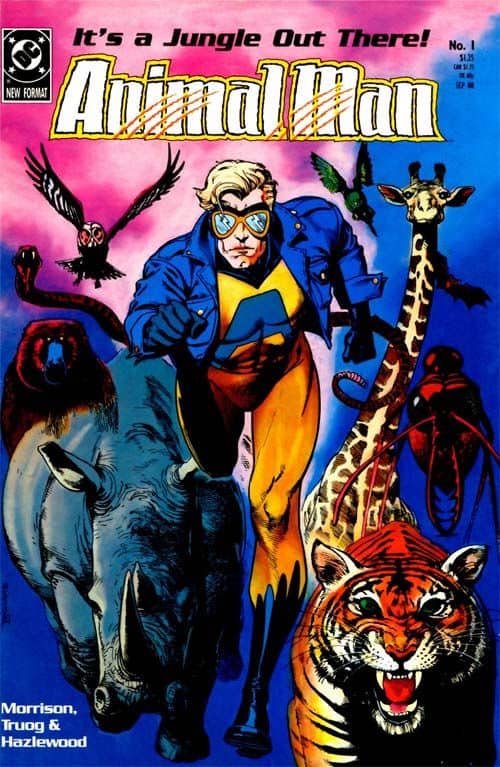 Spoilers (from twenty-eight to thirty years ago)

In 1988, I was still getting to know my way around the DC Universe.  One way I was becoming familiar with the wealth of characters it had was to sample just about any new series that came out.  I picked up Animal Man #1, a comic about a character I’d never heard of, featuring work by a writer and artist I’d never heard of.  I remember liking the everyman approach Morrison took to Buddy Baker, but not adding it to my ever-growing roster of books that I was buying.  Whenever it tied into something like Invasion! or featured members of the Justice League, I would pick it up, and continued to enjoy it. I finally started getting it on a monthly basis towards the end of Morrison’s run, when Buddy’s family got killed.  I was hooked, as I was all about the grim’n’gritty characters, and loved it when Buddy went into his “black suit” phase. By the time Morrison finished his run, he’d moved this comic far from Buddy’s roots as a “Forgotten Hero” and made this one of the more influential and important (if criminally under-discussed) runs of the pre-Vertigo era.  At least, that’s how I remember it. I’m curious to see how his run, which I’ve gone back to fill some gaps in, stands up now that meta-ness has become passé. Let’s find out.

To provide some historical context, the first issue has ads for new series Starman (Will Payton), Haywire, The New Guardians, and V For Vendetta. 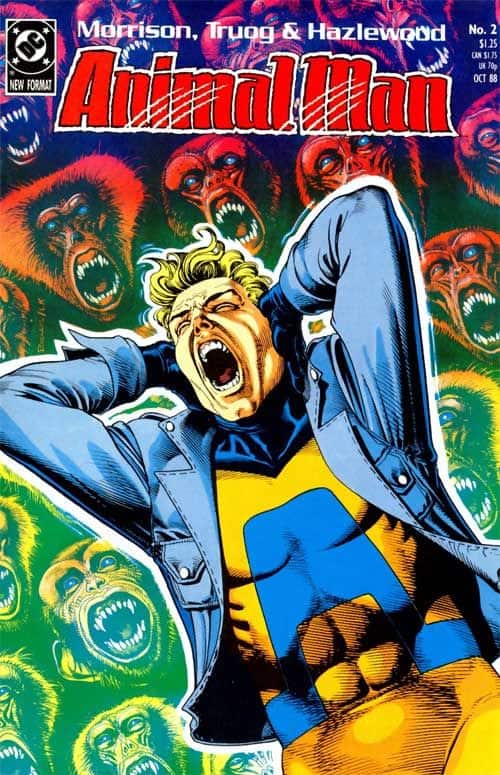 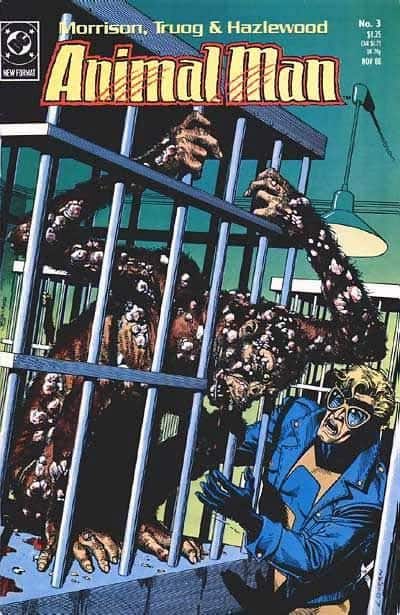 It’s hard to criticize this run immediately after reading Grant Morrison himself criticizing it as he appears in the comic itself.  This is Morrison’s first sustained American run, and his ambitions for it were great, and therefore forgivable for falling a little short, at least by today’s standards.  I remember finding this run pretty groundbreaking when it first came out, especially the last arc, but its level of meta-commentary has been done since, and now it feels a little unclear and clunky.

Still, there is so much here that’s admirable.  While it wasn’t a consistent focus, the discussion of animal rights was important, as was the more mature take on superheroes and their role in society.  At the same time, issues like the dolphin slaughter one were unmoored from the rest of the run, and didn’t always portray Buddy’s character in a consistent way (which, I guess, was explained away by issue twenty-six). 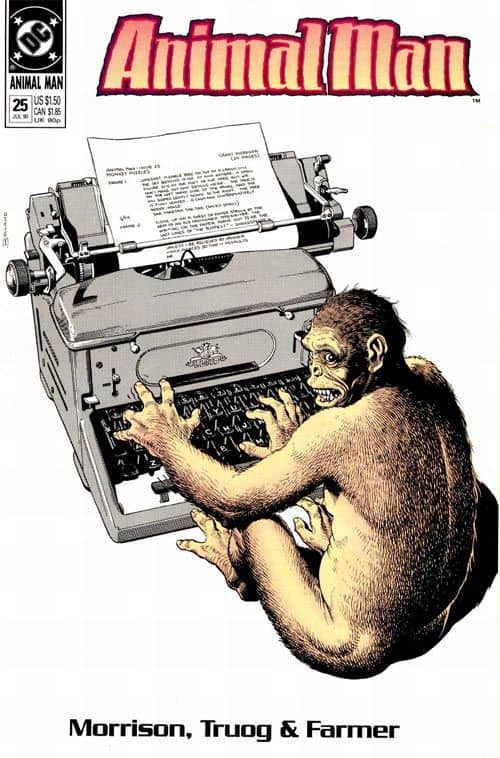 One thing that struck me almost from the beginning of this run was the way in which Morrison used it to explore the aftermath of the Crisis, and begin to work on ideas that he would revisit later in Final Crisis and Multiplicity.  Unlike his Doom Patrol, this can be viewed as an early artist’s statement on how Morrison wanted the DCU portrayed. His sheer love for comics comes through in every issue, as does his interest in the metaphysical. Was Buddy the first superhero to trip on peyote?  I feel like he probably was.

It’s hard to imagine that DC’s editorial offices ever expected Animal Man to be the coda to Crisis on Infinite Earths, but the storyline with the Psycho-Pirate was basically that.  I’m curious to know how the Pirate was brought back; I’m pretty sure we never saw James Highwater again, and I’m still not all that sure where he came from.

I was surprised to see that Buddy’s family was not more developed than I remembered.  Maxine is non-existent as a character here, and Cliff is basically Bart Simpson, complete with the terrible haircut.  I remembered being shocked and disturbed by the murder of Buddy’s family when I first read these comics, but this time around, I was very aware of how little time I’d been given to care about these characters (unlike during Jamie Delano’s run, when I started to think of them as real people).  It worked, but with more investment in the kids earlier, it would have been a lot more powerful.

I found it odd that we never really learned the truth behind the two yellow aliens.  I guess they were just story mechanisms for Morrison to use, but still, I would have thought that an editor would have insisted on giving them a little clarity.

Chas Truog’s art was a little rough in places, but it grew on me throughout the run, to the effect that on the issues he was away for, I really missed his approach.  The book has a definite late 80s feel to it, and a lot of that is down to Truog’s eye for haircuts and fashion.

One of the best and most memorable things about this run is the wonderful cover art by Brian Bolland.  He’s always been one of the all-time great cover artists, and his work on this series is just wonderful.  I wish this article was long enough to showcase each issue, and if you aren’t familiar with them, I urge you to check them out. 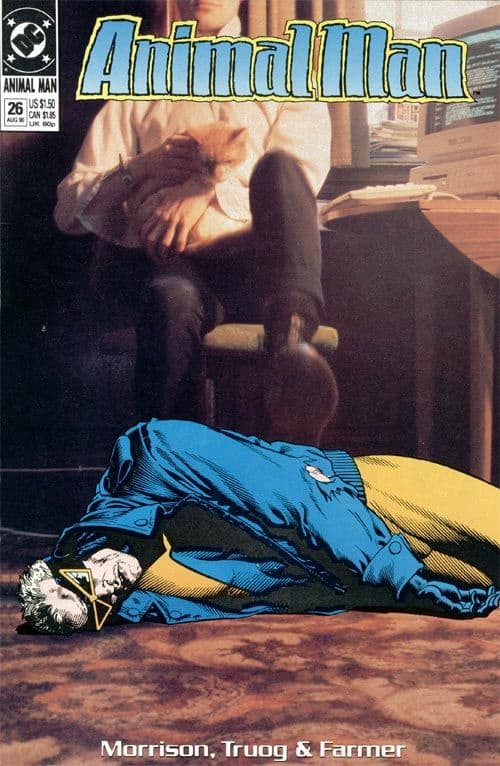 After Morrison left, Peter Milligan, whose Shade the Changing Man was impressing me at the time, took over for a short arc.  That’s what we’ll talk about next time.