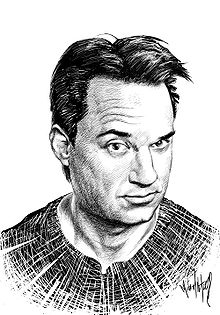 Comic book artist Norm Breyfogle died on Monday in Houghton, Michigan at 58. He’s best known for his work on Batman from 1987 to 1995. During this time, he co-created modern classic villains including Jeremiah Arkham, Mr. Zsasz, Amygdala, Scarface, and Anarky.

Aside from his work for DC, he also worked for Marvel on Avengers, Black Panther, Hellcat, Marvel Fanfare, Moon Knight, and co-created Prime for Malibu Comics’ Ultraverse.

In 2014, Breyfogle suffered a stroke, which led to an outpouring of support from fans and creators and renewed interest in his work. DC reprinted his early work in a Legends of the Dark Knight: Norm Breyfogle hardcover, with a second volume set to release in November.

Norm’s art in the 1990s was as influential for how I view Batman as Jim Aparo’s art was before Norm in the 1980s and earlier. I particularly enjoyed Norm’s Anarky…

…and his Mud Pack arc in Detective Comics.

On behalf of the Comics Nexus and IP teams, I’d like to offer our condolences to the family, friends and fans of Norm Breyfogle.