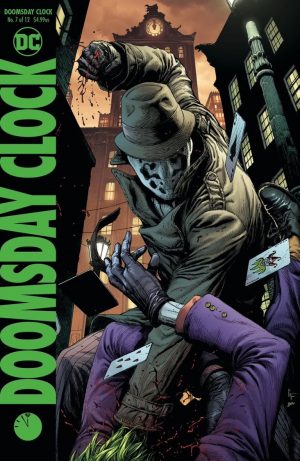 Batman Damned #1 shipped last week. In this mature reader book readers saw a silhoutte of Batman’s penis as he was disrobing. This was seen in the first print hard c copy comics, but not in the digital version or in upcoming reprints.

You can compare the original and the censored version above side-by-side. Anyhow in today’s Doomsday Clock #7… 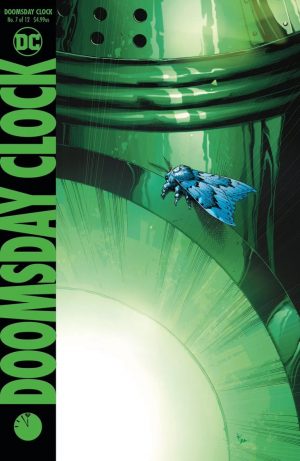 …the Joker has his own penis fun.

Whereas Doctor Manhattan’s junk parade is more benign and overt at the same time.

Does DC have a one track mind recently or readers are too sensitive about body parts? You decide.