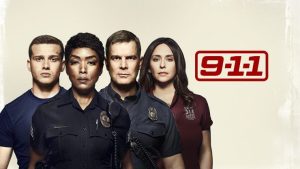 An NFL lead-in gives the second-season premiere of ‘911’ double-digit improvements over its series debut.
Fox’s 911 opened its second season on Sunday, Sept. 23 with its best ratings to date, with an assist from the NFL. NBC also got good returns from its primetime football broadcast, posting double-digit gains over the same night in 2017.

Season two of 911 debuted to a 2.6 rating among adults 18-49 and 9.8 million viewers in time zone-adjusted fast nationals. That’s a 44 percent improvement on the show’s previous same-day high of 1.8 in the demo (reached twice last season) and a 43 percent jump over the previous total-viewer best of 6.83 million for the series premiere. It was the most-watched Fox entertainment program since the season three premiere of Empire in September 2016 (excluding the post-Super Bowl premiere of 24: Legacy in 2017)

…Adding some star power this season is Jennifer Love Hewitt (Party of Five) as Maddie, sister of Stark’s Buck and a former nurse fleeing an abusive relationship. “They hide her out as a 911 operator,” says Hewitt. “She’s putting her life back together, figuring out who she is, and really enjoying being in other people’s dramatic situations rather than her own for a while.” Hewitt fills the void left by Connie Britton’s emergency dispatcher Abby, who was last seen leaving boyfriend Buck and flying to Ireland. Britton’s contract was for one season, but Minear hopes she’ll return, if only for an episode. “Buck’s kind of clinging on to [his relationship with Abby],” says Stark. “I know there are rumors that [Connie Britton] is going to come back. They’re still trying to work that out and if that happens, great!” Emergencies do have a way of bringing people together.

This was the core cast in Season 1… 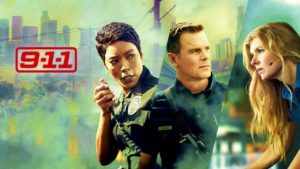