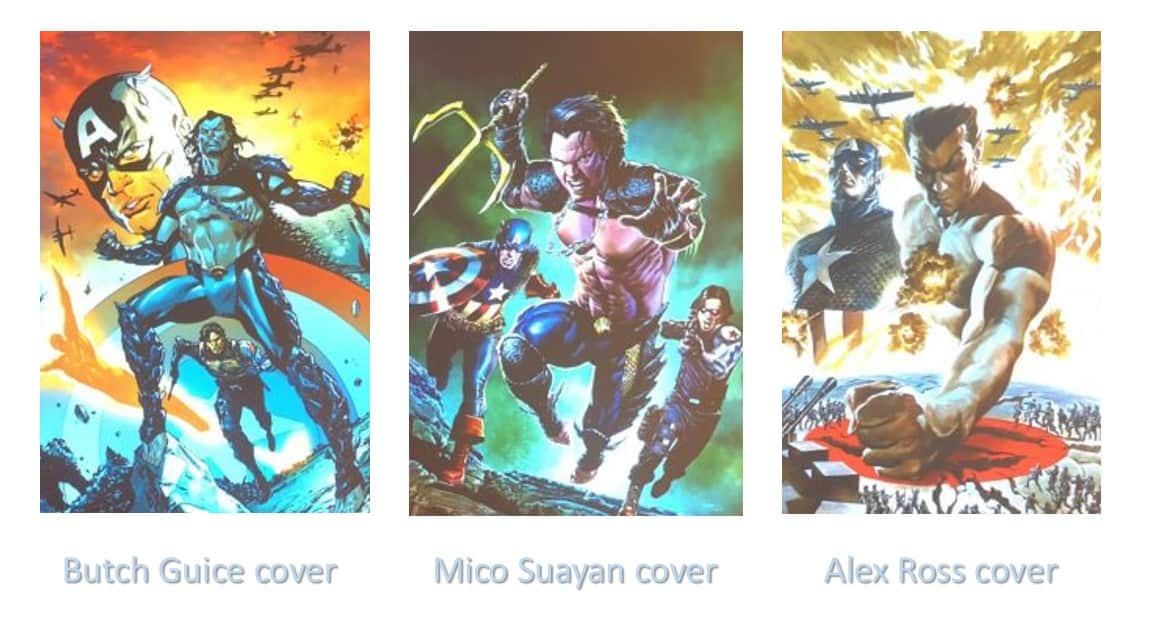 The series, announced at the NYCC 2018 Diamond Retailer Breakfast, will be set in modern day with flashbacks too from writer Chip Zdarsky and artists Carlos Magno and Butch Guice.

Writer Chip Zdarsky will team up with penciler Carlos Magno to bring the new story of the Invaders to life in INVADERS #1 in January 2019! Artist Butch Guice will create the cover; Mico Suayan and Alex Ross will provide variant covers.

Marvel’s first super team made its first appearance in AVENGERS #71 back in 1969. The WWII-era team consisted of Captain America, Bucky Barnes, the Human Torch (plus his sidekick Toro), and Namor. The powerful foursome will reunite this winter — with Bucky as the Winter Soldier and Namor as their enemy. INVADERS #1 will see Cap, Bucky, and Johnny Storm facing Namor down as the Sub-Mariner tries to unleash a new deadly threat.

INVADERS #1, written by Chip Zdarsky with art by Carlos Magno, will go on sale in January 2019!