Namor Recruits Powerful Allies For A New Team To Rival The Avengers On Eve Of Avengers #700 / Avengers #10?

The book opens with a a storyline catch-up and creators’ credits page.

The Avengers are confronting Namor…

…due to his and his people’s battle with surface dewellers over a company’s actions that killed Atlanteans.

Atlantis has also been crushed due to the whole Final Host fiasco by a Celestial. Dark times notwithstanding, Namor agrees to turn over his prisoners to Captain America for trail under surface world laws.

…killed them while they were in prison and…

…creates a Defenders of the Deep to deal with threats to Earth’s waters!

…several variant covers including this one by David Marquez. 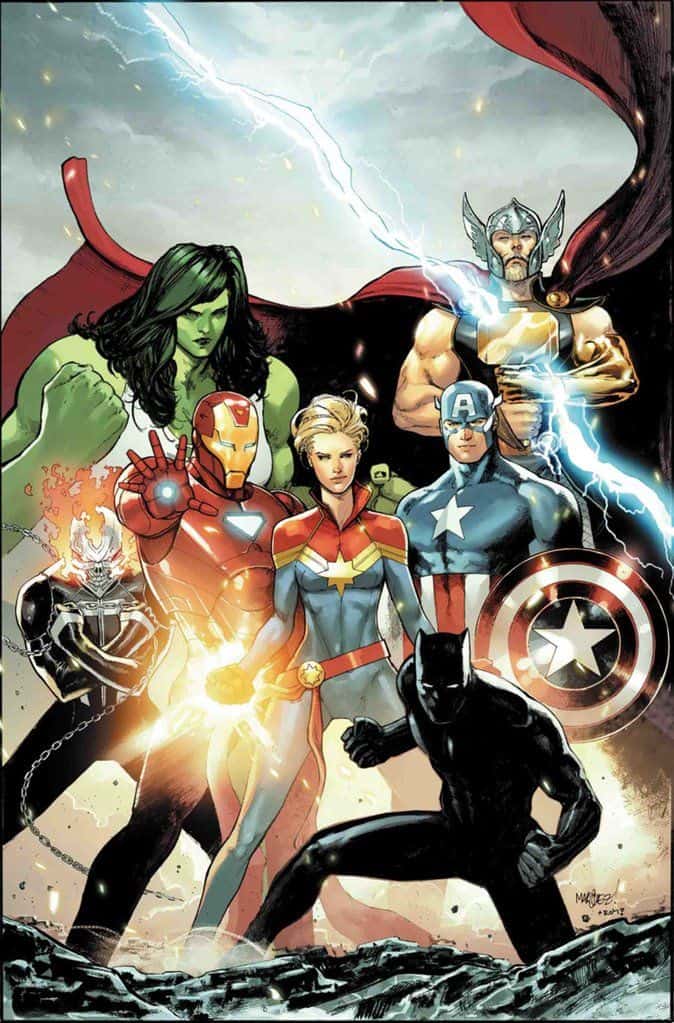