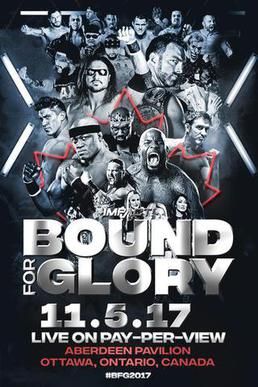 Josh Mathews and Jeremy Borash are on commentary.

~MATCH #1~
Impact X-Division Champion Trevor Lee defeats Dezmond Xavier, Garza Jr., Matt Sydal, Petey Williams, and Sonjay Dutt in a six-way match at 12:40 to retain the title. Lee has been the Champion since 9.14.17, and this is his second defense. I imagine this one is going to be non-stop action and fast-paced offense. That’s almost exactly what we get, but they work in a long heat segment by Lee on Dutt, which I didn’t expect. The most impressive wrestler in the match is most certainly Xavier, and I’m not sure why TNA doesn’t do more with him. Williams lands the Canadian Destroyer on Xavier, but Lee sneaks in and dumps Williams to the floor, and then steals the pin. Perfectly enjoyable match here, and a fine way to start the show.
Rating: ***

~MATCH #2~
Taiji Ishimori defeats Tyson Dux at 4:50. Dux is announced at 212 lbs., so apparently, he’s gained at least seven pounds since his appearance in the WWE Cruiserweight Classic. This is a first-time ever match, but neither man shows any hesitation in attacking their opponent. Laurel Van Ness shows up in the audience and distracts from the match. The cameras continue to show Van Ness, and the commentators continue to talk about her as well. Ishimori and Dux are still wrestling a match. Borash also hypes Alberto El Patron being here, but he’s not in this match either. Ishimori hits a perfect 450 Splash to get the pin. The wrestlers tried, but they had a lot of outside distractions to deal with, making this kind of a hard match to rate. Plus, it was quite short.
Rating: **½

~MATCH #3~
Abyss defeats Grado at 10:55 in a Monster’s Ball Match. Various plunder gets involved immediately, and that doesn’t go well for Grado. None of it is particularly interesting to me, but the crowd seems into it. I think I’ve seen too many Monster’s Ball matches with Abyss, and too few matches of Grado altogether to have any investment in this. Laurel Van Ness comes in from the crow and beats up Grado, and then grabs Janice. The lights go out, and when they come back on, Rosemary is in the ring. Rosemary spits mist in Van Ness’ face to take her out. Abyss goes to chokeslam Rosemary, but she talks him out of it. Rosemary then accidentally spits mist in Abyss’ eyes, so Abyss chokeslams her on a pile of tacks. Grado gets a rollup for two, but the idiot timekeeper rings the bell. Abyss then hits the worst looking Black Hole Slam (onto a barbed wire board though) to get the pin. This was embarrassing, and I have no earthly idea what anyone sees in Grado.
Rating: DUD

~MATCH #4~
Team Impact Wrestling (James Storm, Eddie Edwards & Ethan Carter III) defeat Team AAA (El Hijo del Fantasma, El Texano Jr. & Pagano) in a six-man tag team match at 15:25. EC3 is the current Impact Grand Champion. Edwards is the current GHC Heavyweight Champion, and he’s the first American to ever hold that title. Borash says Edwards will defend that title in North America for the first time this Thursday on Impact, but that is false – Naomichi Marufuji defended the title in an ROH ring all the way back in 2006. Then Mitsuharu Misawa did it in 2007. So Borash is WRONG. Both teams are motley crews, but they’re fighting for Brand Supremacy! It’s the one night of the year that Impact Wrestling and AAA face off in head-to-head competition. Pretty sure I’ve got the right company there. After the initial flurry, Team AAA isolates Edwards for a few minutes. EC3 is having trouble getting along with his teammates. Storm cleans house for a bit but then he gets overpowered and the AAA trio reclaims control. Finally, EC3 decides to allow himself to get tagged in and he’s a house afire. The referee loses control and action is happening everywhere you look. After a bunch of stuff happens, EC3 and Storm get on the same page, and Storm flattens Pagano with a Last Call superkick to get the pin. Fun tag team action here, but there weren’t any stakes beyond the teams representing different companies.
Rating: ***¼

~MATCH #5~
Impact World Tag Team Champions oVe (Jake Crist & Dave Crist) defeat Latin American Xchange (Ortiz & Santana) (w/ Konnan) at 10:21 in a 5150 Street Fight to retain the titles. Backstage, someone attacks Homicide and lays him out. oVe have been the Champions since 9.28.17, and this is their first defense. They start off brawling on the floor, and they fight all over the arena. Many weapons are used, including chains, ladders, chairs, and more. After much brutality, the mystery man is revealed as Sami Callihan, and he helps oVe destroy Santana and Ortiz to retain the titles. Solid, entertaining brawl, but adding Callihan doesn’t do anything for me.
Rating: ***

~MATCH #6~
Gail Kim defeats Impact Knockouts Champion Sienna and Allie in a three-way match to win the title at 9:45. Sienna has been the Champion since 7.2.17, and this is her third defense. This is the tenth anniversary of the Knockouts Title, which debuted at the third BOUND FOR GLORY event, and was won by Gail Kim, of course. Kim is tied for the most reigns as champion (with Angelina Love) at six. The two challengers try to work together, but Sienna overpowers both opponents and beats them up. Kim and Allie get together and take Sienna out on the floor, and then take it to each other in the ring. Sienna makes her way back in and the match turns into a bit of a mess. Allie gets taken out and Kim hits the Champ with Eat Defeat to win the title for a seventh time and ride off into the sunset of retirement. The match was not good, had no flow, and no drama. Moving on.
Rating: **

In between matches, my old roommate Jimmy Jacobs comes out to no reaction and has a brief exchange with Mathews and Borash about whether or not he works there. Okay then.

~MATCH #7~
Lashley & King Mo defeat Moose & Stephan Bonnar at 10:30 in a Six Sides of Steel match. The wrestlers take out the MMA guys to start and then they brawl. I really don’t follow MMA so I don’t know anything about Mo or Bonnar. The match, such as it is, is a mix of awkward brawling mixed with pseudo-MMA fighting. Also, lots of resting. The crowd absolutely does not care. Eventually, American Top Team all get in the ring and attack Bonnar and Moose. This is just a clown show at this point. Moose gets locked out of the cage, but makes a dramatic return with a dive from the top of the structure. Lashley hits Moose with a Spear to get the win. This was absolutely dreadful and a complete farce. I only go above DUD because I think Moose and Lashley are talented and this isn’t their fault.
Rating: ¼*

~MATCH #8~
Impact Global Champion Eli Drake (w/ Chris Adonis) defeats Johnny Impact at 19:33 to retain the title. Drake has been the Champion since 8.24.17, and this is his third defense. Impact takes the early advantage and looks focused on winning the title tonight. Adonis interferes when he can to help give the Champ control of the bout. This goes on for a long time, and despite brief dalliances into being on offense by Impact, Drake controls almost the entire match. The title belt gets involved in the match, and Impact uses it to finally take Adonis out of the equation. Impact hits the Impact Elbow but it only gets two. Impact sticks with it, and eventually hits the Starship Pain, but Alberto El Patron is here and he pulls the referee out of the ring. Impact tries to take Patron out with a dive, but the referee takes the hit instead. Patron uses a steel chair on Impact, and then hits Drake with the title belt. He puts Drake on top of Impact and the referee counts the pin. This sucked. The match was okay but long and not terribly interesting. Then, no one cared when Patron came out and TNA’d up the finish. I know they’re not technically TNA anymore, but this was TNA-iest finish they could’ve done here.
Rating: ½*

JZ Says
For being another show in another “new era” for the rebranded Impact Wrestling, it still felt just like a TNA show. The undercard has a few decent things on it, but there’s way too much garbage on this show, especially in the last two matches, to warrant a recommendation here. Don’t do it I say.