Farmhand #4 – A lot more is becoming clear in Farmhand, as we learn some of the secrets that Andy, Ezekiel’s sister, is hiding concerning why she is working at her father’s farm.  We also get a little deeper into the politics of the town, with the race for mayor coming down to a referendum on gardens. Rob Guillory, who is doing such fine work on this series, has clearly learned a lot from John Layman’s writing on Chew, as he continues to layer this story with multiple subplots, while still finding plenty of space for sight gags and humour.  This is a very strong series.

Captain America #4 – Ta-Nehisi Coates is doing a fine job with Cap, but this issue spins its wheels a little, as it positions Cap to rescue Sharon Carter, but only if he can get past the Taskmaster.  We learn the identity of the woman holding Sharon, and get a long internal monologue from Cap, as well as a cool fight scene. A good issue, but a bit of a filler… 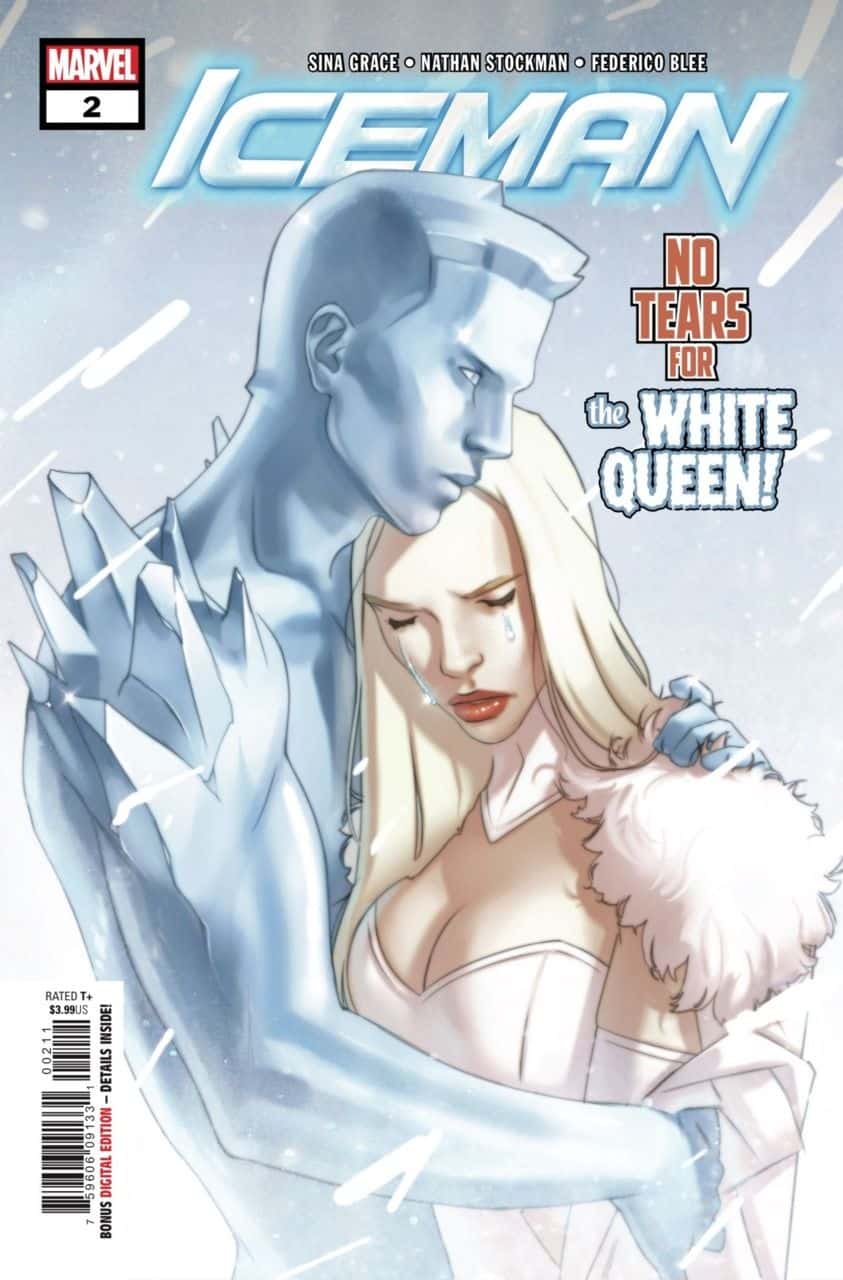 Iceman #2 – I vaguely remember Emma Frost taking over Bobby’s body back in the 90s, but am not sure if that was ever discussed or resolved between the two characters while Emma was on the team.  Now she’s more or less back to being evil, and is a lot less interesting for it. A family problem has her searching out Bobby’s assistance for pretty precarious reasons. So far, this series has not been as good as Sina Grace’s first Iceman run.  A lot of what made that book so charming would be redundant now, but Grace hasn’t really found another good reason for this book to exist. I hope he recaptures the magic soon.

Infinite Dark #1 – I took a chance on this new Top Cow series, because I’ve been increasingly in the mood for some quality science fiction comics.  The universe has experienced Heat Death, and all that remains of humanity is a single space station located outside of space (I’m not sure how that works, really – the physics aren’t explained), filled with only the two thousand people who built and run it.  None of the people expected to come live there made it. Our main character is the head of security, and while she manages her survivor’s guilt, she also now has to deal with the station’s first murder. This is as much a horror comic as it is a science fiction one, and I’m curious to see what writer Ryan Cady has planned for this.  Artist Andrea Mutti delivers his usual predictable capable storytelling, and while there is nothing really flashy about this title, it does draw me in. I intend to pick up the next issue.

Ninja-K #12 – I like the way Christos Gage has Ninjak fighting to save one friend, Gilad, while realizing that he’s not going to be able to help his lover, Livewire.  Roberto De La Torre fills this issue with some very dark, very menacing artwork. I like this arc, which does more with the fallout from the Harbinger Wars 2 miniseries than that series did.

Oblivion Song #8 – In an early issue’s letters page, Robert Kirkman said that the shape of this series was drastically different from what it seemed at the beginning.  That’s becoming clear now as Nathan has to figure out how to keep a device he helped invent out of the hands of the military, and it looks like his brother is the only person able to help him.  We also get another glimpse of the dominant lifeform in the Oblivion dimension, promising more surprises down the road for this book. This is one of Robert Kirkman’s most exciting and inventive series, and that’s saying a lot.  The artist, Lorenzo De Felici has really grown on me, and is becoming a favourite, in the James Harren part of my brain.

Shadow Roads #4 – Now we really have a good lay of the land, as the two factions of main characters meet, and in talking to one another, make clear the nature of The Hunter, their foe.  Cullen Bunn and Brian Hurtt are giving us a story that feels familiar to The Sixth Gun, while also very much its own thing. If you like mystic Westerns, you’d probably enjoy this.

Survival Fetish #4 – I really like this Black Mask series by Patrick Kindlon and Antonio Fuso.  Honolulu has become a confusing maze of office towers controlled by various armed factions who are at war with one another.  Saheer is a runner who is trying to escape it all, and wants to take his girl with him when he goes. That requires him to arrange passage to freedom, which is not as easy as a pocket full of cash would make it seem.  Kindlon is emerging as a writer to keep an eye on (his previous series, There’s Nothing There was also very impressive), and Fuso is always dependable. I’m looking forward to seeing how this all ends next month (or, in typical Black Mask fashion, whenever the last issue comes out).

The Wilds #5 – This Black Mask series has really launched the career of its writer, Vita Ayala, whose name is now starting to ring out all over comics.  I’ve really enjoyed this take on a Walking Dead style book. Ayala has built an interesting world with some unique and original elements to it (the zombies are kind of plant based, for one).  This final issue brings things to a very effective close, and leaves me wanting to read more about this world. One fault I have with this issue is that, with only four previous issues to go on, I wasn’t always familiar with the secondary characters, who got larger parts in this issue.  It made it hard to care about the peril they were in at times. Emily Pearson is an interesting artist, whose action scenes still feel a little too stiff. I’m looking forward to Ayala’s upcoming book at Valiant, and am definitely going to be checking out any of their future work. I recommend reading the trade when it comes out if you haven’t been following this series.

My Heroes Have Always Been Junkies HC

X-Men Blue #30-33 – I’m guessing that Cullen Bunn was told to spin his wheels for a while, as his main characters are learning their fates in the Extermination series, but Marvel wanted to squeeze one more trade paperback out of this title.  I’m also guessing that Bunn wishes he was still writing the Magneto solo series more than he wants to write this. The result? Some mediocre comics that aren’t doing much for any of the characters.