First Look At Ruby Rose As Kate Kane The Batwoman For CW Arrowverse X-Over Elseworlds With Supergirl, The Flash and Arrow.

Here’s more on who Batwoman is compared to Batman. 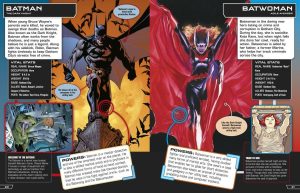 The x-over takes place between December 9 and 11.

The 3-part event is called Elseworlds and will also feature…

…the Monitor played by LaMonica Garrett. The Monitor’s name will be Mar Novu.

No word if other Monitors or the Anti-Monitor will appear.