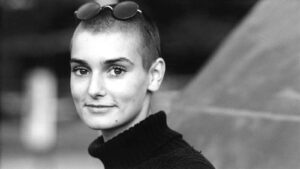 Sinead O’Connor Reveals She’s Converted to Islam: ‘I Am Proud to Have Become a Muslim’

Sinead O’Connor has a new religion — and a new name.

Last week, the “Nothing Compares 2 U” singer, revealed on Twitter that she had converted to Islam.

“This is to announce that I am proud to have become a Muslim,” O’Connor wrote on Oct. 19, explaining that her new faith “is the natural conclusion of any intelligent theologian’s journey.”

“All scripture leads to Islam. Which makes all other scriptures redundant,” she added, before revealing she would henceforth be known by a new name. “I will be given (another) new name. It will be Shuhada.’”

In addition to changing her name on her Twitter page, the singer also replaced her profile picture with a photo that reads “Wear a hijab just do it” alongside the Nike swoosh logo. Additionally, her Twitter bio now reads, “PLEASE BE AWARE THAT IF YOU POST RACIST OR ANTI MUSLIM RHETORIC ON THIS PAGE YOU WILL BE BLOCKED.”

One day later, the Irish singer shared that she had been given her first hijab, writing that she wouldn’t be sharing a photo because it’s “intensely personal,” before humorously adding that there was a second reason she wouldn’t be posting a photo.

Over the next couple of days, the Irish singer went on to share a number of photos of herself wearing a head covering, simply writing that she was “happy.”

These are a few of her recent tweets.

She also has this empowering message to other women of Islam on her twitter account as her pic.