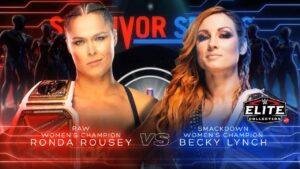 Evolution 2018 had many thinking the Becky Lynch vs. Charlotte Flair match should have main evented the show instead of Ronda Rousey vs. Nikki Bella. That feeling only intensified after the PPV when many said the Lynch vs. Flair match was the Match of The Year by any male and female superstars.