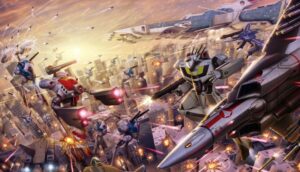 It changes everything for the comics saga. That’s all we know so far about this fan fave pop culture franchise.

For more on this 33 year old beloved and evolving franchise check out their official website.

The last issue out from Titan Comics was Robotech #13 in October 2018.