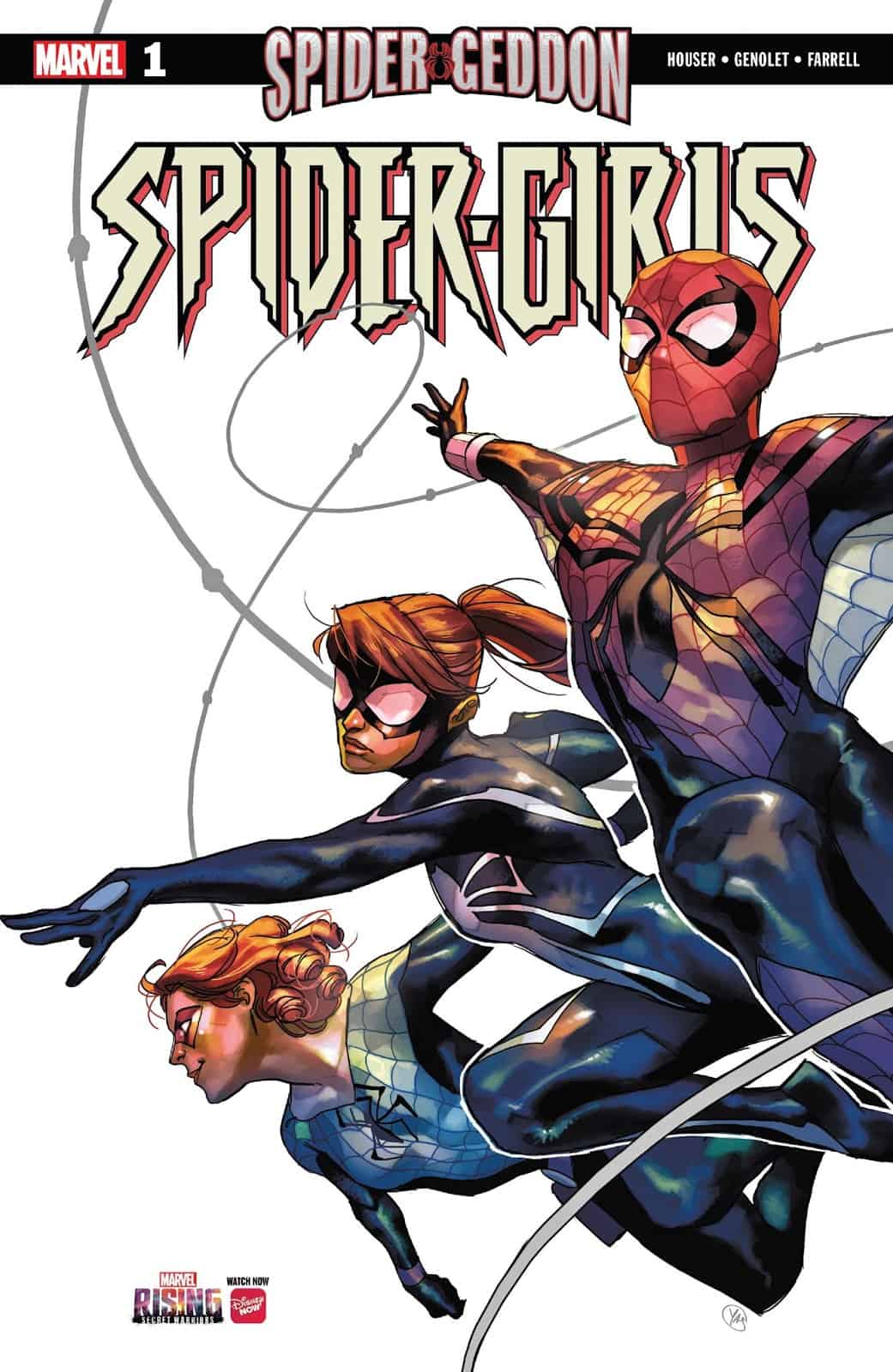 We open with a storyline catch-up and creators’ credits page.

That world’s Vulture attacks them, but they are saved by that Earth’s Spider-Girl Anna May Parker, and her spider-powered parents Peter Parker and Mary Jane Watson Parker.

After the battle we get introductions and a catch-up the Spider-Geddon premise.

Readers are also caught up on what’s the deal in Amazing Spider-Man: Renew Your Vows series including…

…that Spider-Girl’s heightened spidey sense which may be what’s need to stop the Inheritor’s threat to the multiverse’s spider-people.

The Spider-Girls team up while Peter and MJ join the broader Spider-Geddon fight. 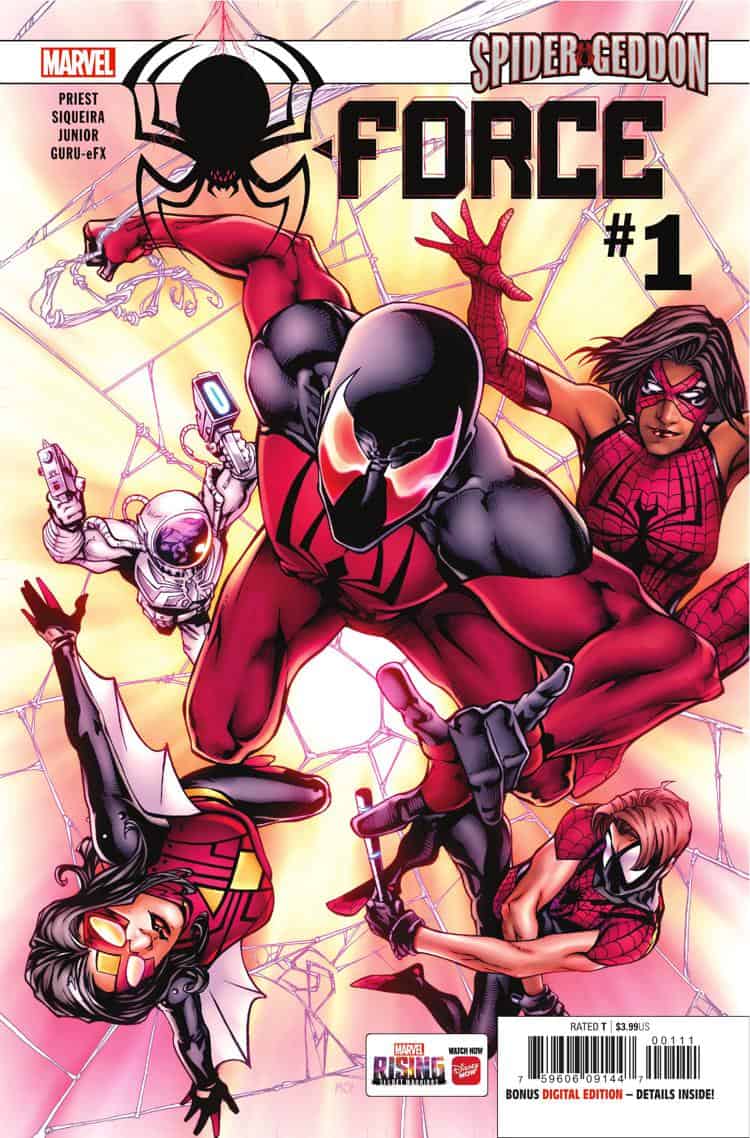